Workplace culture varies from business to business, but there are many surveys proving that the firms with the most contented employees boast higher productivity and lower staff turnover.

Georgiou, a firm that delivers projects in civil engineering, building and infrastructure is such a company. So it was not surprising that the focus of the new Georgiou offices in Perth was just as much about staff as it was about clients.

Anthony Ewing, director of HBO + EMTB, says the client wanted the office environment to embody a sense of family – it needed to be an inviting space that would reflect the closeness of the team and the welcoming nature of the business. A modern aesthetic, and open-plan "egalitarian" layout were also required.

"The company was moving into premises that had previously been occupied, so we started by completely gutting the interior of the building, taking it right back to its shell," says Ewing.

"We also chose to go back to basics with honest materials. For example, screens and balustrading in the double-height reception area are in oxidising iron; and the original concrete floor of the building has been polished to expose the concrete, imperfections and all. Similarly, we have removed ceiling tiles to completely expose the building services in many parts of the office. In a sense, this is a reflection of the company's open culture – nothing is concealed." 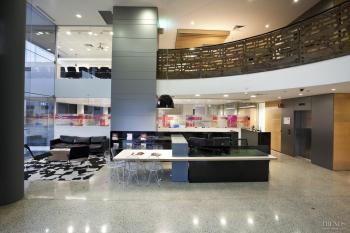 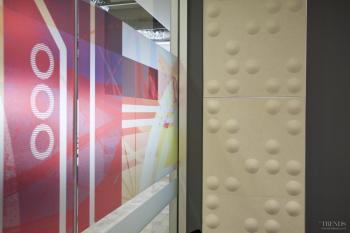 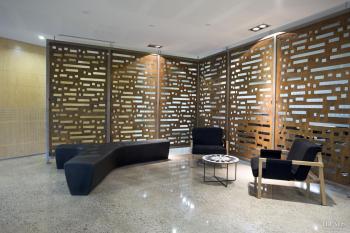 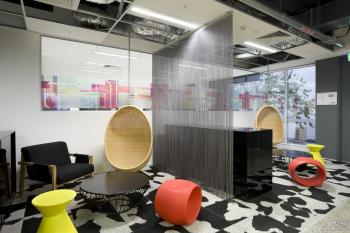 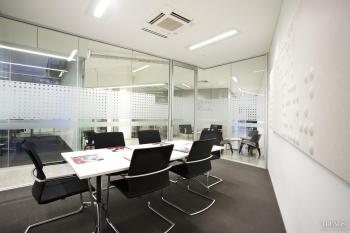 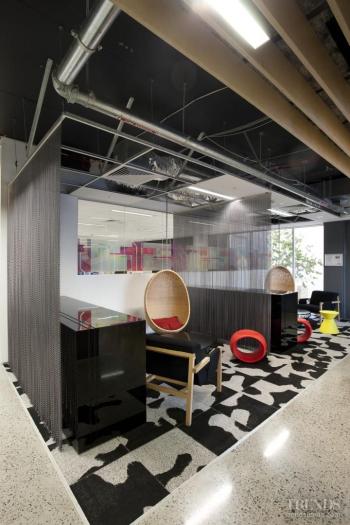 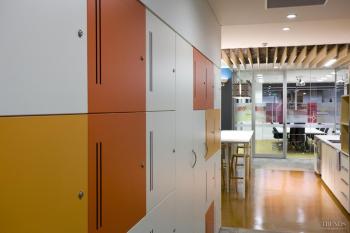 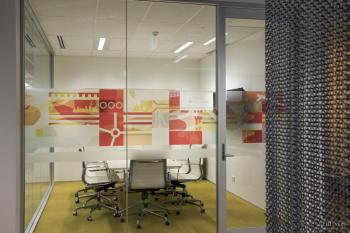 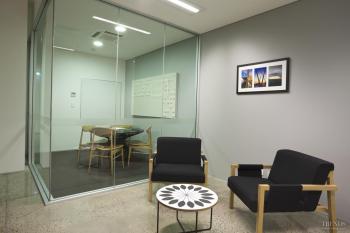 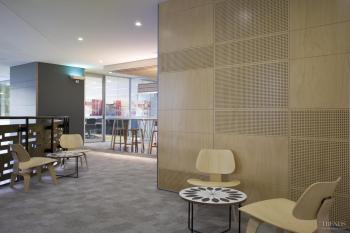 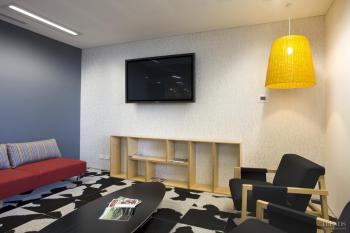 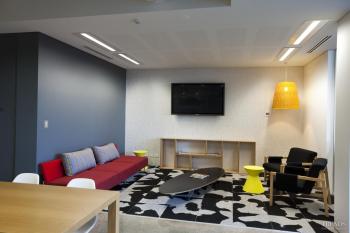 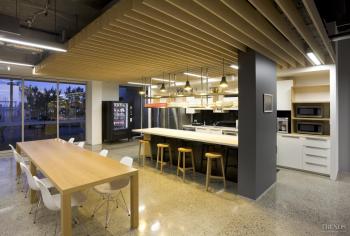 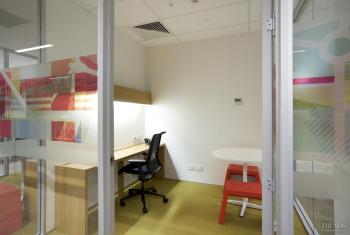 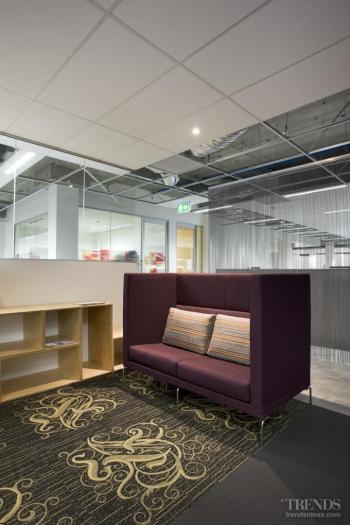 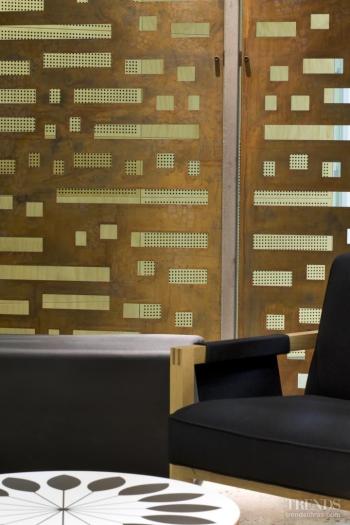 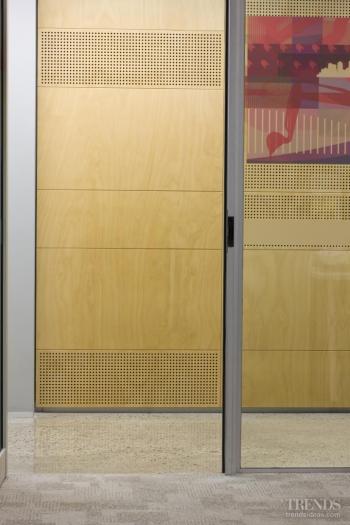 Ewing says the design of the interior was also driven by a desire to express visually the robust nature of Georgiou's business in civil engineering, building and infrastructure development.

"There is a distinctly masculine feel to the space, but this is balanced by the fact that we took an almost domestic approach to the fit-out. In the reception area, for example, there is a table next to the reception desk where clients and staff can sit and chat. It expands on the idea of family and community, which is a common theme throughout."

Because there are several different divisions in the company, the team provided a variety of spaces for client interaction.

"The divisions relate to clients in different ways, and we needed to accommodate this," says Ewing. "There are spaces for informal chats, impromptu and formal meetings."

Similarly, the company wanted to provide a number of different meeting areas for staff. Meeting spaces are positioned next to training areas, which can all be reconfigured easily as required. Glass partitions reinforce the sense of openness and connection, and colourful graphics link back to the company's core business.

"We have provided a number of common areas that create opportunities for people to interact," says Ewing. "While the client areas feature light wood furniture and wall panelling that speak of a refined, polished professionalism, the staff areas reflect a much more colourful, fun approach. The client was happy to be more adventurous in the design of these spaces."

Staff breakout areas include niches separated by mesh screens, with colourful, sculptural seating and patterned black and white carpets. There is also a library nook for quiet study, and a kitchen that opens to an alfresco dining terrace.

Work areas are defined by an open-plan layout that includes management workstations, reinforcing the company's belief that everyone makes a valued contribution and is important.