Spanning half a century – 1950s remodel Discover this article's resources 0

Building up is often a way to maximise a great view. But for this project on a steep hillside above Los Angeles, it was more a case of building out. To obtain the best views of the Pacific Ocean, a cantilevered addition to the 1950s house was required. The design was proposed by Stephen Kanner FAIA, says Kanner Architects project architect Nicolas OS Marques.

"The original house was nestled on one side of the site and the only way the owner could enjoy the view was to place a couple of chairs on a small paved area at the edge of the hill. It made sense to build out to this area to get the best views."

Marques says the existing house was very small, but it did have a Mid-Century Modern character that the owner wished to preserve.

"The house had fallen into disrepair over the years, but there were elements we wanted to keep, including a double-height glass wall with white-painted wood sills and mullions. In the event, this needed to be replaced, but we specified a near-identical wall with the same elegant look."

The owner, a local restaurateur, says the house was typical of many Californian homes built during the mid '50s. 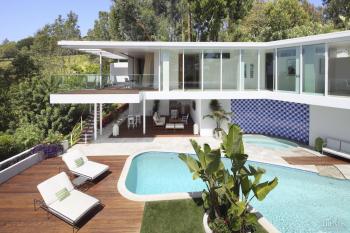 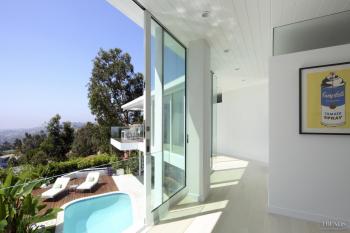 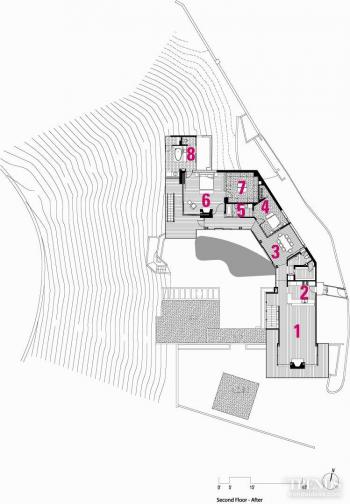 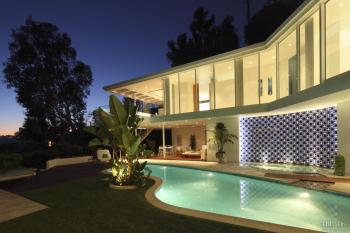 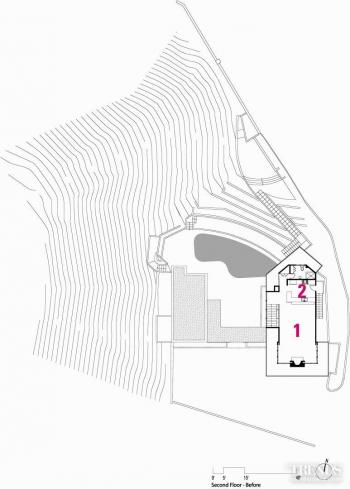 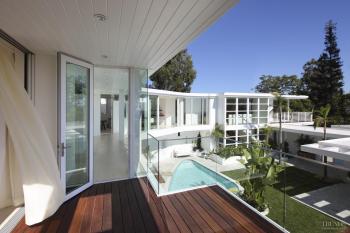 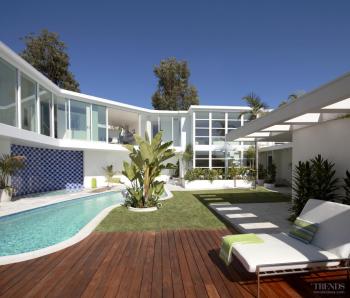 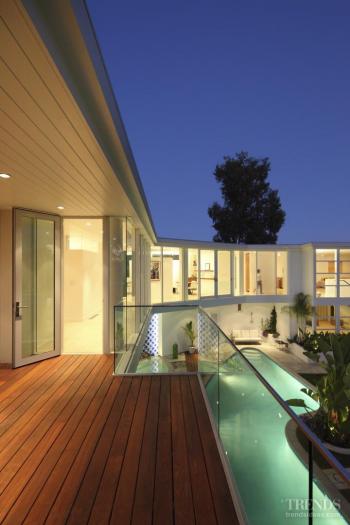 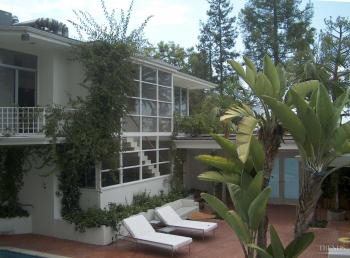 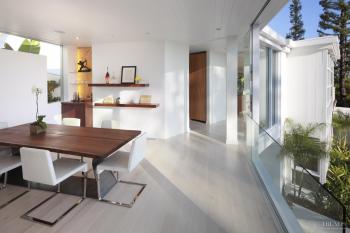 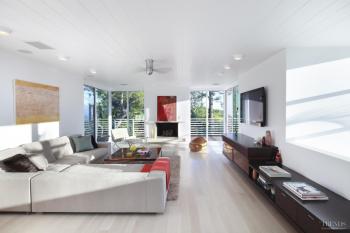 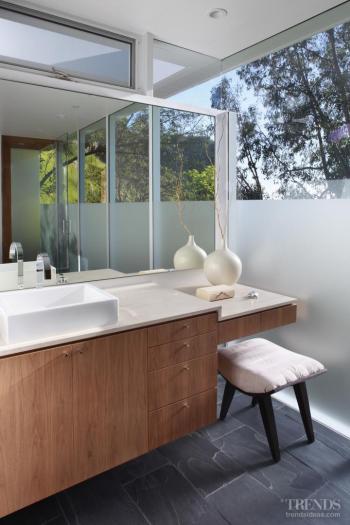 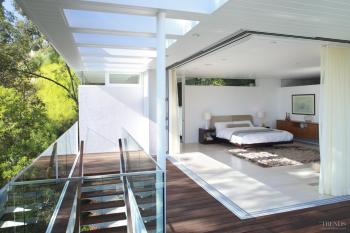 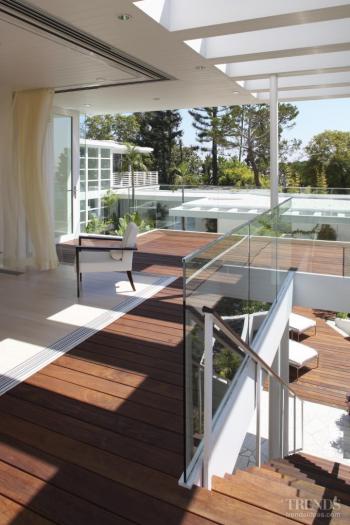 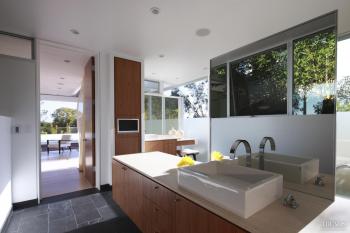 "Although it was small, it had a lot of character. It wasn't too boxy and it felt tropical, with a good indoor-outdoor connection. I wanted to retain the sense of a retreat – a place where I could escape the hustle and bustle of the city below."

Marques says it was important to create a seamless transition between the old and new parts of the house.

"The architecture needed to have the same clean lines, materials and modernist geometry as the original. We didn't want the wing to look like an obvious addition."

With this in mind, Kanner wrapped the two-storey addition around the pool area, cantilevering one end over the hillside. A fully glazed circulation area on the upper level runs the length of the wing, from the living area, through the new dining room, past a new guest suite and on to the master suite at the far end.

The dining room, in the centre of the addition, features sliding glass walls that open up to the bay view. The living room, in its original position, has a view back to downtown Los Angeles.

"The interior is a lot lighter and airier than before – a look we continued with the addition," says the project architect. "The far end of the new wing, for example, accommodates the master suite on the top level. One entire corner peels back to open up the suite to the deck and view. With the pavilion-style cabana directly below, this end of the house appears to float out towards the trees and the view beyond."

Marques says the floating staircase on the outside reinforces the sense of weightlessness created by the cantilevered wing.

The cabana includes casual seating, as well as an outdoor kitchen. The floor, like all the decks and platforms, features mangaris hardwood. Protected from weather extremes, the sitting area is positioned to catch the sun in the southwest, and to provide an ideal space for entertaining by day or night.

A key feature of the exterior of the new wing is a large blue-tiled accent wall that's in keeping with the '50s design influence. Similarly, the swimming pool retains its original shape, but has been completely refurbished.

"We introduced new ledges and made the pool shallower so people could sit and stand in the pool – it is much more conducive to entertaining," says Marques. "A new ellipsoid Jacuzzi beside the blue wall incorporates a runnel – water runs down a small channel beneath a small bridge to fall into the main pool."

Both pools are heated by a solar water heater, powered by photovoltaic panels.

"Sustainability was a key driver for the design," says the architect. "We were very conscious of the need to provide cross ventilation for passive cooling in the house. And rainwater is collected from the roof and used to irrigate the garden. We also fully insulated the roof and walls in both the new and old wings, to create a comfortable environment all year round."