The expanded Westfield Riccarton presents a guiding light for the future of retail therapy, social interaction and entertainment

Westfield Riccarton had previously been expanded in 2004, with an extension linking it to the nearby Rotherham Street, effectively adding the attractions of this famous restaurant and café precinct to the mall.

The 2009 expansion introduces a new tier of retail and entertainment opportunities set atop the groundlevel 2004 extension, connecting with and expanding the cinema and Farmers store already at this level, and looking out over Rotherham Street's bustling sidewalks. The feel of the new space is welcoming and contemporary, with natural touches that echo and celebrate the local environment. 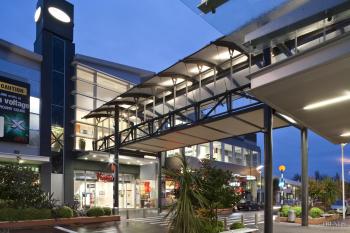 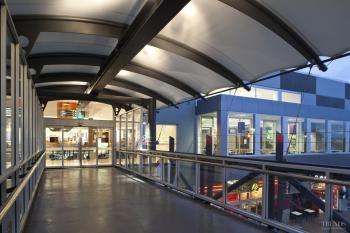 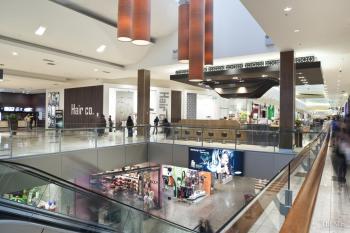 In addition, a new four-level carpark building has been built alongside, supplementing and in some cases replacing rooftop carparking on the mall itself.

The aim of the extension was to build on and diversify the mall experience for the greater Canterbury area, says Westfield's general manager - design, Rod Marler.

"People travel a good distance to this venue, and we wanted to give them a sense of arrival," says Marler. "The interior architecture of the new space is an important part of its immediate allure.

"With the original skylights removed to add the new second level, natural light was reintroduced with the addition of new skylights on the upper level. Voids in the floor ensure sunlight still floods into the lower level."

These same voids provide sightlines between the levels. There are two strong connecting nodes. At one end, high-profile retailers Country Road and Witchery are set near the approaches to the upper level, enticing shoppers up from the floor below. At the other end of the mall, the Café Court and the expanded cinema complex exert an equally strong attraction.

"The new development connects much better with Rotherham Street now – in fact, a second vehicular bridge has been added across this precinct allowing drivers to navigate easily between the retained rooftop carparking on the mall and the new parking building, and complements an existing footbridge.

In terms of decor, the walls are largely white – letting individual shop fronts speak for themselves. Colours and materials complement those of the 2004 upgrade. Natural touches such as sandstone, timber-look tiles and a colourway of rich browns and creams call to mind the natural charms of the Cantabrian area. Adding to the local theme, the new skylight features a snowflake pattern that fragments sunlight during the day and shows up when lit from beneath at night.

"A central focus of this upgrade is the Café Court," says Marler. "Luxurious tub chairs, a stone fireplace, attractive floor and timber panelled wall treatments all add to the cosseting effect."

"Whether approaching from the pedestrian bridge from the carpark building, up the escalator, or through the cinema complex, we really wanted this new area to make an immediate impact, communicating comfort, luxury and fine dining," he says.

The new addition increases the number of retail outlets by 45, bringing the total to over 200, and includes several high-profile names. There is a new cinema screen, and carparking facilities have increased to 2400 overall. Spacewise, the mall has grown by 8200m2, taking it to a total of 54,000m2.

"However, this substantial expansion is about more than numbers," says Marler. "It is about growing a heart for a broad geographic area – offering a rich and exciting retail and entertainment experience."

For further information on Westfield Riccarton, visit the website:www.westfield.com .