Every great interior has a starting point, that special something that provides the springboard for everything that follows.

For this high-end Singapore apartment, which has a prestigious Nassim Road address, it was the custom screen at the entry that inspired the rest of the interior.

"It was obvious that we needed to bring natural light into the foyer," he says. "We consequently found a way to turn a negative situation into a positive feature by introducing a bejewelled screen, which itself was inspired by gemstone settings in beautiful Bulgari jewellery."

The screen features a bronze frame inset with translucent rock crystal, capiz and mother-of-pearl mosaics, polished stainless steel and shagreen – stingray skin. Woo added a Macassar ebony and stainless steel table in front of the screen. As with most of the furniture pieces throughout the apartment, this was custom designed by Cameron Woo Design. 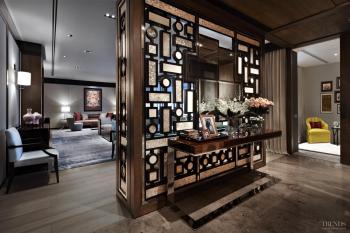 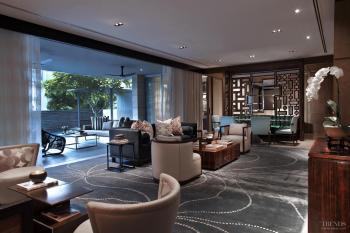 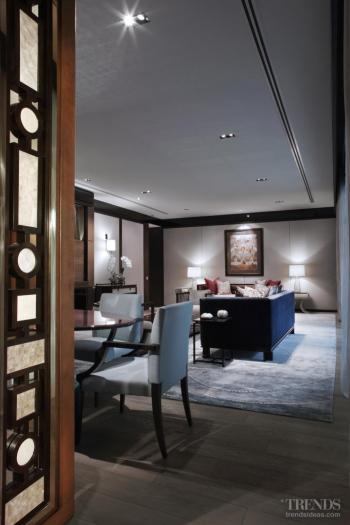 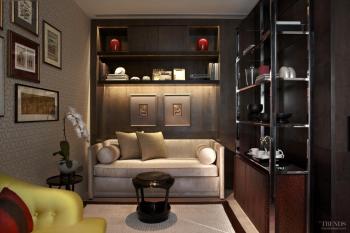 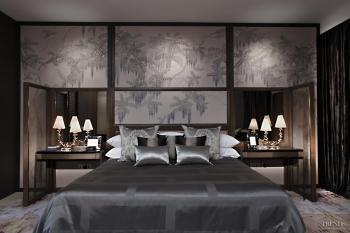 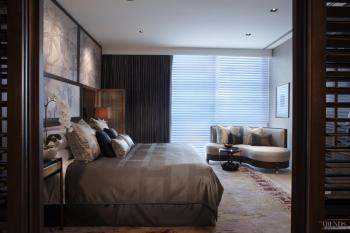 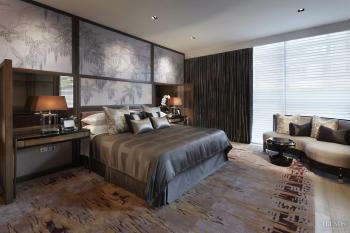 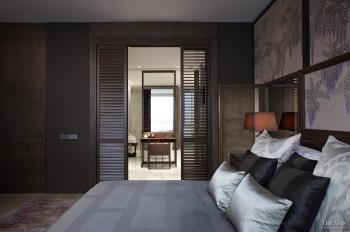 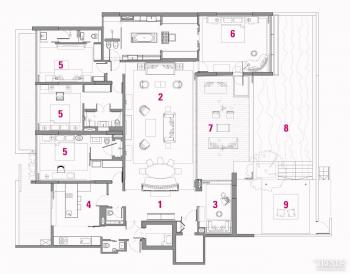 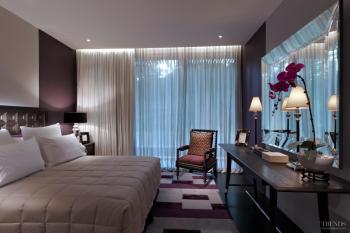 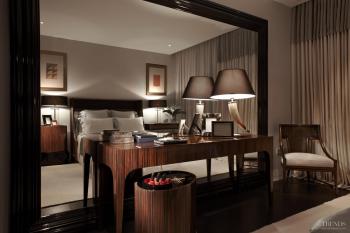 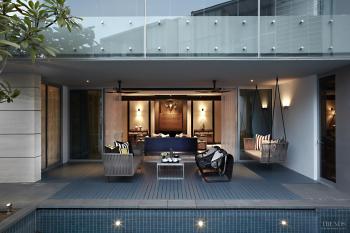 "The colour palette for the rest of the interior comes from the jewel-like notion of the screen," says Woo. "Immediately behind this piece, for example, is an emerald green sofa, which enlivens one end of the open-plan living area. We also introduced a dining table in a purple-sapphire shade, and a wonderful gold chair in the reading room, which I call the Bewitched chair, because it reminds me of that television show, and it's a totally unexpected piece in a contemporary setting."

Woo says a lot of modern interiors are not particularly colourful, and he wanted to create something quite different. The interior also needed to have a strong international flavour, to reflect the clients' background – the owners are well travelled, with homes in several countries.

"The central linking element for the entire living room is the blue-grey rug, which has a shimmering pile that creates a shadow effect. The geometric pattern is reminiscent of underwater sea ferns, with the waving fronds bringing both halves of the room together."

Other furniture in the living room includes lavender grey chairs, a dark navy sofa, which anchors the centre of the room, and custom Macassar ebony tables with drawers lined in emerald green velvet – even the handles resemble items of jewellery.

"The interior is also about proportion," says the designer. "Just as in the natural world, some things are small, others are large, some tall, others low. In every room, the furniture and furnishings are balanced to create a cohesive look."

In the master bedroom, soft lavender grey reappears in a dramatic hand-painted silk wallcovering from de Gournay in Paris. Woo covered the headboard in the same fabric, so it appears as an extension of the pattern on the wall behind.

"The rug in this room was inspired by the traditional Florentine flame-stitch motif. But it also has an Indonesian feel – an East meets West design approach. Other special features of this room include bronzed mirrored panels behind the nightstands, and a sensuous corner seat. We also added large patterned cushions, which always work well on beds."

Furniture in the other bedrooms includes other custom pieces, such as a contemporary dresser that offers a modern take on an antique Chinese design.

"The essential line of the traditional design is there, but is has been refined to a contemporary silhouette,"says Woo. "As with all our furniture, it is versatile and multipurpose. Many of the pieces can be added onto or subtracted to change the functionality to suit the purpose."