Preservation of life has always been the main aim of the New Zealand Building Code as it relates to seismic requirements. But a new seismic structural technology is also addressing the life of the building itself.

Architect Jasper van der Lingen of Sheppard & Rout Architects and engineering consultant Jade Kirk of Kirk Roberts Consulting Engineers worked closely with a development team at the University of Canterbury, which has pioneered the technology.

"At this stage, only a few buildings have been constructed using the system," says van der Lingen. "But the building owner Tony Merritt suggested we explore this new earthquake-resistant timber technology – there was a real synergy in that we both wanted to do this. In reality, the disruption caused by earthquakes can be immense and the idea of reparable buildings that utilise damage avoidance technology holds a lot of appeal.

"Traditionally, Christchurch buildings have featured stone, concrete and masonry – this is a city that is accustomed to big, heavy buildings that look as though they are going to last forever. But following the earthquakes, that kind of architecture does not seem nearly as appropriate. Instead, we are looking at lightweight, flexible buildings that move with tremors to absorb their energy." 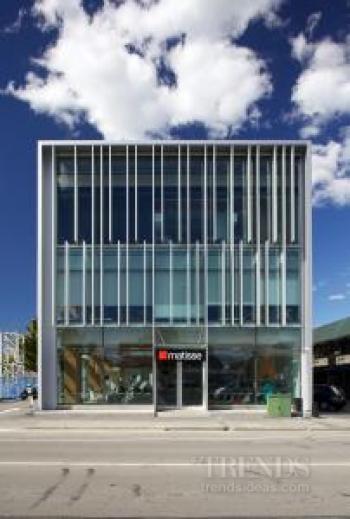 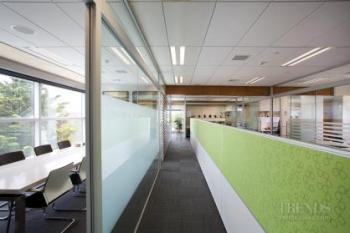 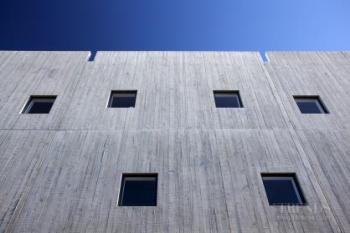 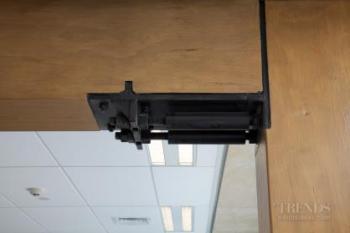 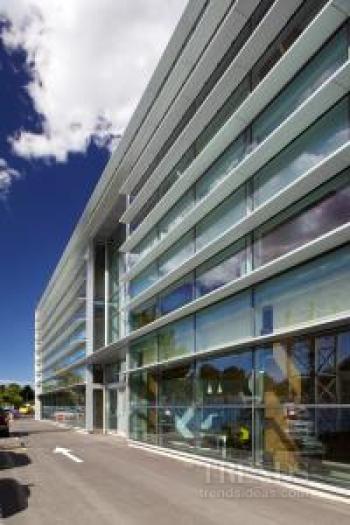 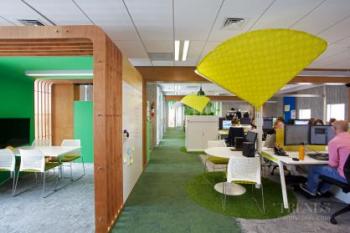 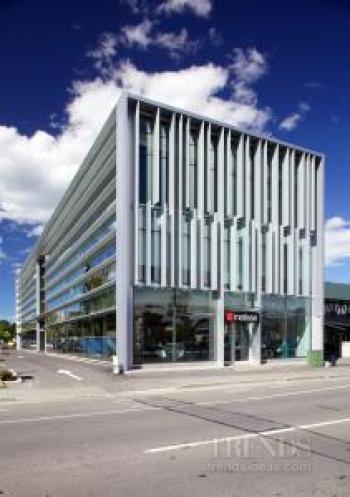 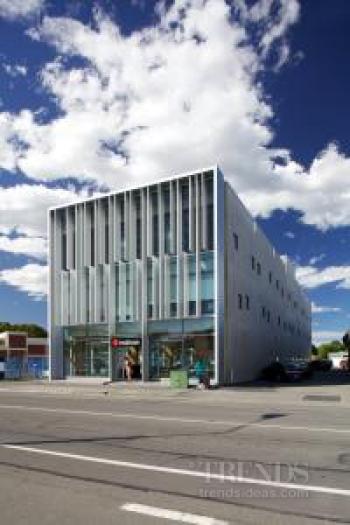 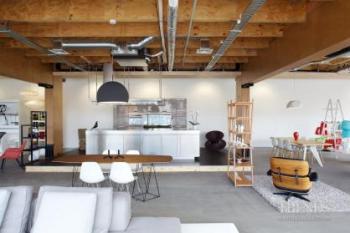 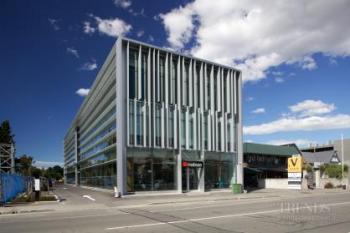 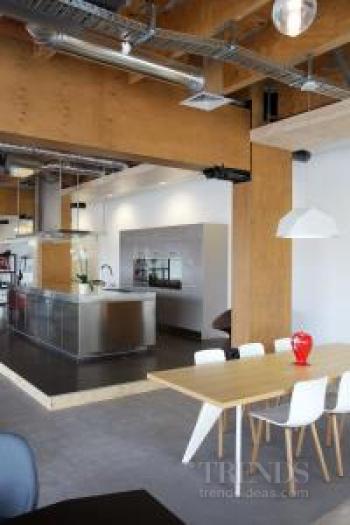 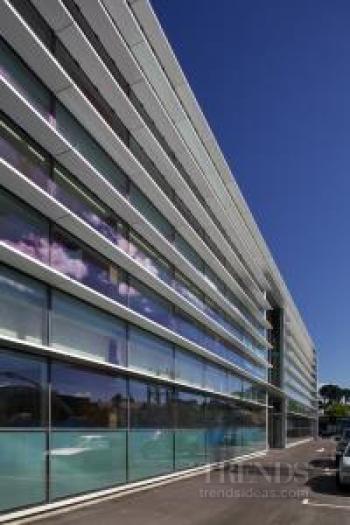 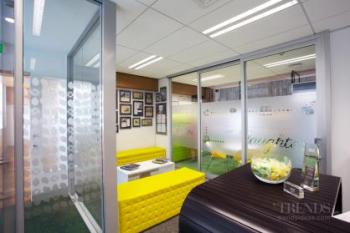 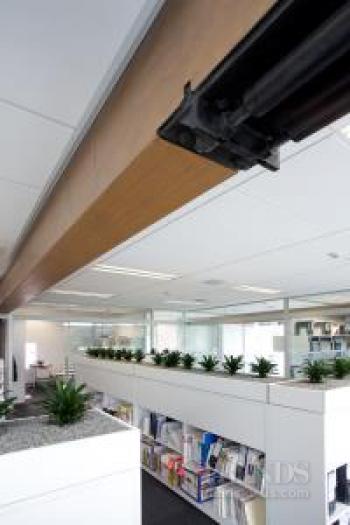 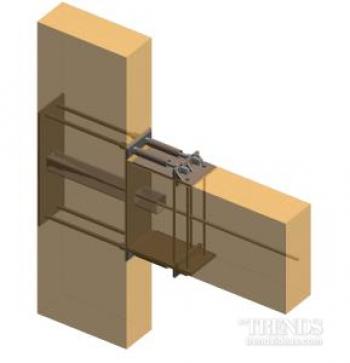 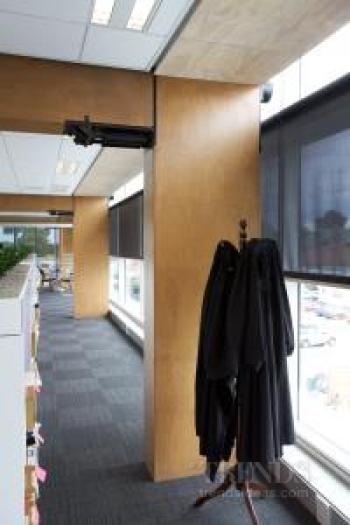 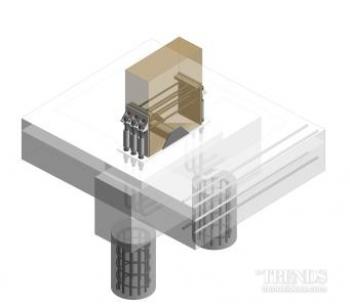 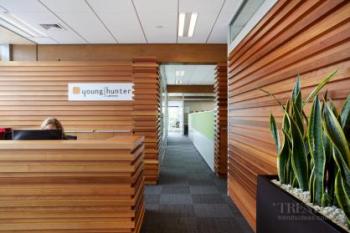 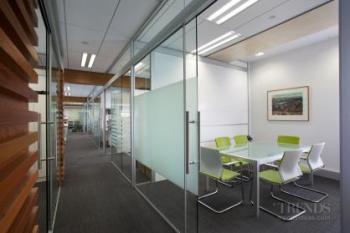 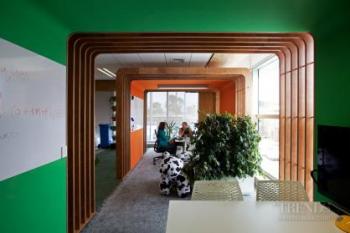 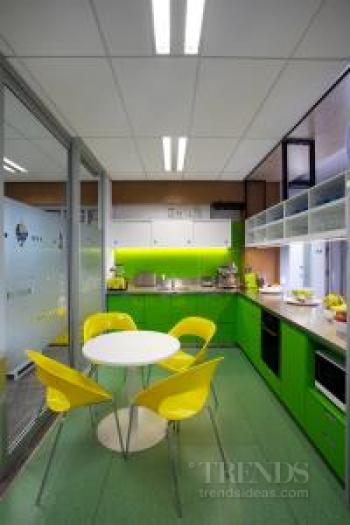 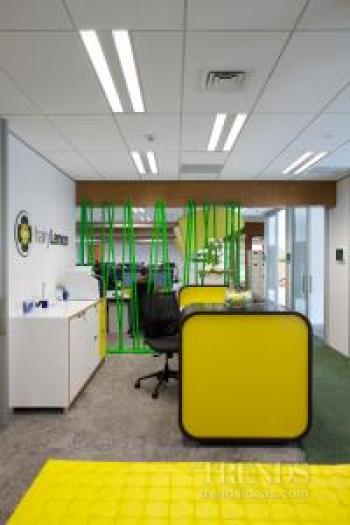 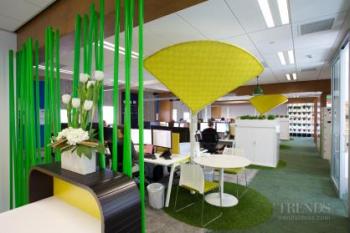 The new building is consequently framed with massive LVL (laminated veneer lumber) beams and columns, with post-tensioned steel tendons running through the beams. Using LVL ensured the beams could be engineered to be longer, thicker and stronger than natural timber.

"Right from the start we decided that we would make a real architectural feature of the technology," says van der Lingen. "All the beams, columns, and frame joints are exposed. Matisse, the retail tenant on the ground floor, took this one step further, exposing all the services. Throughout the building the wood imparts a warm glow that is very inviting."

The design team continued the exposed wood theme in the main lobby, creating a plywood staircase for the main circulation area.

"It's a very sculptural staircase that winds up all three levels, encouraging people to use the stairs, rather than the lift," says the architect.

Three sides of the building are fully glazed – a recess in the long north-facing elevation signals the main entry to the building. To minimise solar heat gain inside the building, the design team added large horizontal fins to this elevation, and vertical fins to the west facade facing the street.

"We wanted people to be able to read the timber structure from the street – after all this is the building's real point of difference," says van der Lingen. "The fins block the direct sun, but the building still has a good transparency."

Because the south-facing side of the building is close to the adjoining site and needed to be firewall rated, there are only a few small window penetrations. This wall features precast concrete, imprinted with a pattern from the roughsawn timber formwork.

"We wanted to carry that wood association right through the building, from the inside to the outside and vice versa."

For many people in the building industry, it is the damage avoidance technology behind the self-centring LVL post-tensioned, performance-based structure that is capturing attention.

Engineer Jade Kirk says the LVL beams are post tensioned with a clamping action that can withstand a force of 1000-1500 kilonewtons.

"The entire beam-column connection is designed as a rocking mechanism. The post-tensioned strands within the beam are rather like a large elastic band – they elongate as the frame moves and the joint opens up. As the post-tensioned strands stretch, they work to pull the frame back together, removing all residual displacement in the building. At the same time as the joint opens up in the tension zone, the energy dissipater starts to yield and removes the energy of the earthquake.

"After a major event, the dissipaters are replaced with new ones. This means a building can be restored back to its original state relatively easily, incurring minimal cost."

Kirk says that even though the construction method costs less than a conventional steel and concrete office building, the technology ensures the building performance is greatly improved.

"This building has been designed as a normal commercial structure capable of withstanding forces based on a 1 in 500 event. However, it has the ability to continue to maintain capacity up to a 1 in 2500-year event. This means the building has a performance level well in excess of typical code requirements."

Kirk says this building features displacement-based design philosophies, which will most likely pave the way for future construction.

"Already, Kirk Roberts has worked on five of these buildings, and an extraordinary amount of time and research has gone into the development of the technology. We see this as an exciting era for the construction industry."

Van der Lingen is also optimistic of the future for such buildings, especially in Christchurch, which he describes as a very resilient city, one that is prepared to push the boundaries.

"The sustainability aspect is important – to be able to repair rather than demolish is a major green benefit. Also, this building already features many sustainable design initiatives. For example, the wood in the LVL is plantation pine that was grown and processed in New Zealand. And timber itself captures, rather than produces carbon.

"The intellectual property is also local, and all the prefabrication is carried out by local firms using locally sourced materials – a win-win situation."