With its dramatic architectural stepping form, Singapore's Sky Habitat balances high density living with a focus on community and well-being for its residents

In the 50 years following its independence, Singapore has transformed itself to become one of the world's wealthiest nations. Hand in hand with this enviable economic development has been the ever changing nature of its built environment – this small island nation's skyline boasts an impressive number of innovative buildings, designed by some of the world's top architects.

These buildings are not restricted to high-end commercial towers or developments to grab the attention of tourists. They include high density, residential developments aiming to give ordinary Singaporean families the benefits that principled architecture and design can bring to a project.

CapitaLand's The Interlace, designed by OMA/Ole Scheeren, led the way. Now the same developer has added the 38-storey Sky Habitat by Safdie Architects to its distinctive residential portfolio.

CapitaLand Singapore's CEO Wen Khai Meng says that, given the rise in lifestyle aspirations, homebuyers are including design attributes among the variety of factors they assess when looking for their new home.

"Architectural design is thus one of the various differentiators in Singapore's private residential market," he says. "For CapitaLand to stay ahead, we believe in continuous innovation and coming up with value-enhancing ideas, features and services in every aspect of the customer experience." 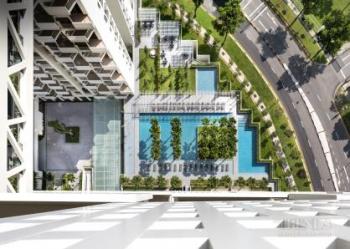 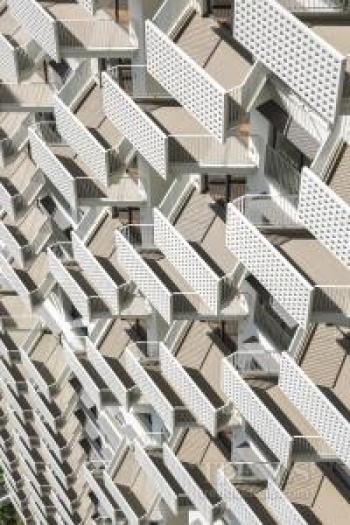 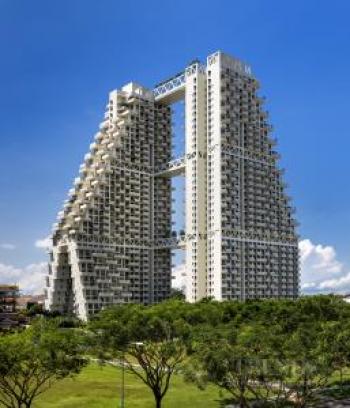 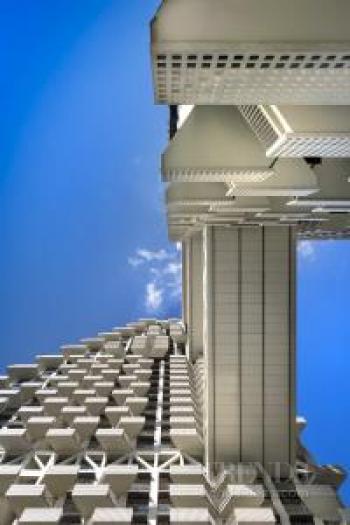 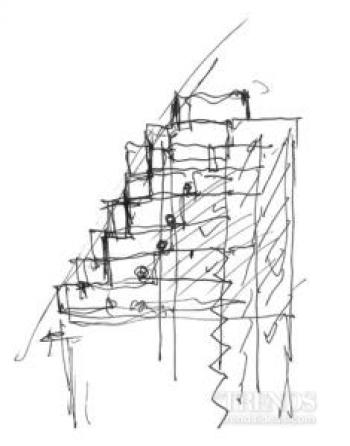 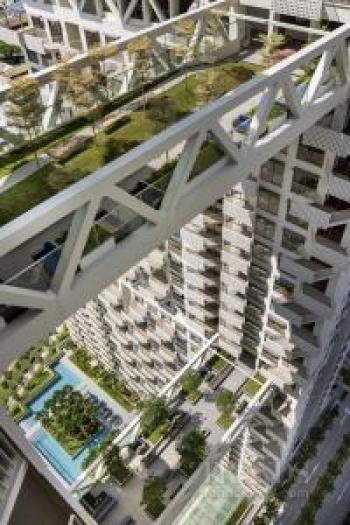 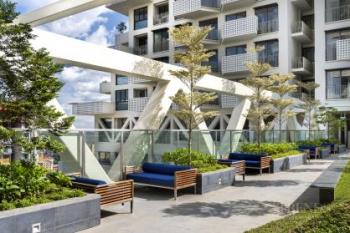 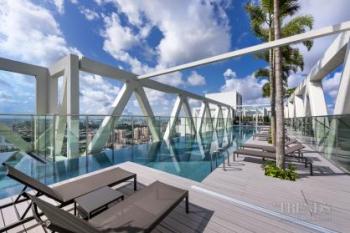 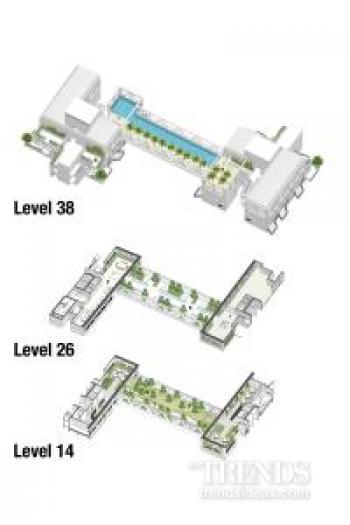 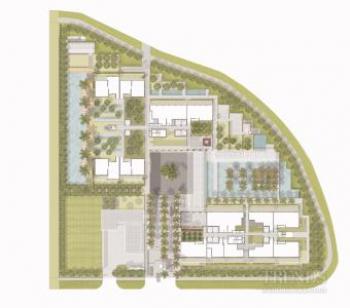 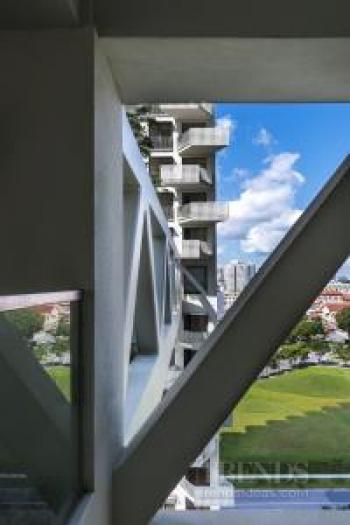 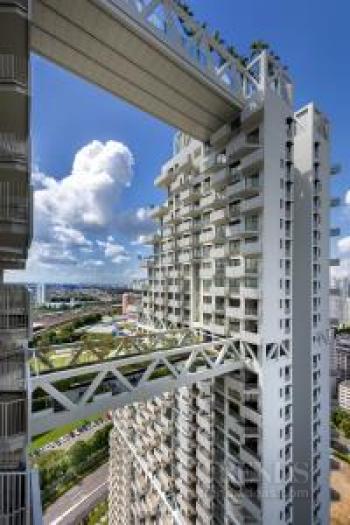 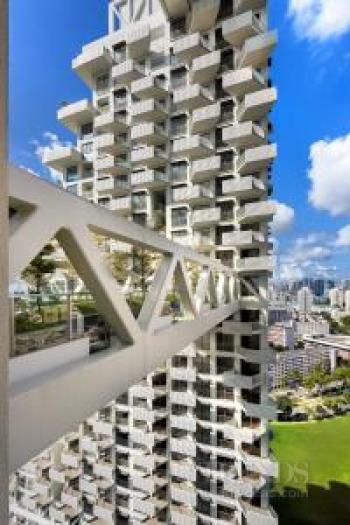 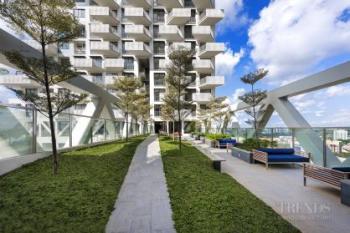 But it's not just about using design to establish a market position.

"At Sky Habitat, we wanted to give home buyers the opportunity to enjoy greenery at their doorstep and engage in recreational activities that would benefit their well-being," says Wen Khai Meng.

In that respect, Safdie Architects was a perfect match, with its philosophy that a building should serve the community and be an extension of its physical, historical and cultural environments.

Safdie Architects principal Jaron Lubin says a key focus of the project was how to break down the scale of a tall building that accommodates 509 residential units plus communal facilities.

"We had a tall, high-density building on a small site," says Lubin. "So we broke down the scale by maximising the porosity and open space."

The design evolved into two towers, set as far away as possible from each other. The broad faces orientate North-South to minimise the East-West sun, while at the same time reducing the extent to which units overlook each other.

"To encompass the tropical living environment of Singapore, we wanted to interweave the interiors and exteriors of this building, giving people the most interaction we could with the exterior, greenery and landscape," says Lubin.

The stepped nature of the design enhances this, with two-thirds of the units having alternating balconies that allow more height and daylight for taller planting. More than a quarter of the units have generously sized outdoor garden terraces.

Lubin says the stepped design also contributes to residents having a better sense of home.

"When you live in a tall building, it's not easy to point out your home. Sky Habitat's stepped design, scale and terracing make that easier – giving residents a stronger sense of both individual and community identity."

All of this enhances the concept of community that both the architect and developer wanted the building to embody. Visually, the complex has the characteristics of a village-like cluster of residential units on ancient hillside sites.

The communal spaces also contribute to the idea of a vertical neighbourhood. Instead of placing all community facilities at ground level, some of the amenities and shared spaces are found on the three bridges that span the 29m gap between the two towers.

The level 14 sky bridge has ample outdoor seating, creating a contemplative environment. Landscaping on level 26 is designed to promote social interaction, while the rooftop bridge at level 38 includes a pool and outdoor living space.

Although the unconventional and apparently complex design suggests this was an expensive project to build, Jaron Lubin says this was not so.

"We worked hard with the builder and client to make it as economical and buildable as possible," he says. "While we were doing unusual things compared to the typical response of a stacked building, we came up with systems that allowed construction to be done easily and affordably."