Taking an holistic approach to the design of a major new sports facility for Singapore has had a big spin-off for the public, participants and the city as a whole.

The Singapore Government's progressive vision for the project, presented by Sport Singapore, required a sports hub that would not only cater to elite sports with state-of-the-art facilities, including a new stadium, aquatic centre and two multi-use indoor arenas, but would also encourage participation in sporting activities.

Sport Singapore recognised the significance of the prime waterfront site, and requested a hub that would make a strong design statement, and be an instantly recognisable landmark, especially when viewed from the city across the water.

Arup, DP Architects and Aecom won the tender to design the project, based on the team's interpretation of this vision. The highly collaborative project saw Arup responsible for the design of the sports venues – the stadium, Aquatics Centre and two OCBC arena buildings – and DP Architects focused on the rest of the buildings within the hub.

Arup director Clive Lewis says the team was not content to work within the set parameters. So they expanded the concept to provide something more – a true sports hub that would allow maximum participation in sporting activities at all levels, and provide an animated pedestrian precinct with a wide range of retail, office and lifestyle amenities. 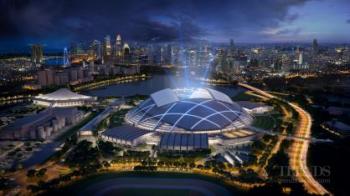 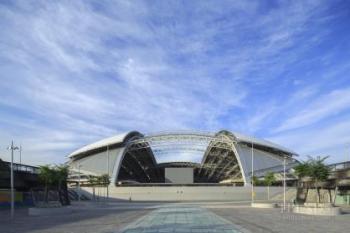 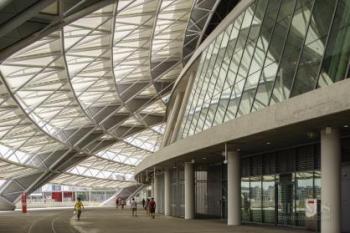 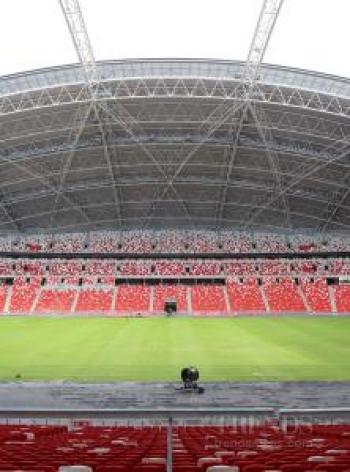 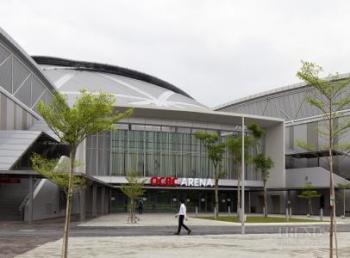 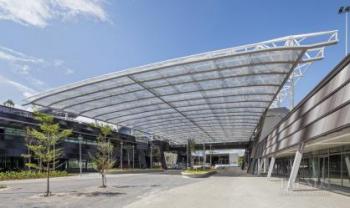 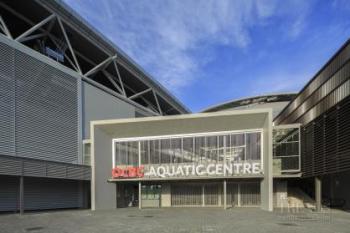 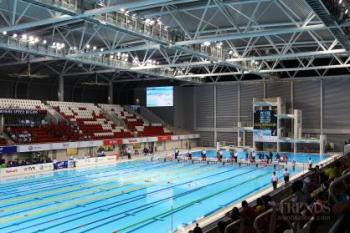 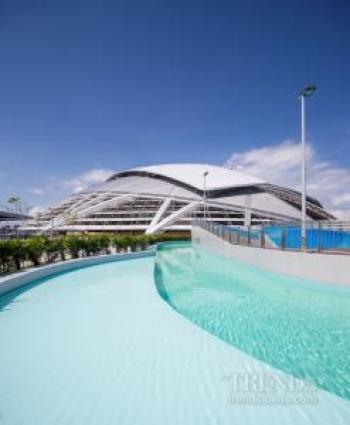 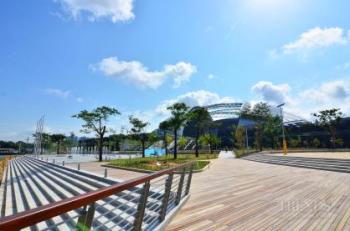 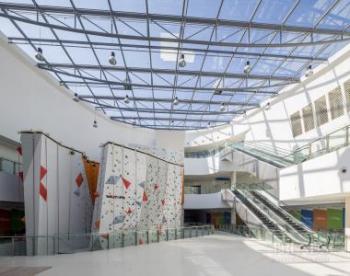 "The provision of high-standard facilities to develop elite sports was just the start. Our vision for the maximum participation concept extended the sporting codes to include community activities such as beach volleyball, skateboarding, leisure water parks, lawn bowls and jogging tracks with exercise stations that link to the waterfront. We set about creating a lifestyle destination with a large retail mall, a sports museum and office park, all of which help to ensure the precinct is constantly busy, not just on the few occasions when a big match is on."

The team says addressing the unique Singapore tropical lifestyle was another vital aspect of the design. The project needed to take into account the lifestyle, the climate, culture and aspirations of the local people and visitors.

Sustainability was also critical to the team. In addition to energy-saving measures, it was essential to ensure every space had the flexibility to be used for a variety of different events.

"It was all about future-proofing the hub to cater to changing activities and spectator numbers, says Teoh. "We wanted to highlight the bigger picture, to showcase the stadium within a magnificent waterfront setting that would establish the building as a landmark"

Lewis says the position of the stadium, its form and massing were all important in terms of both its accessibility and how it would look when viewed from across the water."

"The design of the stadium dome was influenced by the Beijing Olympic Stadium, or Bird's Nest as it is known, which Arup co-designed with Herzog de Meuron in 2003-2004. We chose to keep the form as a simple sphere, and provide richness through the detailing."

Lewis says the sheer size of the stadium, which seats 55,000 spectators, could have been overwhelming. Unlike many stadium projects, it was not possible to excavate the site to lower the building.

"Instead, we elevated the area around the stadium, creating a two-storey plinth or platform. This curved circulation spine forms a sports promenade right around the building, connecting pedestrian plazas, public rooftop spaces, green areas and key sports venues. It also brings a human scale to the edge of the stadium – this is helped by the vast, shallow roof form that wraps right down over the promenade providing a shade canopy and shelter from the rain."

Lewis says the promenade is designed to provide sightlines across the entire precinct – the stadium itself is not the centre of attention up close.

"It is therefore a huge shock to enter into the amphitheatre and see just how big it really is. It's a real wow moment for spectators."

Lewis says the team undertook extensive research to ensure the stadium would provide a comfortable environment. The ETFE roofing material is highly reflective, which helps to reduce heat build-up. It only lets in 8% of the sun's energy.

"Rather than having a fully sealed envelope with mechanical airconditioning, we opted for a retractable roof and locally cooled seating. The first option would have used six times as much energy. With this system, each seat is cooled individually, and blocks of seats not in use can be turned off. Even though this provides a greatly reduced energy usage, we countered it by installing 4000 PV cells, so the sports hub has carbon zero status."

The design team also took the sustainable route for the structural design. Because the location is not subject to especially high wind loads, snow or seismic activity, it was possible to use lightweight materials. The structure has just one third the amount of steel that would normally be required, and the aluminium cladding is half the weight of conventional aluminium panels.

"This meant we could install the largest freespan steel in the world," Lewis says.

In addition to the retractable roof, the stadium has a section of glass wall facing back to the city. This allows spectators to glimpse the city view across the water. It also works in reverse – at night, light from the stadium spills outward, enhancing the visual drama.

In keeping with Singapore's identity as a garden city, the sports hub integrates extensive greenery and landscaping that creates a very natural waterfront environment.

"The whole precinct is unified by a consistent philosophy and design approach to landscaping, shade, shelter and lighting," says Teoh. "It provides a level of comfort and a quality of experience that is appropriate to Singapore's tropical climate and public expectation."

To provide good connectivity, the two OCBC arenas – the multipurpose sports halls – are near a major road entry, and the 3000-seat OCBC Aquatic centre is beside another. The 41,000m2 retail centre, Kallang Wave Mall, is close to the MRT station on site, as are the sport museum and offices. The site also incorporates the refurbished 12,000-seat Singapore Indoor Stadium, which has a pyramid roof form.

There is also good connectivity to the wider city centre waterfront, to Gardens by the Bay and the surrounding residential areas.