Every era produces its own defining architectural style, but there's no doubt that some periods leave a more enduring heritage than others.

The traditional Singapore shophouse evolved from such a period. Built between 1900 and 1940, shophouses were best known for their spectacular ornamentation. Not surprisingly, these buildings are now highly sought after, and many are part of an exclusive residential enclave in Singapore, known as the Blair Plain Residential Historic District.

This shophouse in the precinct was one of three that came up for sale together. At some time in the past, it had been gutted and drastically altered from its original state to create offices.

Architects Diego Molina and Maria Arango of Ong&Ong, who were commissioned to design a major renovation, say the building had retained most of its original facade, but very few of the other traditional shophouse features.

"The ground floor was a poorly lit single space that stretched all the way to the back of the site," says Molina. "It was not suitable for residential use. The traditional roof structure, material and design had also been significantly altered. And there were two office doors in the front facade, rather than a single entry." 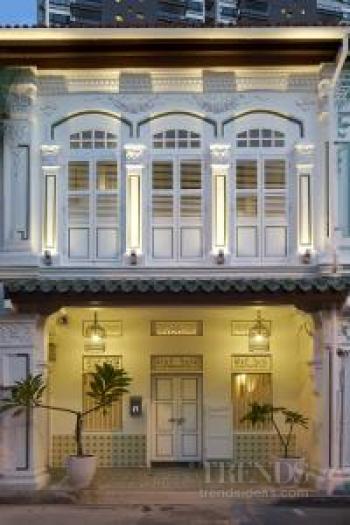 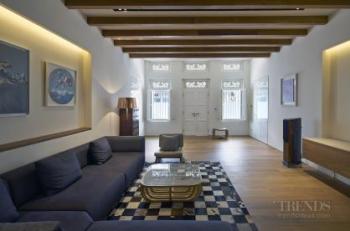 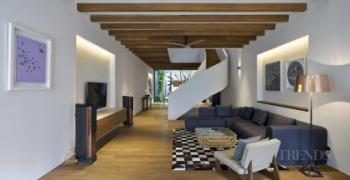 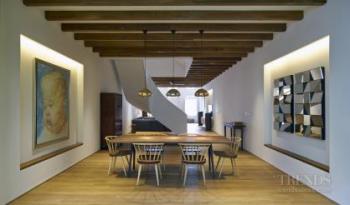 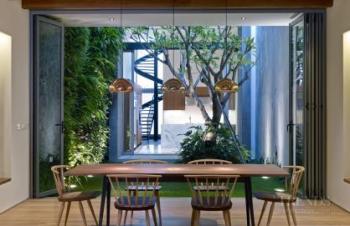 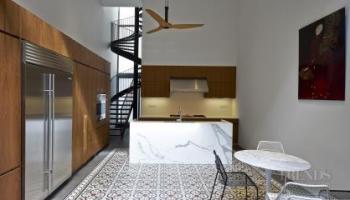 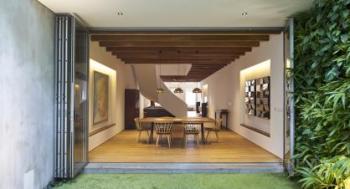 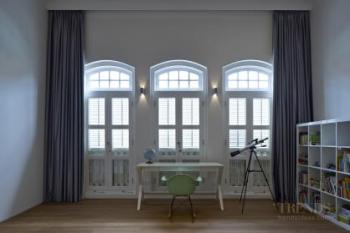 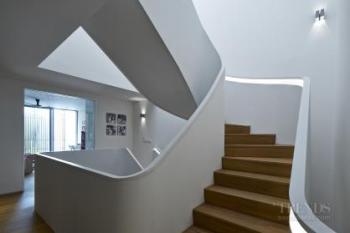 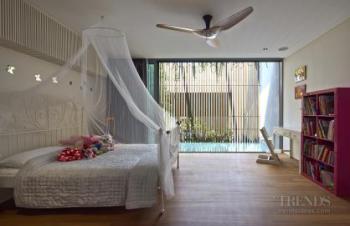 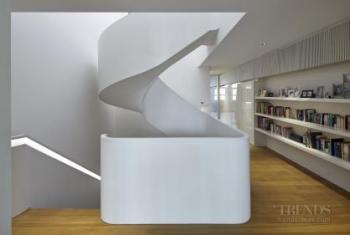 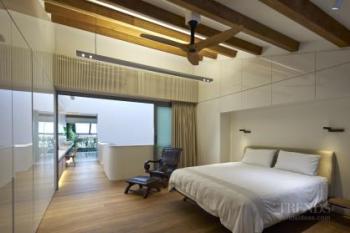 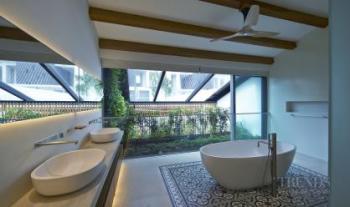 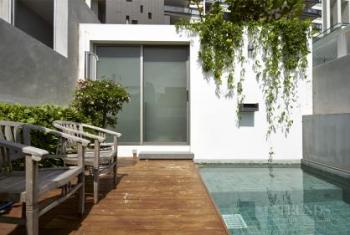 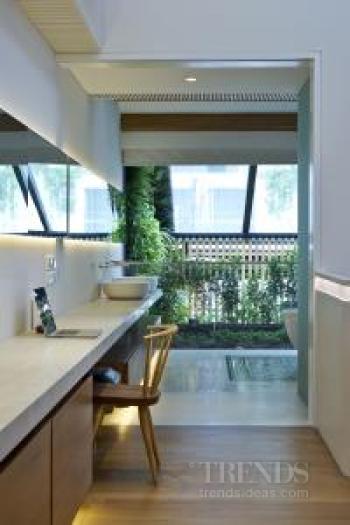 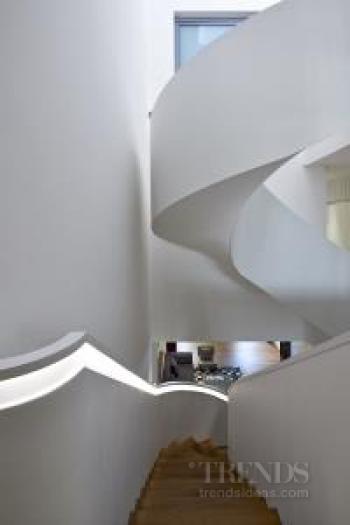 The architect says these two doors were removed and replaced with one painted door with a double-leaf wood panel. This has the ornamental details of the late shophouse period when the house was built – in accordance with the URA's conservation facade guidelines.

Double casement wood panel windows were reinstated with vertical iron bars in front of the wood-framed glass screen. And painted rectangular transoms with carved panels and frames were restored.

"The second-floor facade was also returned to the late shophouse style," says Maria Arango. "It now has longer double French windows with operable louvres, carved wood post and rail balustrades, and segmented, arched fanlights with clear glazed panels. The existing moulded cornices, composite column capitals and decorative facade reliefs were also repaired carefully and restored. The shiny enamel-finished dado tiles on the facade are another link to the Peranakan roots of the shophouse."

The architects worked with the local conservation authorities to restore the roof to its correct design, reinstating the original unglazed tiles that were found on site. One structural change was possible, however – a lantern roof with a skylight was introduced to bring more light into the center of the house.

"This needed to be a light-filled family home," says Molina. "So we split the house into two volumes, creating a connecting courtyard that allows sunlight to stream in, and lets breezes ventilate the interior naturally. With a green wall to one side, a young tree in the opposite corner, and the floor covered entirely in carpet grass, the setting forms a charming indoor garden where the children can play.

"The green space is the visual focus of the ground floor, and because there are no partitions, the garden can be enjoyed from the kitchen at the back and from the living area at the front."

Molina says because the client is both a family man and an avid cook, it was important for him to be able to interact with his children at play in the garden, while he is working in the kitchen.

"The seamless transition between the living areas makes this possible."

The different spaces are clearly defined, however. A dramatic, curving staircase separates the living and dining areas, and is another point of illumination. Sunlight streams in from the skylights in the lantern roof directly above.

While the stair has a bold, sculptural contemporary form, its simplicity ensures it does not detract from the original shophouse features.

"The client was insistent on bringing back the home's old-world charm," says Arango. "New wooden beams were installed in the ceiling of the ground floor, and also beneath the roof, to evoke the traditional character."

The second floor of the front part of the house features two bedrooms, one at the front and the other at the back, with a bathroom between. White-painted bookshelves enliven the passage between these two rooms.

"We added a balcony to the bedroom at the rear of the house, and introduced a screen for privacy," Arango says. "The screen functions as a dividing wall, and is in line with conservation restrictions that would not permit a solid wall."

The top floor accommodates the master bedroom, which is separated from the master bathroom by the staircase.

"Despite the fact that these two rooms are separated by what appears to be a communal space, they have a strong sense of connection," says Arango. "They both have soaring ceilings with wooden beams, and the long limestone vanity top extends right along the wall to form a desk area beside the bedroom."

The living wall of greenery reaches right up to this level, so there is an attractive garden outlook, which the owners can enjoy while bathing.

At the rear of the house, the volume accommodating the kitchen also has a spiral staircase – one that references the shophouse origins. This leads up to a maid's room on the second floor, and a rooftop deck and pool on the top level.