When faced with both changing the function of a home and substantially increasing its size, the dilemma facing most homeowners is whether it would actually be better to demolish the original house and begin with a clean slate.

Architect Darren Jessop was asked to look at renovating a small A-frame holiday house for the owners and their three young children, who wanted it to become their permanent home.

As a holiday home, it had been designed to look south towards the mountain views, turning its back to the warmth of the sun on its north-facing side. To function as a family home, the house needed to be much bigger and to move its existing living areas to the opposite side of the house.

"Because of the unique design, the owners were keen to retain the existing house, rather than pull it down and built a completely new home," Jessop says.

The original A-frame had a Scandinavian feel with a pushed-out window in the front, and a single level wing with a pitched roof on the left. The front entrance to the house was on the right-hand side of the house, via a small lean-to. 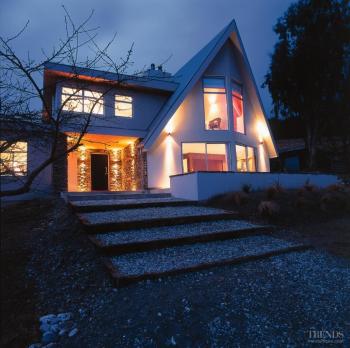 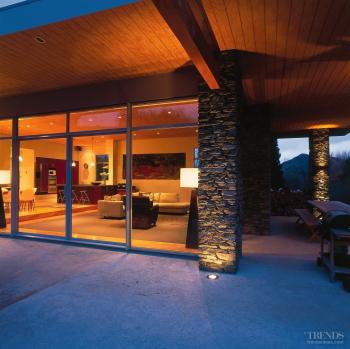 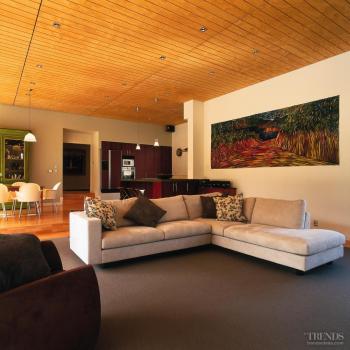 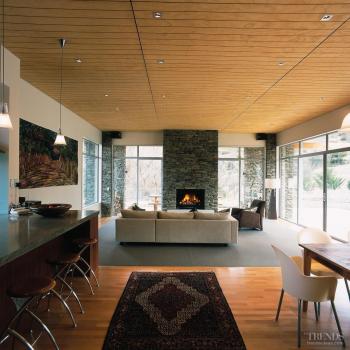 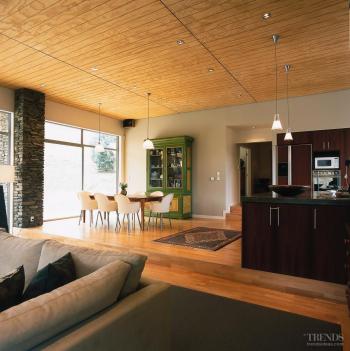 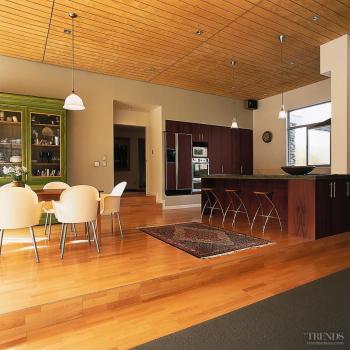 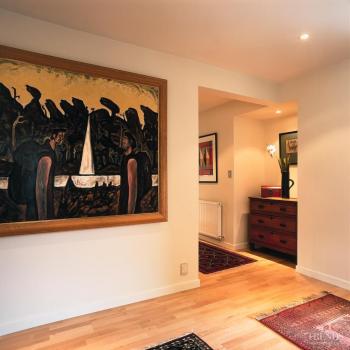 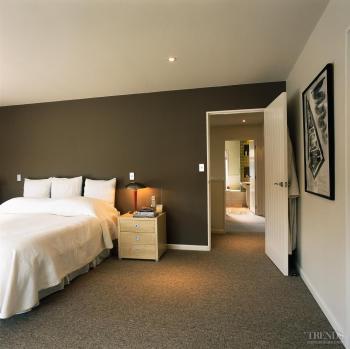 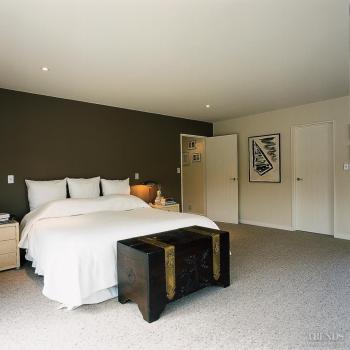 "The challenge was to make something of the house so that it suited the terrain and the tough environment, yet still met the family's needs, without spoiling its character," he says.

"The best solution was the simplest one. It involved keeping the A-frame and adding to the existing wing on the left."

To improve the layout and maximise the warmth of the sun, the interior of the house has been turned completely round.

The main entrance is now on the front – or south side – of the house and the old, south-facing living room is now a study with a lowered ceiling. This has created sufficient space in the upper part of the A-frame for two children's bedrooms.

"Taking the height from the old living area has made the study a smaller room, but it is now much cosier and easier to keep warm," says one of the owners.

A second level was also added to the original wing to provide a master bedroom upstairs.

A large living area has been created to the left of the new front door. This all-purpose family area, containing the kitchen, living and dining areas, flows out through large, French doors onto a sheltered outdoor area. A double-sided fireplace in the back wall of the living room helps to heat both the indoor and the outdoor living areas.

Because the new living area faces the north it now receives all-day sun. Large soffits over these spaces provide shade from the sun in the summer. However, because the winter sun is lower, light floods in and heats up the concrete floor during the day. Much like a storage heater, this helps warm the room at night.

Externally, the house has been designed with an extra-high stud. This not only helps connect the addition to the rest of the house, but it also diminishes the height differences between the A-frame, the two-level wing and the single-level living area.

"Internally, the extra height allows in a large amount of natural light, giving the room a pleasing ambience," says the architect.

Materials characteristic of the area were used both inside and outside. Columns and fireplaces are built from schist stone, and Ecoply Shadowclad was used externally on eaves and internally for ceilings and floors.

"This creates continuity between indoor and outdoor areas and also adds texture to the living space," say the owners.

"An earthy, neutral colour scheme was chosen for the house to complement, rather than contrast with, the stunning landscape outside," they say.