Architectural detailing, a central void spanned by glass bridges and a five-storey base help this innovative urban marker make light of its presence and the most of its downtown views

Nothing can exist in a vacuum runs the adage, and this is particularly true in terms of architecture. The shape, orientation and dynamic of a structure are usually a result of the environment it will inhabit.

The Skybridge apartment complex shown on these pages is a 39-storey tower that is very much a product of its urban situation. Located to the west of downtown Chicago, Skybridge was the first tower structure in this area and as such had to make light of its substantial presence, says Ralph Johnson, design principal for architects Perkins & Wills.

"To gain acceptance for the project from the planning council and neighbourhood factions, the structure had to be at once dynamic and sensitive," Johnson says. "Softening the presence of the soaring high-rise amid low-rise neighbours was approached in several distinct ways."

Street level integration for the 130m-tall building was facilitated by a transitional five-storey base. This area provides retail facilities and carparking for residents.

The mass of this modernist tower is an urban marker defining the western edge of an expressway. It acts as a signpost or gateway to the neighbourhoods extending to the west, says Johnson. 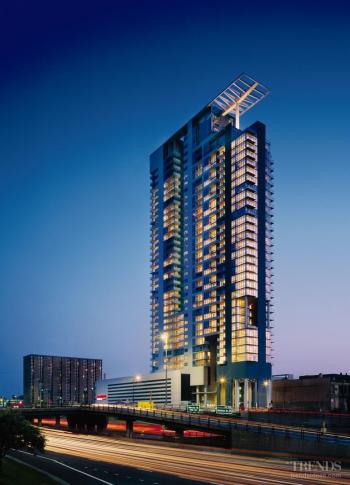 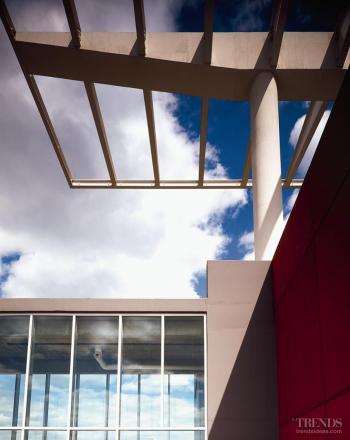 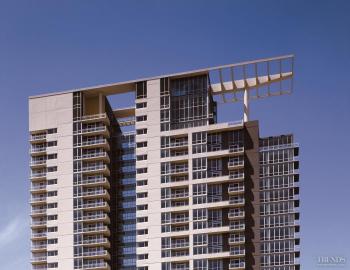 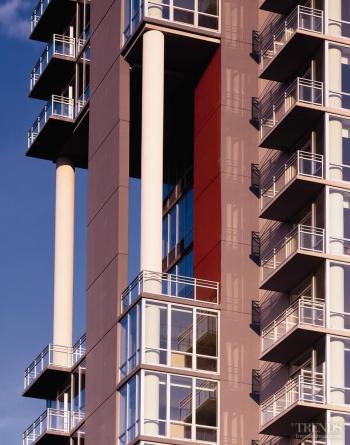 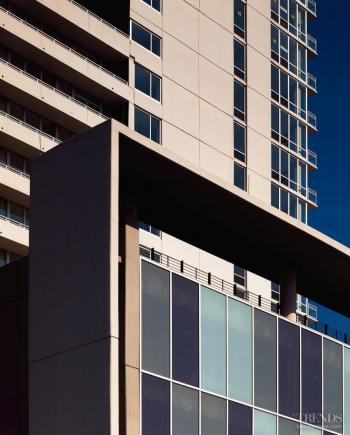 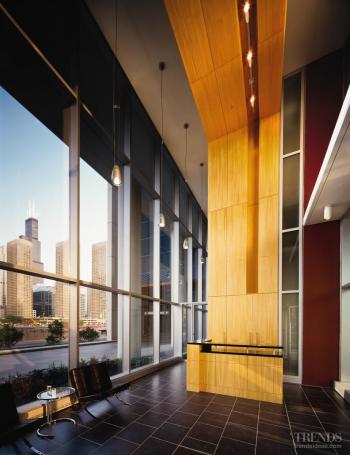 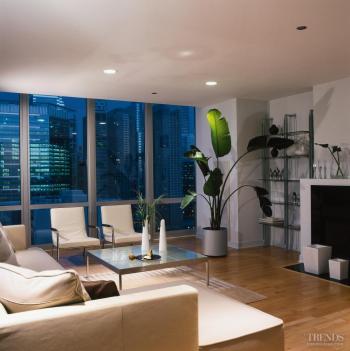 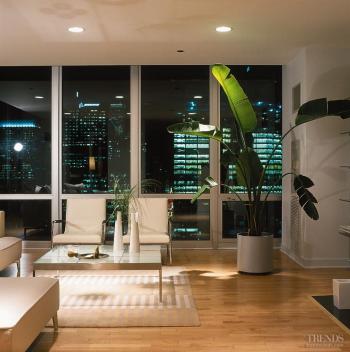 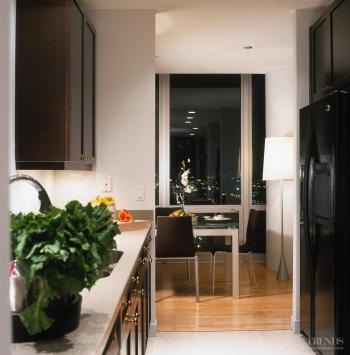 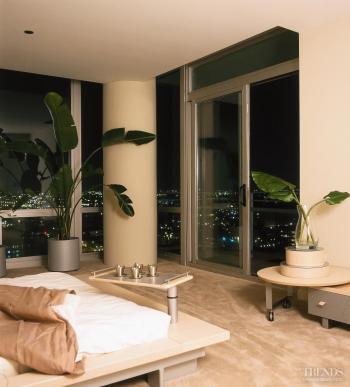 To literally break up the view of the tower from a distance, several design elements were employed. One of the most dramatic is the division of the tower from the 14th floor up by a structural void spanned by a series of 9.2m-long glass bridges.

"This creates the appearance of two slimmer towers and provides the edifice with an over-scaled urban window," says Johnson.

"The design also provides an increased number of corner apartments and gives residents a visual interaction with the greater structure and not just the private niche they inhabit," says Johnson.

Another major design feature to break up Skybridge visually stands proud at the top of the northern tower. A four-storey column supports an open roof trellis that cantilevers 12m over the tower below. It is a dynamic feature that caps the building, acknowledging the importance of a strong visual finish, says Johnson.

Other cut-outs and notches in the building also help to scale down Skybridge's appearance – replacing mass with texture and light. The innovative design extends to the building's interior as well. The wood feature in the double-height entry lobby and reception area echoes the rectangular form of the tower that the cantilevered feature almost completes.

An accommodating floorplan provides flexibility for 237 condominium units and retail spaces. Each floor has eight different unit layouts, providing for one-, two-, and three-bedroom options. Units can also be combined to create larger living spaces.

The exterior is painted in a light, medium and dark grey palate. These greys are used in a progressive manner from the north to the south of the building, delineating mass, form and surface plane. The colour scheme also employs red, yellow and blue at entry points, niches, the bridge connections between the two towers and at the top of the structure.