Side by side – remodeling project by Behal Sampson Dietz

Neighborhoods change over time – architectural character and location can both influence an area's popularity.

Worker's cottages in this Columbus city precinct were once home to families in a German immigrant community. Today, the neighbourhood is considered a chic part of town, and many of the original cottages built in the 1880s, some of which were long-term rentals, have been given a new lease of life.

The two cottages featured on these pages were on a large parcel of land acquired by the owner, who says she could see the potential of the site.

"This is a large lot for such an urban neighborhood, and it is a wonderful location," the owner says. "I envisaged a very open, modern home with historic roots."

Architect John Behal of Behal Sampson Dietz says that because the area is a heritage precinct, changes needed to be in keeping with the character of the area. It was not possible to alter key features that were visible from the street. 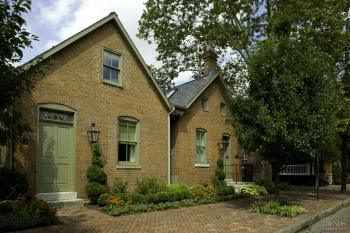 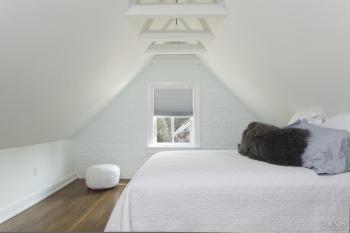 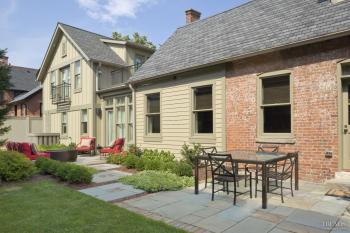 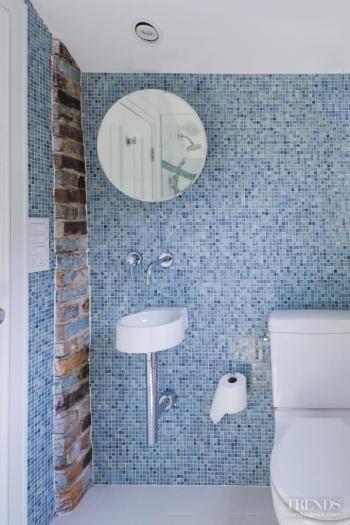 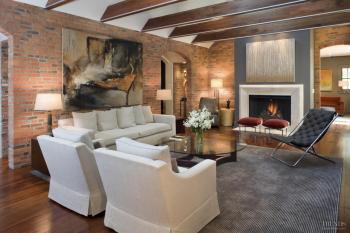 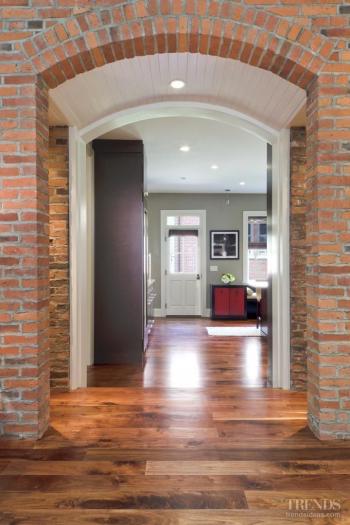 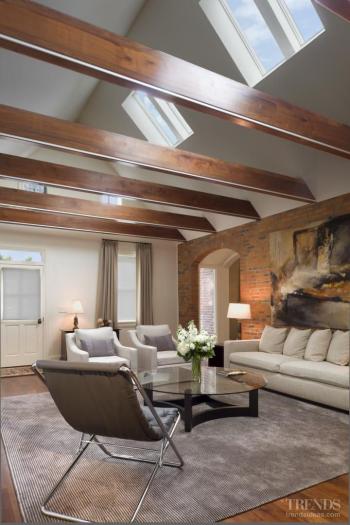 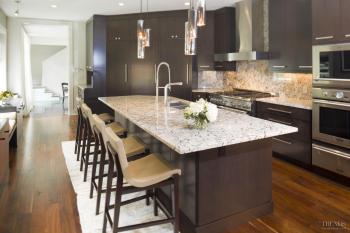 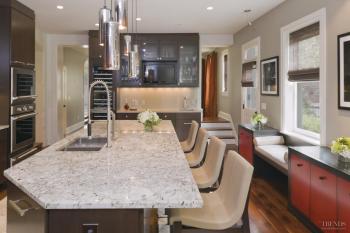 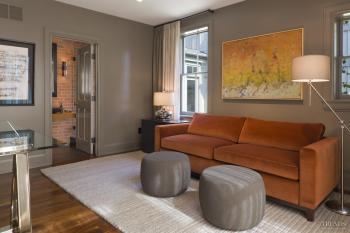 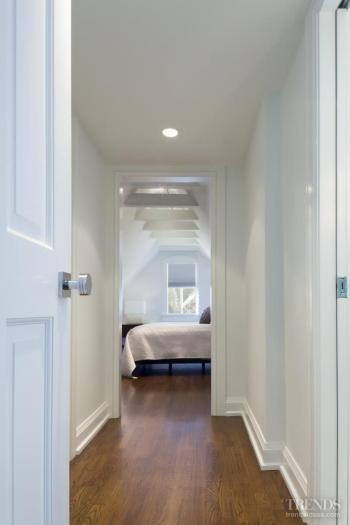 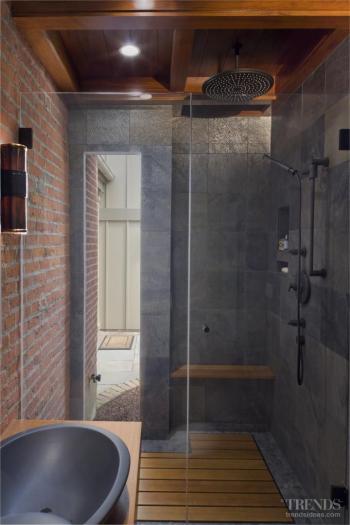 "Unlike most of the houses in the street, these two cottages are very close, which meant we were able to join them relatively easily," Behal says. "At the front, there is a simple glass panel linking the two brick elements. On the inside, the space between the volumes was utlized for cabinets and a new bathroom with another glazed element."

A new two-story volume at the rear of the cottages was also required, for garaging and a new master suite. Introducing a new building to the site created challenges, however.

"There were height limits to consider as well as aesthetics," says Behal. "We opted to replicate the cottage form, so the new structure reads as a separate building, almost like a carriage house. The connecting element, which is all glass, is very discreet and can't be easily seen from the street.

"The addition has a gabled, board and batten construction, rather than brick. We didn't want to create a false sense of history by extending the brick buildings in front – they needed to retain their original form. The frame construction of the carriage house echoes a building on the other side of the street, so it continues the cadence of the neighborhood."

To create an open, flowing interior, the original cottages were gutted, with each providing two main rooms. In the first volume, which houses the living room and study, the ceiling was removed and beams exposed to create a lofty, airy look. New skylights in the roof introduce plenty of light into the interior, but are hidden from view on the exterior.

Brick walls were exposed and wide arched openings created to ensure the historic fabric could be readily seen. Two steps accommodate the slight change in level between the cottages.

Donna Corbat of Gary Lee Partners, the interior designer for the project, says the owner wanted the house to stand on its own – it was important that nothing would detract from the architecture.

"She wanted a clean, modern aesthetic and was happy to have an eclectic look, with new furniture teamed with existing antique pieces. Openings and windows could not be moved, so that also influenced the furniture choice and layout."

Corbat says the ceiling in the living room and a wall at one end were painted an off-white shade to keep the look light and airy. An accent wall behind the new gas fireplace was painted a warm gray – a color that can also be seen in the brickwork.

"Some of the furniture was chosen for its sculptural look," the designer says. "For example, the black leather chair in the living room balances the more heavy furniture and adds an interesting profile. We also had a little fun with the lighting. The dining room features a Venetian glass chandelier in orange – a color that also shows up in the drapes and on soft furnishings."

Dark wood with an espresso finish features on the kitchen cabinets, which include a large island. The wood is teamed with light, patterned marble countertops.

"The kitchen has a row of historic openings along the west wall," says Behal. "We chose to play up the rhythm created by these windows, by alternating bench seats and cabinets along the entire wall. Introducing a bright red accent to these cabinets makes it a lively, inviting space, which really comes into its own when the owner entertains."

An upper floor was created in one cottage volume, for bedrooms, while the master suite in the addition was designed to create both a literal and figurative sense of escape.