This apartment's tranquil and refined atmosphere is achieved through a diverse range of materials, furniture and art

When your profession is creating consummate home interiors, out-fitting your own apartment might seem to be just a matter of selecting your favorite style and running with it.

For this apartment, however, owner and interior designer Tony Ingrao has brought together diverse elements, selecting favored pieces and finishes from a range of periods and styles.

"The interior had to be a soothing, calming environment, and not any one particular period, which I would tire of," says Ingrao. "I work with a variety of styles, and like all periods of furniture and design, so I wanted the interior to be indicative of this."

The entry foyer has a formal air with walls finished in a pewter metallic alchemy paper. Alongside the statuary white marble floors with black borders, the walls provide a dramatic backdrop for Russian Mahogany chairs covered in a leopard velour and a French bronze table.

Pewter wall finishes are continued in the adjacent dining room for a consistent sense of tranquility. The floors in this room are ebony herring bone with a high lacquer for dramatic effect, says the designer. 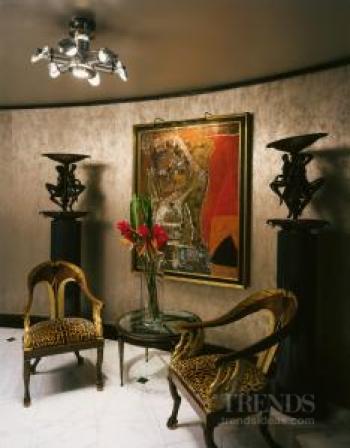 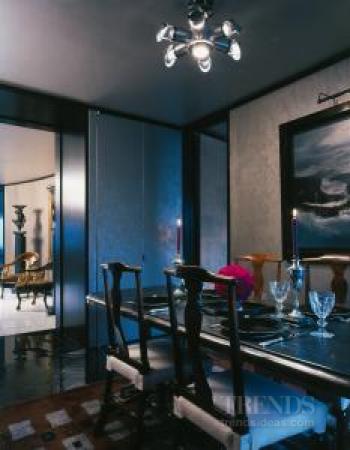 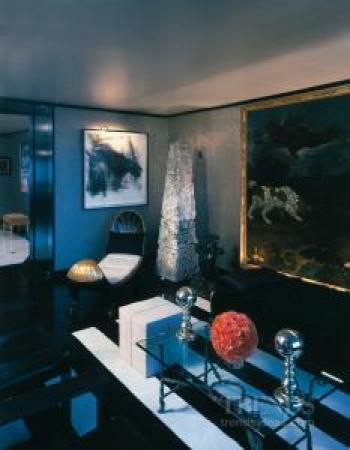 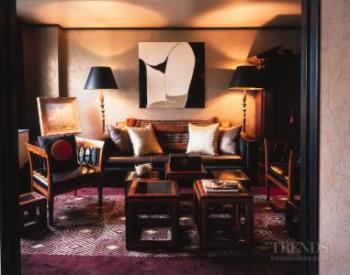 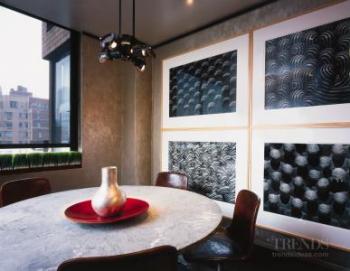 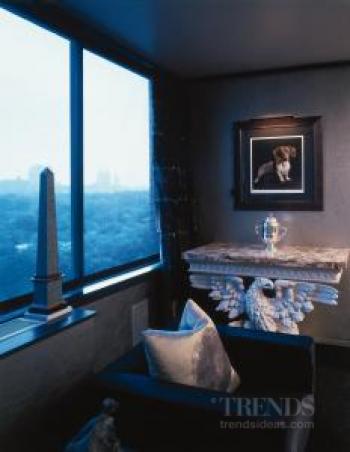 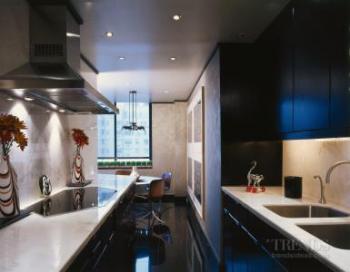 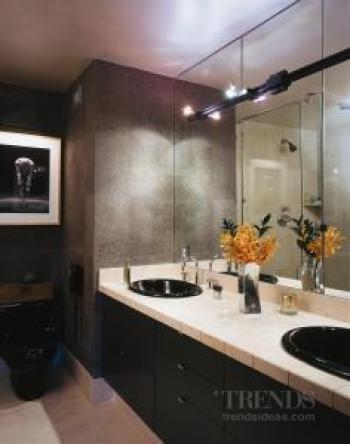 The building was built in the 1970s, when fashionable ceiling heights were only 8ft 6in. So, the biggest challenge for Ingrao was to give the rooms a sense of height.

"To achieve a sense of vertical space I added fine mouldings to frame the rooms, then painted all the ceilings in a reflective finish," says the designer.

The reflective ceilings increase the amount of natural light and shadow play throughout the day and evening and provided an appropriate ambiance to set off the apartment's eclectic furniture.

"While the location of the apartment is fantastic, the interior detailing was poor so I also opened up all the doorways and thresholds to the ceiling height. As a result, the ceiling became a crucial element within the design," says Ingrao.

Formal tones of silver, gold and black predominate in the central living areas. Touches include an English Regency chaise lounge in black and gold and two 19th-Century silver wig stands. A pair of coral obelisks are from the early 20th Century.

The sitting room features a warmer palette, including deep red carpets and an emphasis on woodwork.

"This room is more playful," says Ingrao. "The sofa is my design – expresso brown pony and leather which converts into a bed."

The pillows are in silk and linen cloquet. The lamps with their rakish, curved stands, provide golden pockets of intimate light.

In the kitchen, there is a sleek, modern air, with marble walls, ebony cabinets and marble floors. The table and chairs are a Danish mid 20th-century design.

"The kitchen ceiling is painted in an opalescent taupe color," says Ingrao. "Wall treatments predominating in the living areas are also used here."

Touches of the designer's playfulness are also found in the breakfast area.

"The wheatgrass hedge on the windowsill is there to add some nature back into the view," says Ingrao.