SHOOT FOR THE STARS

Fêted as the greenest office building in Australia, the retrofit of this 1980s office block shows that sustainable design is now good for business as well as the planet

SHOOT FOR THE STARS Discover this article's resources 0

OCCASIONALLY, WORLDWIDE trends like our response to global warming reach into every industry and sector. But can our existing office stock be retro-fitted along ecologically sustainable development (ESD) lines, at a price that the market will accept?

One office building in Melbourne – a narrow five-storey terrace built back in 1988 – may have the answer. Two years ago, 40 Albert Road was an energy drain, both on natural resources and on the staff, who worked in a gloomy, uninspiring space.

Today this erstwhile underperformer is a world leader in sustainable building design: the first commercial refurbishment in Australia to achieve six-star world leadership status from the Green Building Council of Australia; the first building retrofit to make a five-star Australian Building Greenhouse Rating (ABGR) commitment rating; and the first office building in the country to be greenhouse-gas neutral.

It's no coincidence that the client, Szencorp, is a sustainable property and energy group. Owner Peter Szental purposefully set out to demonstrate some of the world's newest ESD technologies in a live office environment.

Pioneering initiatives, such as ceramic fuel cells, allow the company to supply 30% of its own electricity and all of its hot water, as part of a plan to be a net exporter of energy. Natural gas engine air conditioning units were also installed; like the fuel cells, the units are a first for an Australian commercial organisation and a way of relieving pressure on the state's electricity grid. 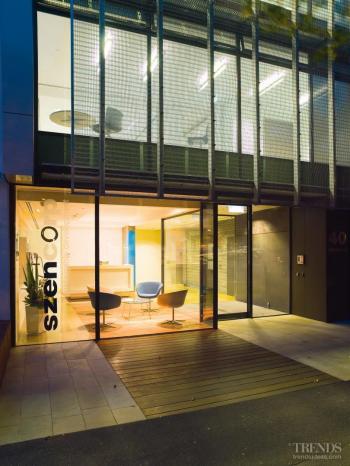 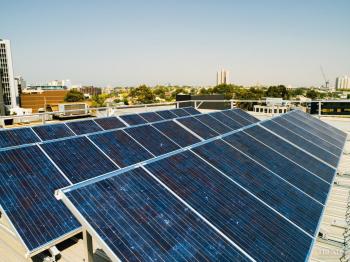 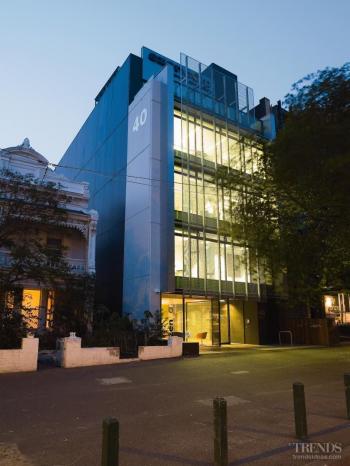 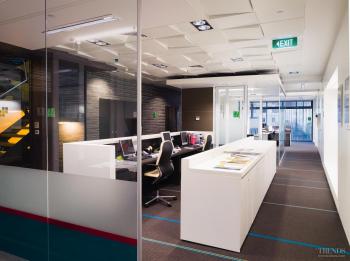 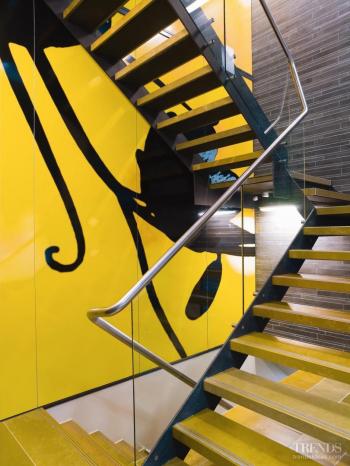 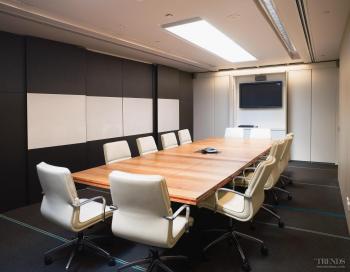 But the project team also wanted to demonstrate that ESD was commercially viable. Many of the decisions are replicable – none more so than the first one, to retrofit the building rather than demolish and start again, says project architect Michael Bialek of SJB Architects.

"It meant we were saving the original concrete materials, as well as the energy that would have been needed to demolish the building and get rid of the waste," says Bialek.

A multi-disciplinary team of client, architects and engineers spent hours analysing products and systems that would reduce energy, water and resource use. Many of the products were ‘off the shelf' rather than custom-made, says project engineer Peter Mathieson of Connell Wagner.

"We wanted to show that ESD could be developed in commercial applications – that what we set out to do could be done elsewhere," he says.

Among the choices were T5 fluorescent lighting and air conditioning systems that only operate when a person is in the room; reduced-flow taps and showerheads; waterless urinals; and collection systems for grey water and rainwater. Materials, finishes and construction processes were also chosen for their ESD rating. Low-VOC paints and sealants were specified throughout the building – some developed in response to the project. Low emission particle board was specified for the joinery, along with post-industrial recycled aluminium tiles for the ceilings and handleless cabinetry.

Interest in the project is such that more than 3000 visitors have toured the building, keen to find out how the company is using 61% less energy and 90% less potable water than the industry average for comparable offices. The visitors are not disappointed, although according to Bialek, they don't walk around open-mouthed either.

"This building is far more subtle about its eco credentials than other green buildings," he says.

"There was a feeling five years ago that green should be rough, raw, and rural. We wanted to do something that didn't look obviously different, so we chose a clean, minimalist look to prove that a corporate office on ESD lines could look and feel like a normal building and not be poorer visually."

Creating a welcoming and pleasant work environment with clean air and natural daylight was another important part of the brief.

"Daylight amenities for tenants are a key theme," says Mathieson. "Nothing is more disconnecting than not having a sense of what is outside."

Natural daylight is effectively employed in the central staircase, with its light-filled glass atrium, skylight and glass walls. The space, with a screenprinted mural and stone-lined open stairs, encourages staff to abandon the lift for the stairs.

"There's a touch of humour, too, with the mural and the notion of something organic climbing up the walls," says Bialek.

During summer nights, the staircase acts as a natural funnel, drawing hot air up and out of the building.

A dehumidifier unit uses a desiccant to both dry and cool the office space, removing most micro-organisms and particles larger than 5 microns. That, along with low levels of formaldehyde and VOCs, means that the indoor air quality is at rural levels, despite the inner city location.

A live website,www.ourgreenoffice.com , allows observers to monitor the performance of 40 Albert Road on a daily basis. Crucially, ongoing monitoring of the smallest detail has allowed Szencorp to adjust and refine its systems.

"Green buildings are far more complex than traditional ones and we discovered that design intent is not the same as building performance," says Szental. "In some areas, like electricity and water use, we did better than expected, but worse in other areas, such as gas consumption."

Szental believes that cost savings of over 25% could be achieved if the project was repeated today. Growing market demand means that ESD products and services are cheaper and more widely available, whilst the technical know-how of project teams and subcontractors is constantly improving.

"If we've shown one thing with this project, it's that refitting a building to a five- or six-star rating is commercially feasible. It is no longer a pipe dream.