One of the best ways to achieve a sense of sanctuary in a master suite is to ensure the space is decluttered and clean lined.

That was precisely what the owners of this 10-year-old house wanted, says interior designer Lauryn Pappas, who was commissioned to transform the bathroom and closet area. Pappas says the owners wanted these rooms to feel more like their bedroom, which has a quiet sophistication.

"The original bathroom was lined in Jerusalem stone, so it had a rather yellow look that was very dated," she says. "There was a small shower and a built-in tub beside the window with a large tub deck, which took up a lot of space."

Pappas began the remodel by opening up the ceiling and changing the existing soffits to create a larger, more symmetrical vault. A recess in one side wall was also rebuilt to improve the symmetry.

The bathroom was then lined in cocoon mosaic tiles in the colour Fog, with matching rectangular 4in x 12in tiles. 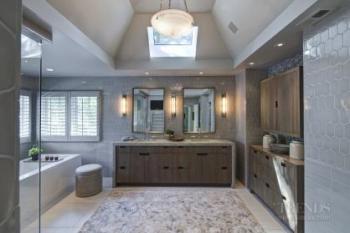 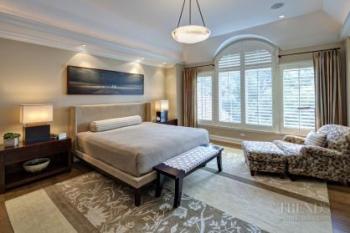 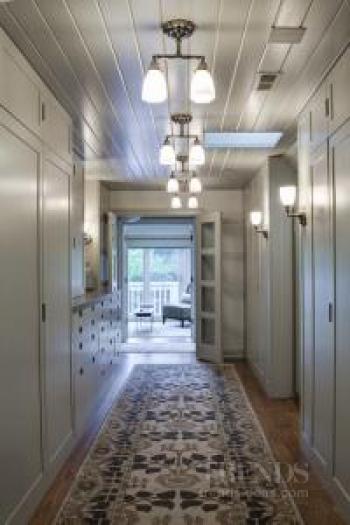 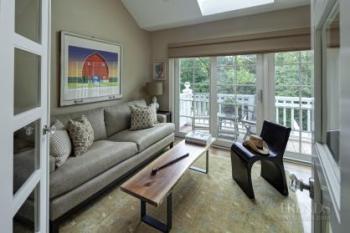 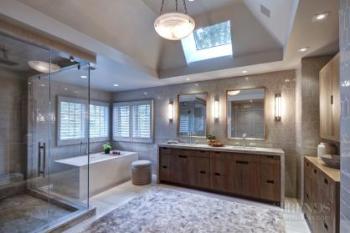 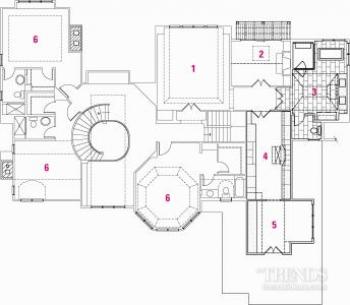 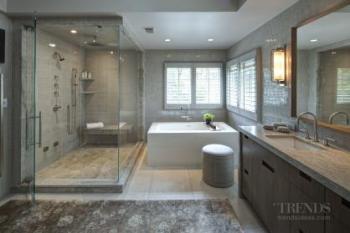 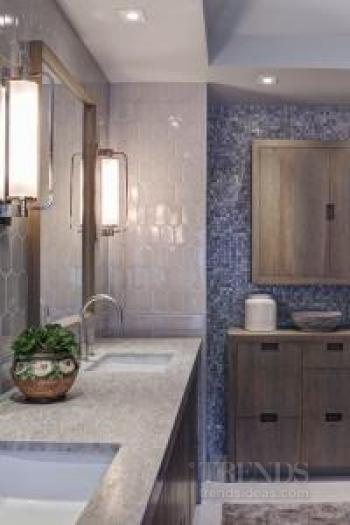 "There is a pleasant textural contrast in the walls," she says. "We lined the recess behind a floating cabinet in sparkling glass mosaics, which adds another level of interest, visually."

Extra-large 24in x 48in porcelain tiles were laid on the floor to minimize the grouting lines.

"The owners do not particularly like grouting, which can discolor. So, the floor of the new steam shower features a single slab of Mother of Pearl granite with a trough drain located beneath a matching cantilevered granite seat."

The Mother of Pearl granite is repeated on the two stained white oak vanities, which have cutouts for handles.

A sculptural freestanding tub has a square-edged, linear shape that echoes the box-like form of the glass-walled shower.

"Replacing the built-in tub makes the whole room seem larger," says Pappas. "And the glass walls on the shower box, which was formerly enclosed, ensure there is a lot more light in the room."

New doors in the closet also ensure this area is much more streamlined, with every item able to be hidden from sight.