Shaped by the land

With its organic forms, white plastered walls and vaulted ceilings, this island retreat is an unconventional hideaway

Shaped by the land

Designing a house to blend in with the landscape is an approach taken by many architects. The designer of the home featured on these pages took this one step further – he used the land itself to determine the shape of the house, its rooms and passageways.

The result is a free-form structure that is almost invisible in the wider landscape.

This house, built on a small island off the east coast of New Zealand, is typical of Couelle's determination to marry the architecture and the land. And, like all his projects, the immediate landscaping is an intrinsic part of the overall design.

Natural boulders, rocks and creepers are intermingled with concrete, bricks and tiles, to create an outdoor living area that is an extension of the house interior. A sweeping, curved overhang, covered with grasses and vines, enhances the sense of a house carved out of the hillside. The glimpse of a hidden interior conveys an air of mystery. 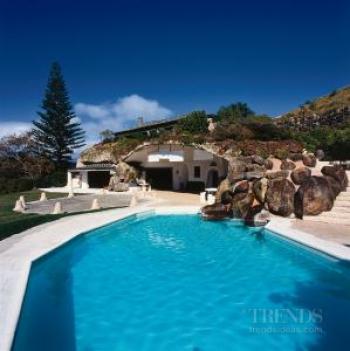 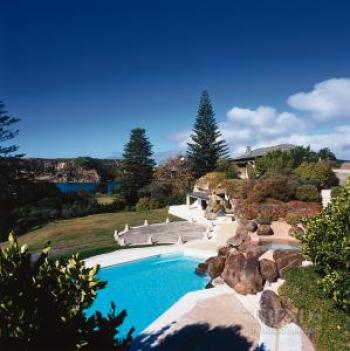 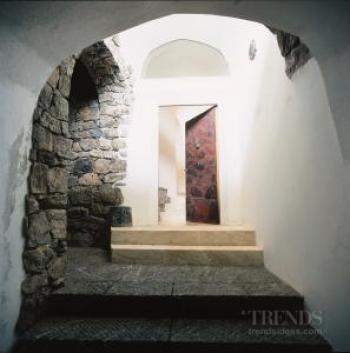 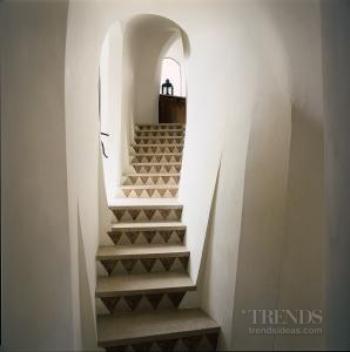 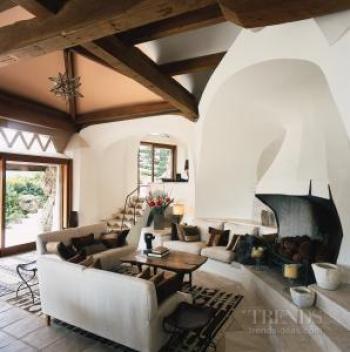 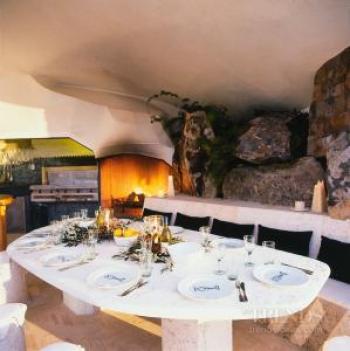 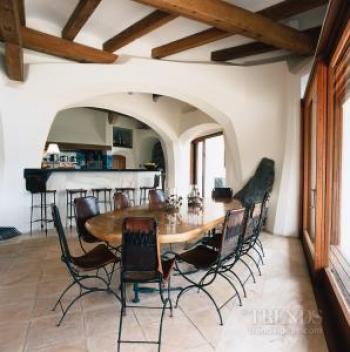 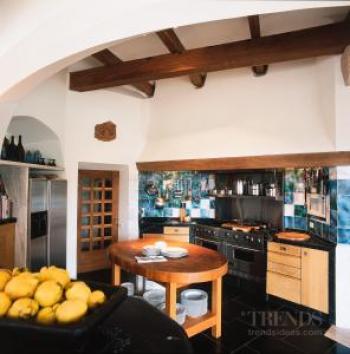 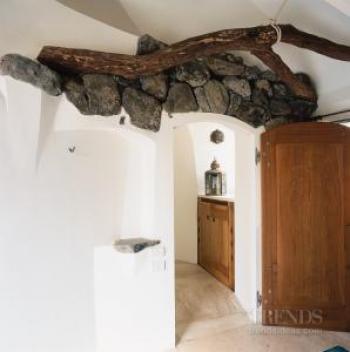 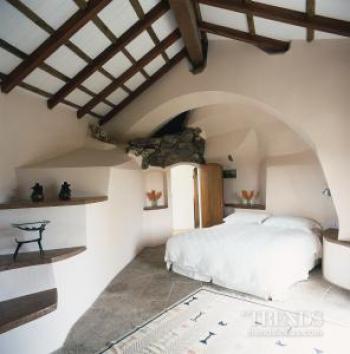 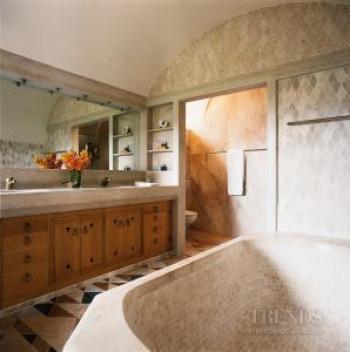 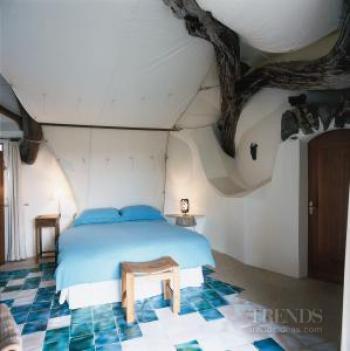 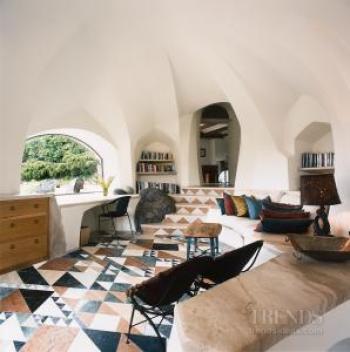 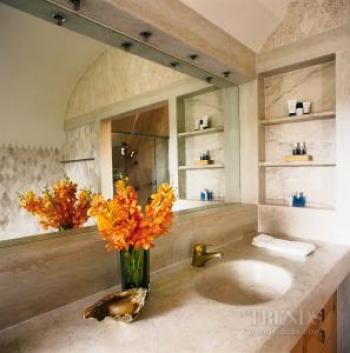 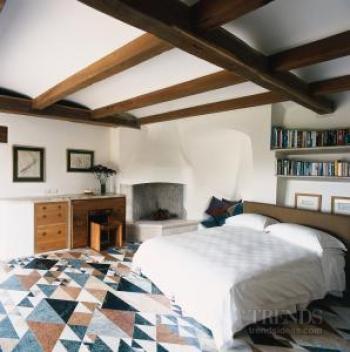 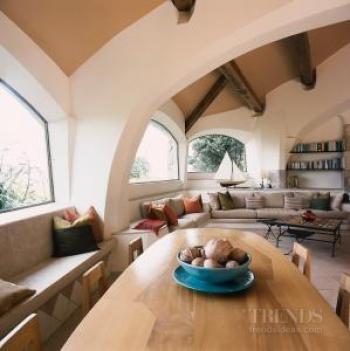 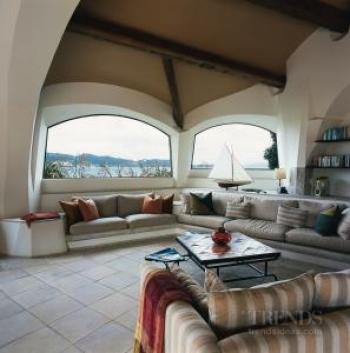 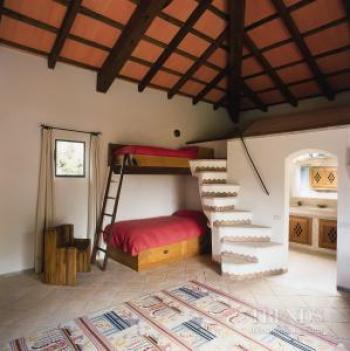 Narrow, white-plastered passageways and irregular, curving staircases meander through the house, linking a series of large, vaulted, free-form spaces that open to the outdoors. Couelle says he avoids the convention of square lines, as he wants the roll of the earth and the look of the country to shape his houses, both inside and out.

"A house should speak for itself," he says. "The feel of the spaces and the play of light and shadow at different times of the day are an intrinsic part of the architecture."

Solid recycled beams, sculpted arches and built-in fireplaces and bench seats are other features reminiscent of traditional Sardinian architecture. The individuality of the house is further reinforced by bare rocks and driftwood that appear to emerge from solid walls. Large boulders at floor level also enhance the sense of being in a cave. However, the extensive use of white plaster and wide window and door openings avoid an oppressive feel, providing instead a calming influence. For this reason, also, Couelle says he prefers the interiors of homes he designs to be as uncluttered as possible.

For most rooms, additional decoration is provided by built-in shelving and bookcases – and the views out the windows. Seating and beds are positioned to maximize these outlooks.

Dining outdoors – a key aspect of life in Sardinia – is also catered for in this home. The kitchen opens directly to the outdoor living area beneath the large eaves beside the pool. As well as the double ovens in the main kitchen, there is a large gas barbecue and a fully equipped outdoor kitchen to make entertaining easy.

In the bedrooms, the organic nature of the architecture is especially revealing. The walls seemingly wrap around the beds, enclosing the space with a womb-like familiarity. The ceilings vary in each room, ranging from a white canopied structure held in place by a large piece of driftwood, to a white wood ceiling, criss-crossed with dark-stained rafters.

The pièce de résistance in the master bathroom is a large, sculpted tub, which features mosaic tiles – similar to tiles found in a traditional Roman bath house. Timber cabinetry encased in a solid concrete surround reflects one of the few straight lines in the house.

A second home on the property is positioned a few hundred metres down the hill. This house also features large, vaulted ceilings, built-in seats and fireplaces, and a variety of local materials. As in traditional Sardinian homes, the floors of both homes are tiled, providing a cool respite from the summer heat.

Patterned tiles on the stair risers are another traditional feature incorporated into both homes. Black wrought iron is also used to good effect – in the furniture and on stair rails.

In the bunk room of the second house, a semi-freestanding staircase adds a whimsical feel to the room. Here, the ceiling is stained light pink, adding yet another unexpected element to a property full of surprises.