The restoration and adaptive re-use of heritage buildings can be a tricky business for architects, who must decide which elements should be retained, which are beyond repair, and how new aspects can be added. As the client for this project was also the regulatory body in charge of overseeing such work, the responsibility was doubled.

Tanner Architects took on the restoration of two 1830s-era buildings at the old King's School site in Parramatta, in Sydney's western suburbs. The buildingswere converted into offices for the Heritage Council of New South Wales by a team including architect David Earp.

"The project was interesting because the client was also the approvals body," he says. "They wanted the project to be an example of best practice of the adaptive re-use of a heritage building, both in terms of the actual restoration and also the insertion of new facilities."

The aim was to show how a heritage-listed building could be used to meet modern office requirements.

"A lot of people have major concerns about owning and maintaining heritage structures and consider heritage restrictions to be a burden, but we think they can be a positive, especially as they provide character in a building. Adaptive re-use is also one of the best forms of ecologically sensitive design, in that it's basically recycling a whole building rather than knocking it down and starting again." 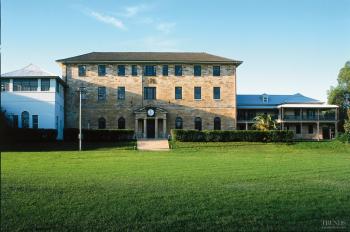 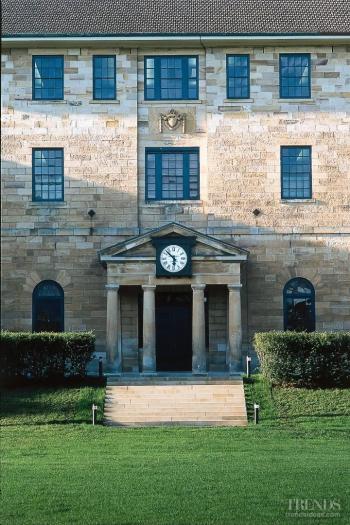 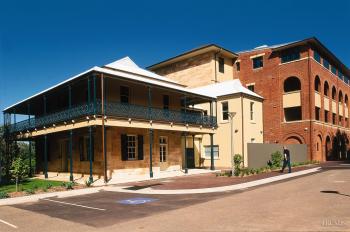 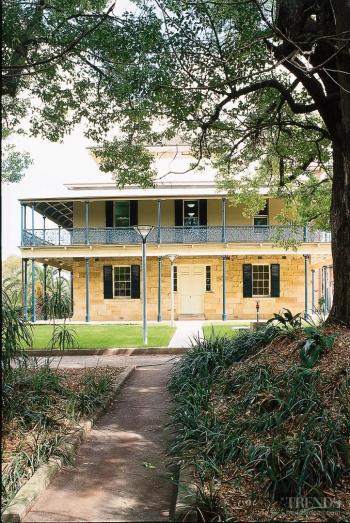 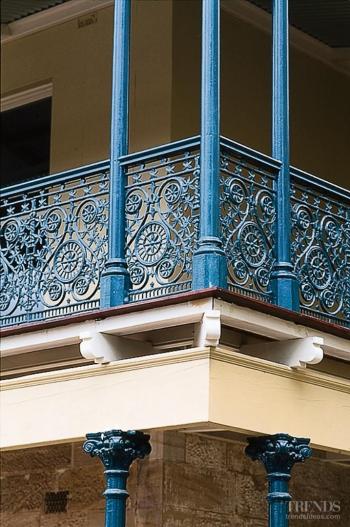 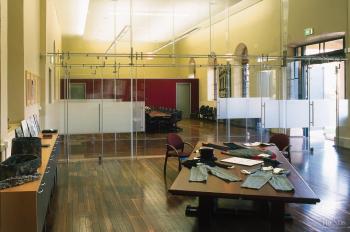 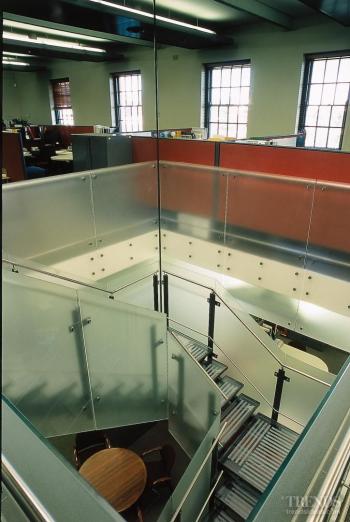 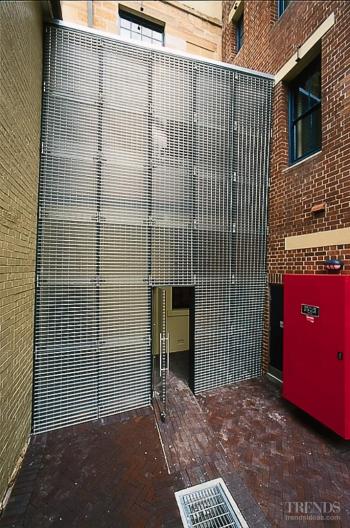 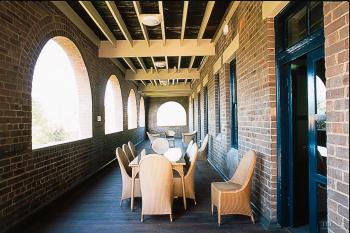 The old King's School site is of considerable cultural significance. The land was farmed from the early 1800s, then the first large public boarding school in New South Wales was established there in the 1830s. The King's School operated continuously on this site until 1964.

This stage of the restoration covered the main school building, originally two storeys but extended to three in 1925, and the former headmaster's house. Both buildings were originally built in 1836, although considerable additions and alter-ations had subsequently taken place.

Major modifications were made in the 1960s and 70s when the school moved to another site and the Department of Public Works refurbished the buildings as a rehabilitation centre for the mentally disabled.

As well as restoring the physical fabric of the buildings, an important part of the brief was bringing the structures up to modern standards for fire safety and other services – not an easy task on what was essentially an archaeological site.

"While excavating to put in these new services, every time they dug they found bits of old brick cisterns, stone pipes and drains that were still functioning."

As very little of the original interior remained, the architects had plenty of freedom to insert modern elements. Theseinclude glass walls dividing the office space on the lower level into smaller rooms, and a new staircase of toughened glassthat connects the upper office levels. A link was also created between the two buildings, using original doors so no new openings had to be made in either structure. It features fixed glazing for natural ventilation and mesh for sun-screening.

"There was a definite decision to make all the new elements obviously new, so we used a lot of glass and steel," says Earp. "There is a language of the new elements, so they are all related to each other but obviously different to the original fabric."