Renovating a traditional villa always brings a few challenges – kitchens are invariably in the wrong place and too small.

To create a larger space for this kitchen in an older villa, a wall was removed to join two rooms into one. Designer Lara Farmilo of Poggenpohl says this left an L-shaped space with plenty of room for cooking and food preparation areas.

"One of the owners is a former chef and is passionate about cooking and entertaining," says the designer. "She wanted large hobs, preferably on an island. But the shape of the kitchen didn't suit an island, so we created an island-style peninsula, which wraps around one corner of the kitchen to form a cantilevered seating area."

The peninsula is 900mm wide, which not only reduces the distance between the key work areas, but also allows room for a large CoolDrawer at one end. In addition, it provides space for a series of Gaggenau hobs to be centred on the benchtop. There is enough space for a platform area at the back of the hobs for a knife block, oils and spices.

"The rangehood is not attached to the wall, but suspended – just as it would be on an island," says Farmilo. 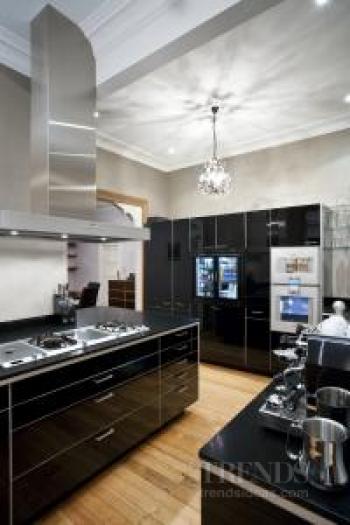 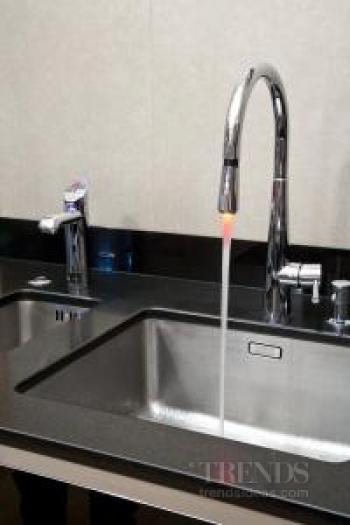 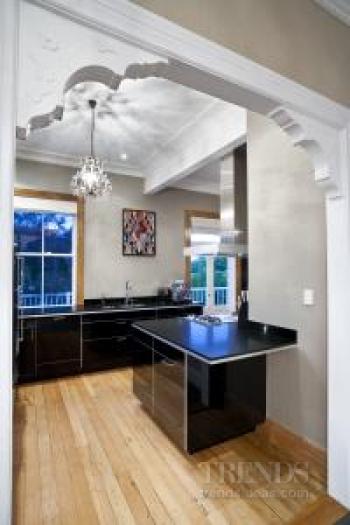 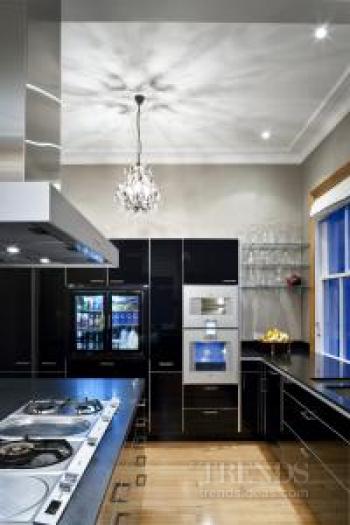 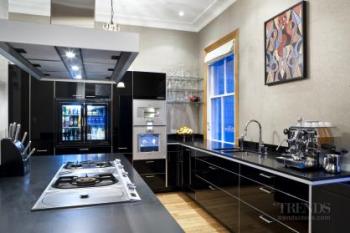 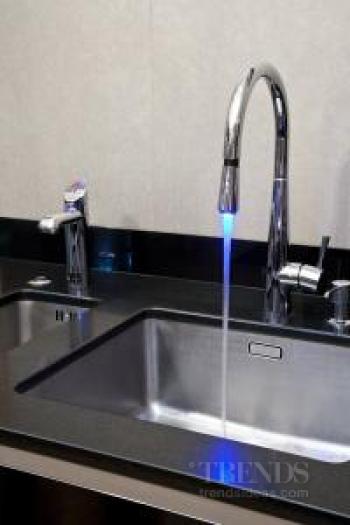 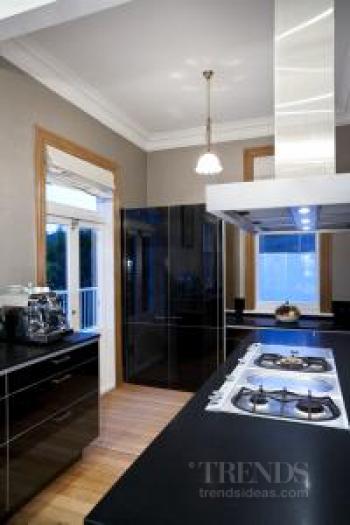 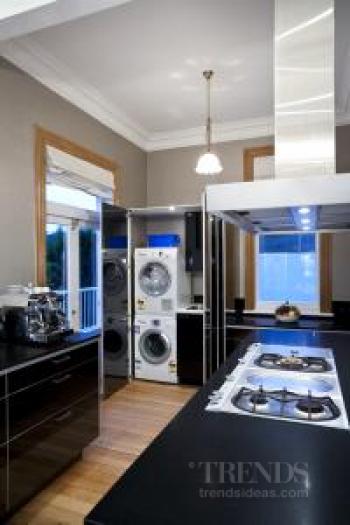 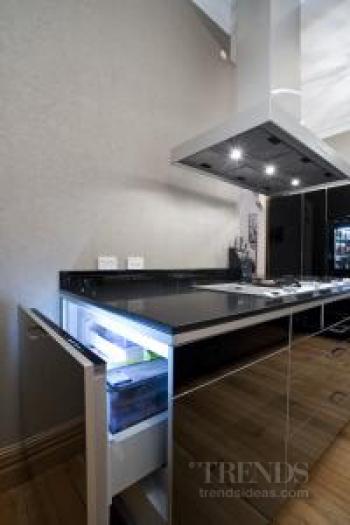 Glossy black Poggenpohl cabinetry adds to the drama of the kitchen. Farmilo says the owners had seen Poggenpohl's Plus Integration kitchen in the showroom and wanted their cabinetry to be similar.

"The black is relieved by aluminium edging around the drawers, and an aluminium substrate beneath the honed black granite benchtops. This helps enliven the cabinetry and makes it seem less dense."

A bank of cabinets at one side houses two ovens, two pull-out pantries plus additional pantry storage, a second CoolDrawer and a custom-designed refrigerator with glass doors. The height of the cabinetry drops to benchtop level at one end, creating a niche with glass shelving. This design ensures the black doesn't overwhelm the space, says Farmilo.

The kitchen incorporates a new laundry, concealed behind doors. An adjacent low benchtop can be used for decorative purposes or folding washing.

Farmilo says despite the contemporary design of the kitchen, several of the traditional villa features have been retained, including decorative mouldings and sash windows.