Even a heritage suburb can include homes from a later era that simply don't fit in. In such cases starting over can be a win-win, with both the owners and the neighbourhood benefitting from a more considered design response.

This new house occupies a prime site in the heritage suburb of Ponsonby, Auckland. The surrounding houses are a mix of traditional single-bay villas and two-storey cottages dating back to the turn of the last century – and earlier.

Architect John Ingham of Archoffice says the former house on this site was not one of these character villas, however. Built in 1975, it was a rather ordinary single-storey home with fibrolite cladding and aluminium joinery. Being a sought-after suburb with high land values, it made sense to demolish the old and build anew.

Owners Aaron and Joycelyne wanted a house with strong architectural merit – one that would reflect the Ponsonby vernacular. The design needed to maximise the narrow site, with two linked pavilions and a courtyard in the middle. The family home also had to be user friendly and comfortable.

Ingham says creating two pavilions ensures the mass is in keeping with the neighbouring cottages – each pavilion is a similar volume to these houses. It also lessens the visual impact of a large house in the street, which would have looked out of place. 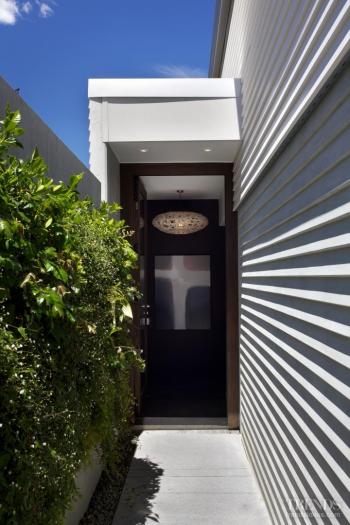 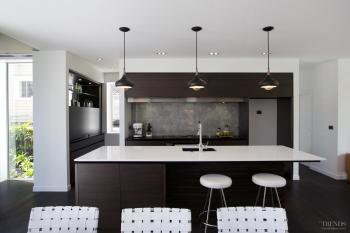 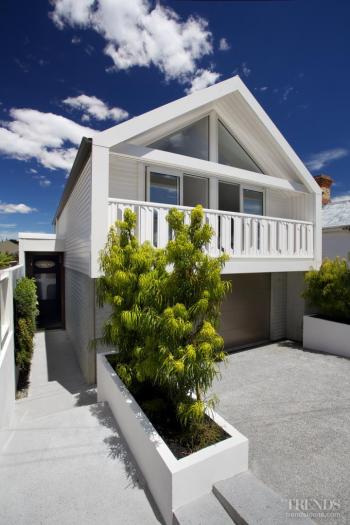 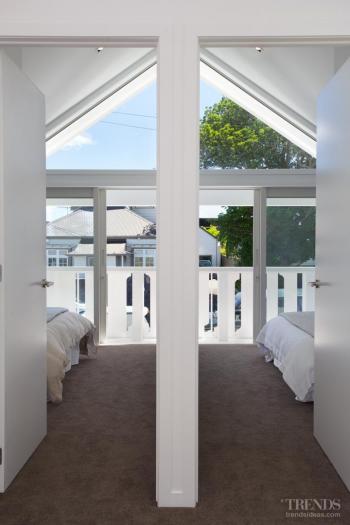 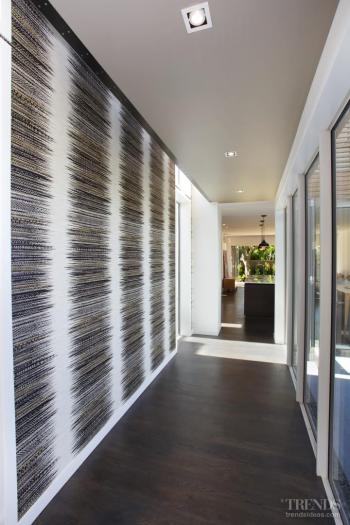 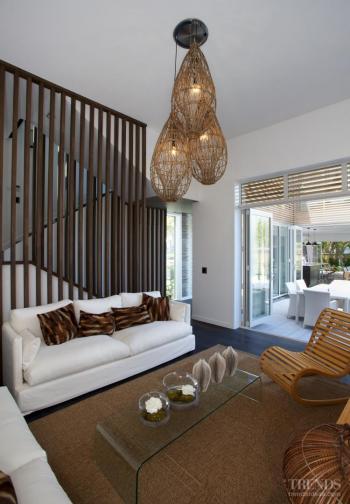 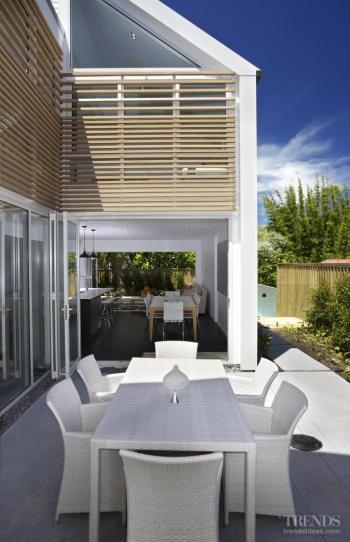 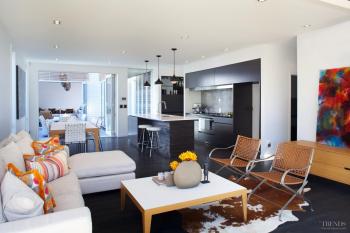 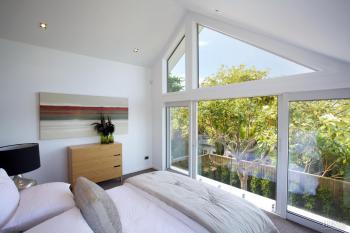 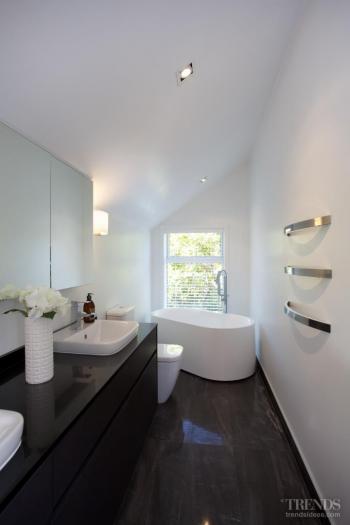 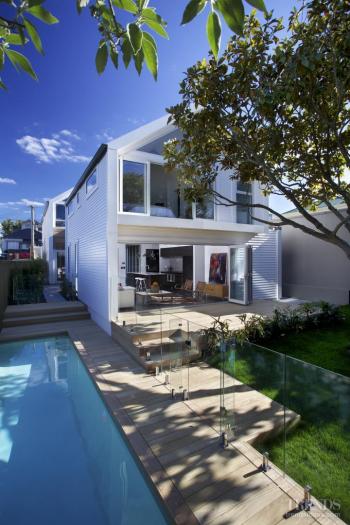 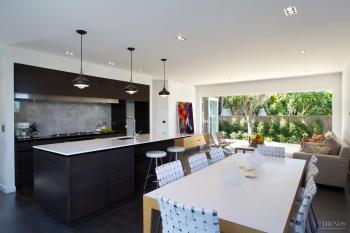 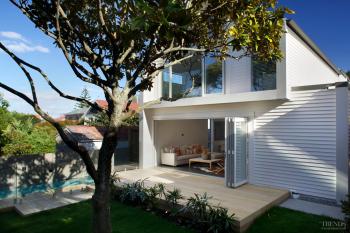 "The pavilions have a simple gable form with a 35° roof pitch that references the traditional villas," he says. "The form also echoes the front of the nearby All Saints Church that was completed in the late 1950s. The church is known for its Maori and English references. This house has a similar wide gable and deep overhang, reminiscent of a wharenui. Balustrading on the upper level was derived from the rauponga artwork by renowned New Zealand artist Gordon Walters – it has a similar fern leaf motif."

"Provision was also made for matching operable screens on the upper deck," says Ingham. "The ornamentation of the balustrading, screens and windows creates a layering aspect to the facade that is typical of traditional villa decoration. We also added timber battens to the upper level of the walls surrounding the courtyard between the two pavilions. The timber is a simple motif that offsets the otherwise plain white box."

This concept of layering continues on the interior, starting with the floor-to-ceiling cedar battens that form the stair balustrading. This is introduced near the entry, as the living areas are several steps lower. The linking volume between the pavilions is lined with a graphic wallpaper that adds another textural element.

"Separating the house into the two pavilions provided additional advantages," the architect says. "It brings light into the centre of the long house, and allowed us to create a private inner courtyard. Programmatically it also meant we could separate formal and informal living areas, and children-parent spaces."

In keeping with the pavilion concept, the ground-floor living areas open right up to the outdoors, almost like a tent. The formal living area is contained within the front pavilion while the main family living space is at the rear.

The kitchen, designed largely by Aaron and Joycelyne, features an island positioned on the main axis that runs from front to back. To reinforce the layering concept, the island features battens that have been stained, like the rest of the American oak veneer, in a dark shade that matches the timber flooring. This helps to anchor the living spaces within the white box.

Throughout the house, white walls, dark floors and white furnishings are countered by natural timbers, many with a tribal influence, and seagrass matting that together bring a visual warmth to the entire interior.