The project featured on these pages presented a one-off chance to do just that. As part of a major redevelopment of a heritage-listed estate, the house incorporates the original garage and caretaker's quarters. Architect Judith Rintoul of Conybeare Morrison says the building's brick facade was the most significant heritage element, particularly the arched windows.

"The exterior reflected the grandeur of Babworth House, the historic home on the estate, but the interior was very simple and not of historical significance."

The architect says there was also an old glasshouse attached to the building, which influenced the design of the new house.

"The house was conceived as two separate pavilions linked by a glazed atrium. We retained the old building, commonly known as the gatehouse, and created a new steel and glass pavilion that reflected the proportions of the original building. The roof, for example, has the same pitch, and rooms are a similar size and shape." 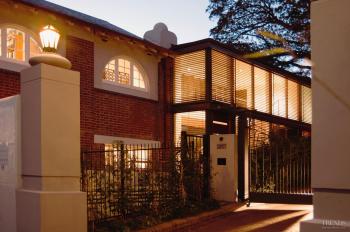 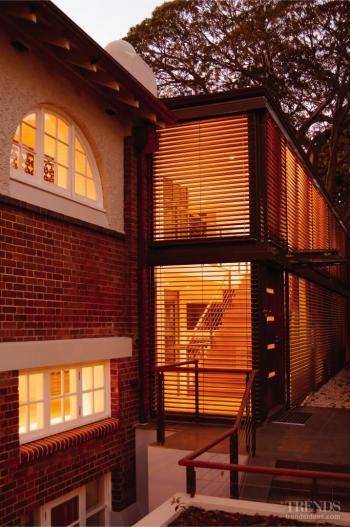 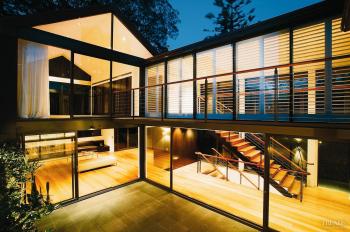 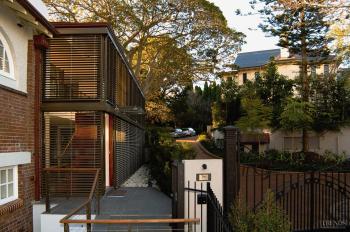 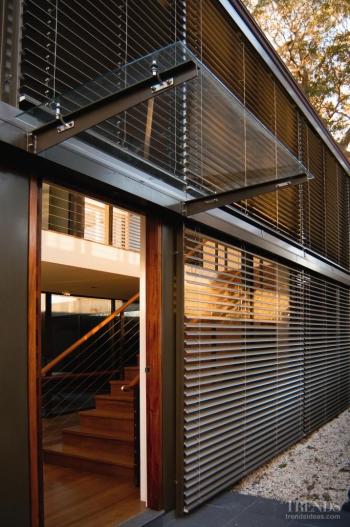 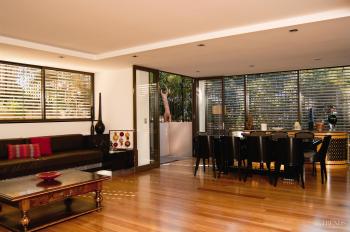 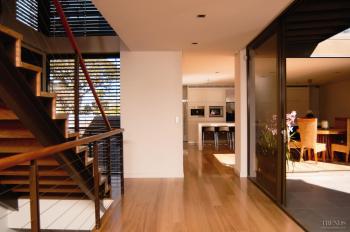 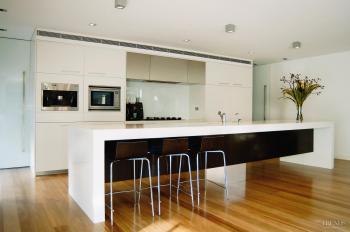 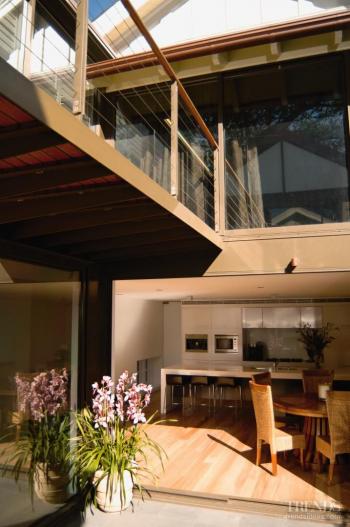 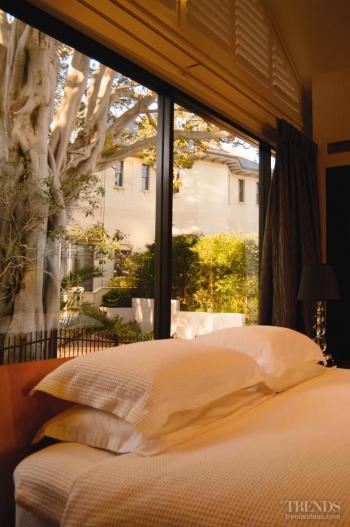 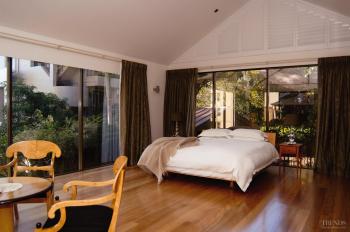 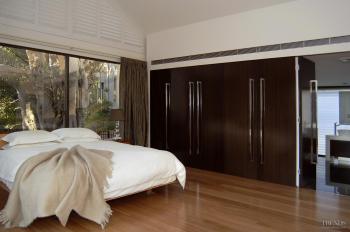 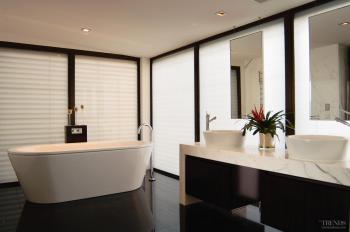 Judith Rintoul says the glass pavilion is also an interpretation of the original glasshouse that preceded it. Its light-filled, transparent interior provides a bold contrast to the brick pavilion.

"It was important for the old and new elements to have their own distinct identities," she says. "One enhances the other when you use similar proportions."

The exterior of the new pavilion features motorised aluminium louvres, which alter the transparency and light within the house as required.

Both buildings and the connecting, glazed atrium are grouped around a courtyard, with fully glazed walls opening up the house to the outdoors. The glass walls also enhance the light, spacious feel of the interior, particularly the entrance atrium, which is a double-height void containing the stairs and a gallery linking the top-floor bedrooms.

"The staircase is designed to appear to float within the void," says the architect. "This is a very simple, uncluttered space, with a crisp, contemporary look. But the turpentine hardwood flooring and stair treads ensure it is also a warm rather than a minimalist interior."

The formal living room in the new pavilion continues the warm tones. Seating and dining areas are positioned to maximise the green outlook, which includes a view of a large, protected Moreton Bay fig tree.

Clean, uncluttered lines also characterise the kitchen in the gatehouse pavilion. The cabinetry features flush doors, finished with a glossy, metallic car paint, and both the refrigerator and dishwasher are integrated to retain the sleek look. A 5m-long island has a wraparound quartz benchtop.

"The kitchen is detailed as a piece of furniture with a backdrop," says the architect. "Its symmetry is enhanced by large, pivoting, frosted-glass doors either side of the appliance wall. These lead to a pantry and a powder room."

The master bedroom is positioned on the top floor of the new pavilion – its size enhanced by a ceiling that follows the gabled roof line. Two of the walls in the room are fully glazed. Another wall features a bank of closet cabinetry in a dark timber veneer. One of these doors leads to a spacious ensuite bathroom.

"As the ensuite also has full-height glazing, there was a need to provide privacy," says Judith Rintoul. "The windows are consequently double-glazed and have interior blinds, as well as the motorised exterior louvres, providing privacy and light as required."

A gallery bridge links the master bedroom with a second bedroom contained within the old pavilion. The gallery opens to a west-facing balcony above the courtyard, which was designed to maximise the view of the city skyline, and provide shelter for the door opening below.

The gatehouse pavilion was large enough to accommodate an additional lower storey. This features a home theatre room, laundry, wine cellar, powder room and a third bedroom with an ensuite bathroom.