One of the advantages of refurbishing a renovated warehouse is the open, uncluttered nature of the space

The structural requirements of a building have a major impact on the design possibilities and can easily compromise renovation plans. Either a wall is part of the structure and has to be kept or, if it is removed, other forms of support, such as beams or columns, must be included in the design.

When architect Nick Winton of Anmahiam Winton Associates saw an empty loft space on the 10th floor of the old Washburn-Crosby granary building, he immediately recognized the possibilities. At 4200sq ft, the loft was large and clear, and it opened onto another 3000sq ft of outdoor space that could be transformed into a roof garden.

From a space-planning perspective, because the building had previously been a warehouse and storage facility, only a small number of support columns broke up the large volume.

"And, because of its position beside the river in the center of the city's downtown area, the loft and garden overlook two extraordinary landscapes. In one direction, views are of a dramatic, contemporary skyline, and on the other side we can see the power of the river," says Winton.

"The loft is effectively a penthouse on top of the building, with doors opening directly out onto the roof, giving the position an even greater impact. To ensure the indoor and outside areas work together, the roof garden landscaping and the interior architecture were developed in conjunction with each other," the architect says. 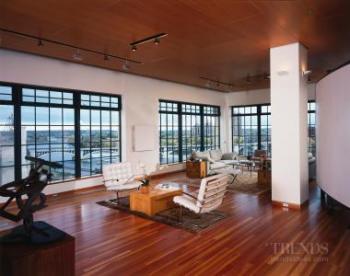 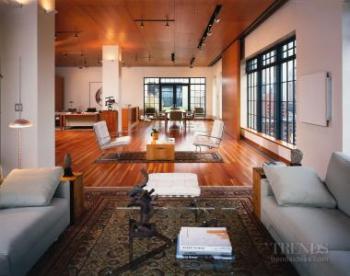 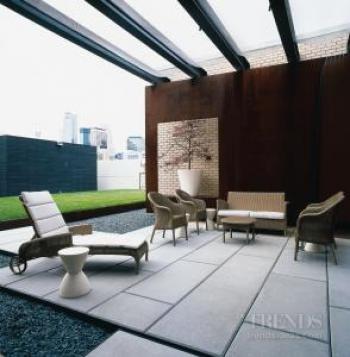 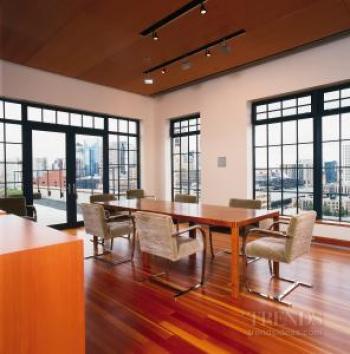 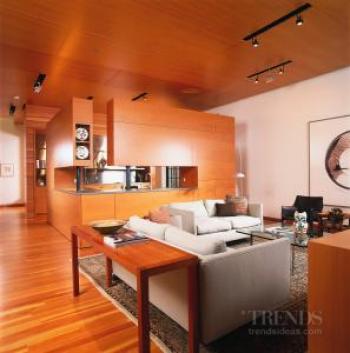 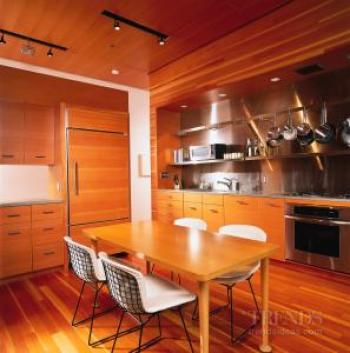 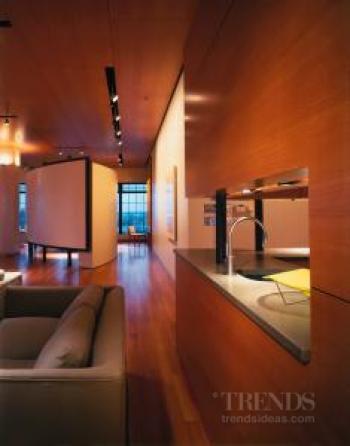 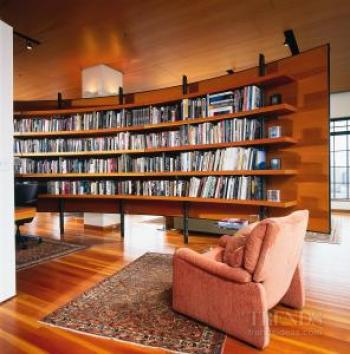 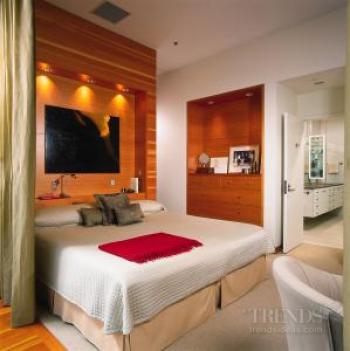 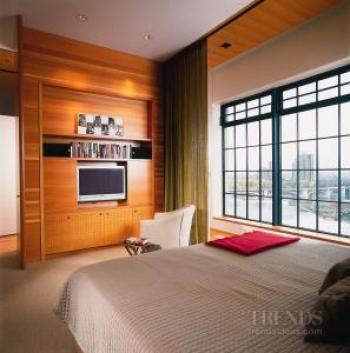 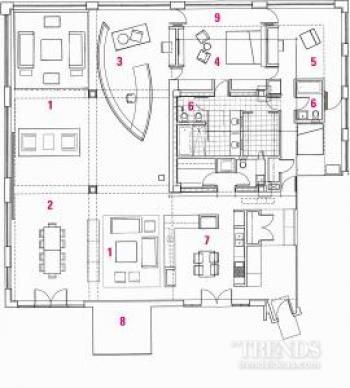 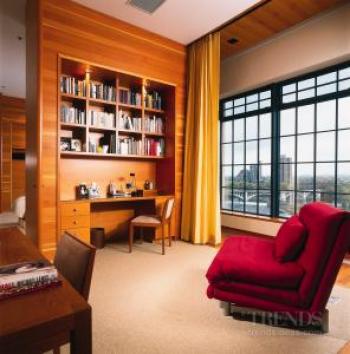 Another appealing feature of this industrial warehouse was the presence of large windows extending from just above floor level to the ceiling on all sides of the building.

"Everything about the space was classically loft-like. We kept all the original window openings and only altered a couple to create doorways onto the deck," Winton says.

"Our brief was to take 4000sq ft of open volume and create an apartment for two people. We elected to keep the space as uncluttered and as minimal as possible. To help define the public and more intimate zones of the apartment, we developed a series of objects; some of them also added a sculptural element.

"About quarter of the apartment is taken up by one large, square pod containing the master bedroom, as well as an adjoining living room, study, and bathroom," says the architect.

This spatial separation enables the owners to move around freely in these rooms without going into the public areas of the apartment. To make it more private and intimate, the bedroom zone is also separated from the outer wall of the building. An automated curtain can be drawn, leaving a four-foot-wide corridor between the bedroom pod and the outer walls and windows.

"The bedrooms are quite small, given the size of the apartment. They are intended for sleeping in, with additional spaces provided for other activities. Thick, rich, silk and linen curtains help reinforce the aura of intimacy around these spaces," says the architect.

A second wood-framed pod contains the kitchen, which opens onto the terrace.

"Like the bedroom pod, the owners didn't want the kitchen to be a social gathering point, because the living spaces are so inviting. The kitchen is large enough to be functional, and the outer wall helps to close it off and define the living area."

Winton says the third pod is an idiosyncratic element that deviates from the geometry and order of the rest of the apartment. Its long, curved steel and unfinished plaster outer walls are in complete contrast to the wood used on other surfaces.

"This pod fulfills several functions. It forms a beautiful, sculptural object within the large,open-plan living space. It also helps to organize the public spaces of the apartment, providing a visual barrier between the living area and bedroom pod. And on the inside, it is a library and study with its own private view of the river," says Winton.

"It also has two personalities. The Douglas fir walls create a cocoon-like feeling on the inside, while the outside surfaces are planes of smooth plaster."

Winton worked with interior designer Tom Gunkelman and the owners to keep to a limited palette of materials and colors in the apartment.

Douglas fir on the ceilings and floors introduces a warm, comfortable note to the otherwise simple interior. In contrast, the walls are painted white, providing a neutral backdrop for the owners' collection of minimalist art and furnishings. Because of the large number of windows and the open-plan layout, there was little wall space available for artwork.

A Douglas fir wall panel on a track was designed to counteract this. The panel slides along the long living room wall in front of the windows so it can be positioned wherever it is needed.

"In fact, it looks so good with nothing on it that it has been left empty," Winton says.