Incorporating sustainable design initiatives into a building's fabric is often a balance of practical and philosophical considerations. However, when it comes to looking at older structures, perhaps the greatest decision, environmentally speaking, is whether to refurbish or rebuild.

Cameron Chisholm Nicol (CCN), an architectural and interior design firm specialising in environmentally sustainable initiatives, was commissioned to renovate Sheffield House. This rundown 1930s building, located in the centre of Perth's CBD, comprised retail stores in the basement and at ground level, plus three levels of under-utilised office space. As part of its redevelopment, CCN planned to relocate to the third level.

CCN managing director and project director Greg Salter says that while the old building was in a poor state of repair, it was structurally sound. The tenants in basement and ground level retail spaces also returned a steady income, meaning revamping rather than rebuilding provided a more feasible economic model for the owners.

"Renovating this building provided CCN with the opportunity to practice what it preaches by adopting current best practice in workplace sustainability for its own offices. Upgrading the building was also a step towards CCN becoming carbon neutral," says Salter.

To achieve this, the building was stripped back to the original base structure of concrete masonry walls, floors and exposed steel frame, and the walls in disrepair were made good. The existing small, dark offices were opened up to create a single contiguous floor space at each level. 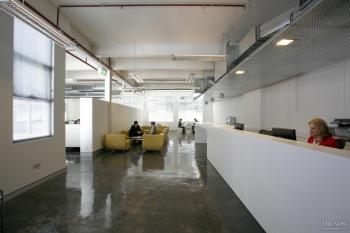 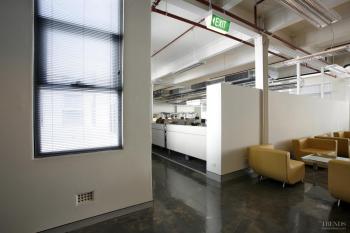 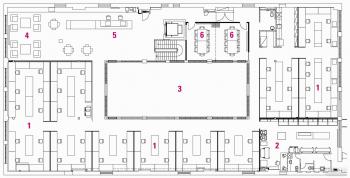 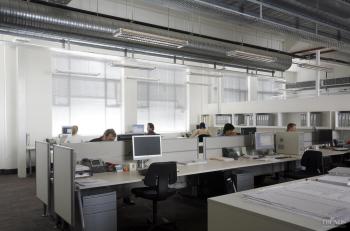 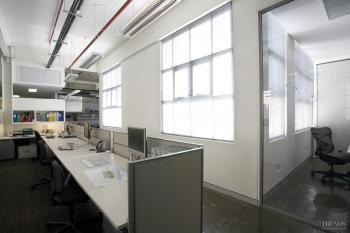 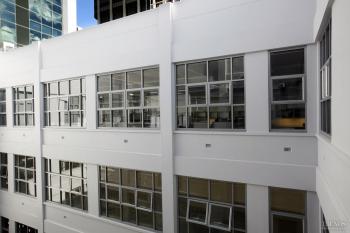 "Eliminating superfluous materials allowed the original structure of the building to be showcased, and avoided wasteful adaptation of base building services and other elements such as ceilings, lighting and floor finishes on CCN's level of the building," says Salter.

The building originally had a large lightwell in the centre, but over time many of the windows overlooking it had either been boarded over or were in bad repair. Opening them up immediately introduced daylight into once-dingy offices, and exposing the beams and services created higher ceilings, which also improved the natural light. As well as harvesting daylight from the central atrium, CCN installed a lighting system that is divided into switching zones according to proximity to external glazing.

In addition, light and movement sensors throughout the offices help control – and reduce – light use. The heating and air conditioning system also takes advantage of the lightwell, using natural mode ventilation when ambient conditions are suitable.

"Fit-out components, such as desks, workbenches, floor surfaces and paint have all been selected to meet the guidelines of the Green Building Council and to enable the tenants to apply for a Green Star rating.

"We have recycled an old building well past its use-by date and have achieved good rental returns from it. And, from a building owner's point of view, assisting tenants to possibly achieve future Green Star status offers long-term benefits in terms of building costs and energy savings," says Salter.