Just as the way our forebears lived differs from our own modern lifestyle, so too are the traditional notions of architecture changing. With business processes becoming more transparent and interconnected, it has become clear that the only constant is change. This is reflected in office environments where flexibility and an ability to connect, along with the creation of social spaces, are no longer desirable but essential.

The recent refurbishment and extension of the Vogel Building to create the Vogel Centre ushers in a new era in integrated office environments. The 17-storey tower block built in the 1960s has been completely refurbished and restrengthened. To meet the demand for large contiguous office floors, the existing building was designed with two new column-free buildings around it. This has created, at the podium level, some of the largest office floor plates in Wellington, exceeding 4000m2.

CCM Architects – the architectural practice responsible for the refurbishment – faced a number of hurdles throughout the project, says director Guy Cleverley.

"It is always challenging to work with older buildings, particularly ones of such clearly defined structure. It sets up a range of parameters to work to; however they are not always the ones you want. With these constraints, one must also overlay the new order, the changes in people's expectations and improved technology, particularly in the areas of sustainability and seismic upgrades."

In order for the Vogel Centre to comply with the latest legislation, additional seismic strengthening was required. Further to this, extra floor area was added to the existing building to increase the floor plates, but more importantly to build in flexibility. 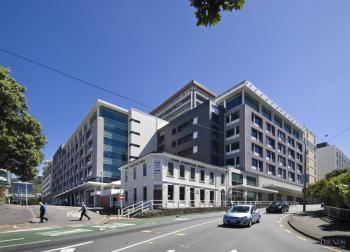 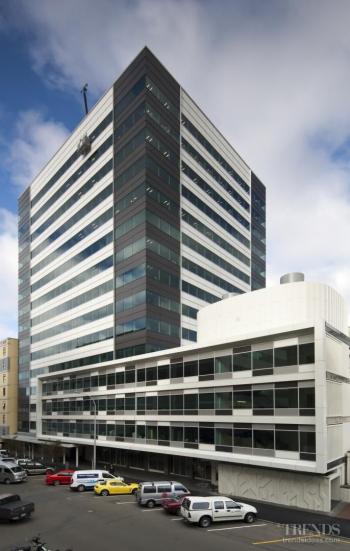 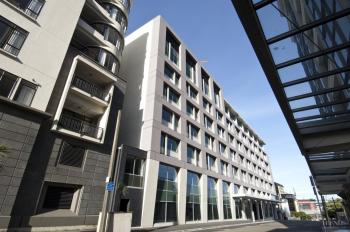 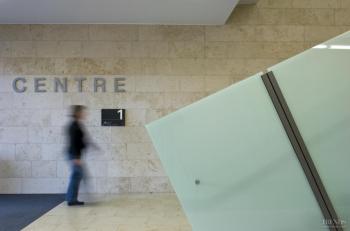 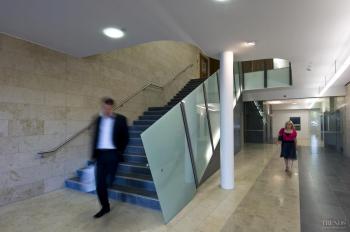 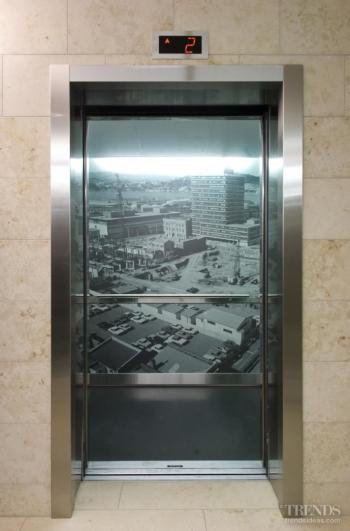 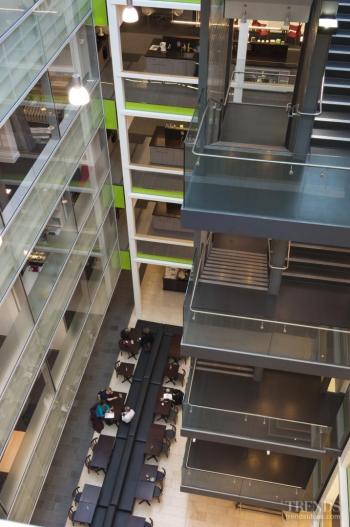 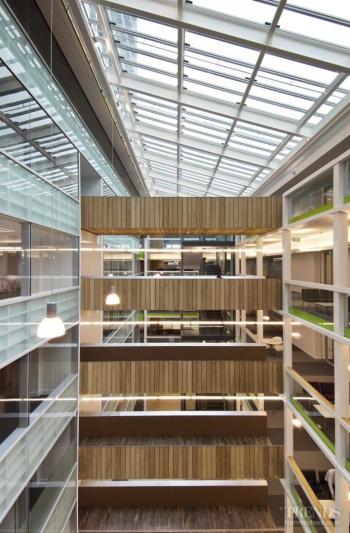 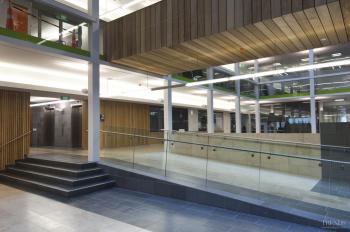 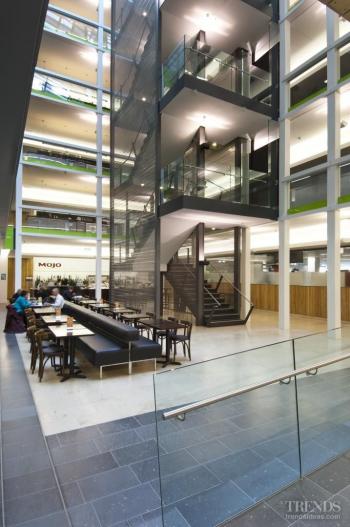 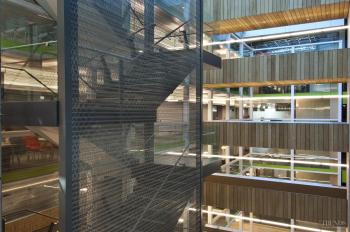 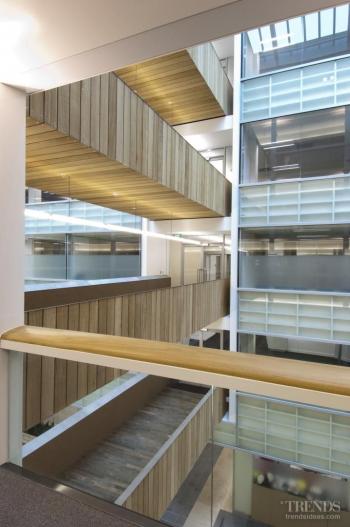 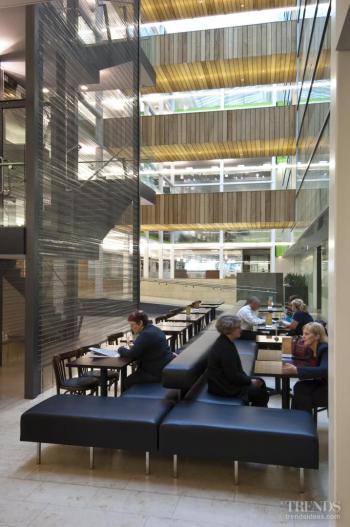 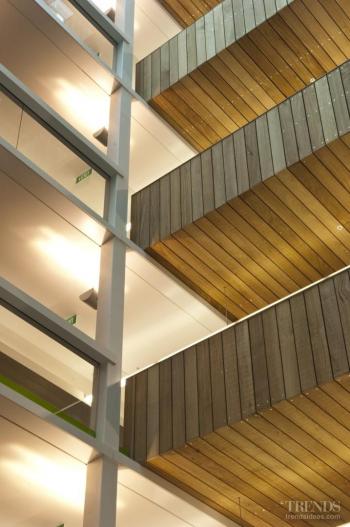 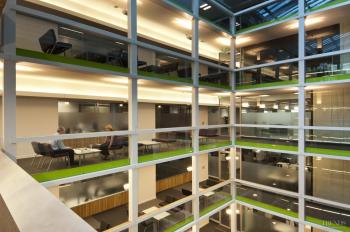 "Removal of the existing spandrel allowed an additional unimpeded space of around two metres – which equates to an extra desk-width around the perimeter of the building.

"Combined with the tower upgrade was the addition of the two buildings to the south – linking the project together to create contiguous office space. The atrium element has been used to break down, and create interest in the space, as well as to bring in natural light," says Cleverley.

To inject a human scale into the building, the architects included a number of design devices to visually soften the space.

"In theory, the whole interior could have been glazed, but that would have produced a rather clinical result. We chose to incorporate stone and natural timber to the mix to add warmth and visual texture. This plays off other materials such as the stair mesh, structural steel columns and the exposed framing behind the glass."

"A visually tactile space is an essential element of any place where people interact," Cleverley adds.

Ensuring the 2500 staff in the building work in a pleasant work environment was essential. With the structural constraints – dictated by the existing Vogel Building – of just over three metres floor-to-floor, essential services required special design consideration to maintain good ceiling heights and a sense of spaciousness throughout.

"The building services and structural engineers were exceptional in what they achieved, and it's impossible to detect what they did," says Cleverley.

"Lighting was also an important element in imparting a visually interesting sense of space. The most obvious example is the uplighting around the atrium perimeter, which was designed to create a more natural lighting feel, thereby enhancing the sense of openness and enlivening the space.

"We were also deliberate about maintaining a linear directional lighting element, reinforcing the seamlessness between the old and new."