Sheltered from neighbouring houses and the natural elements, this multi-use courtyard provides a tranquil haven for its homeowners

One of the major challenges of designing a courtyard in an urban setting is trying to create space and privacy, without blocking out natural sunlight.

This was certainly true in the case of this garden, bordered on all three sides by neighbours. Keen gardeners, the owners collaborated with landscape designer Louis Imbruglia, to come up with a private, functional area that was green and lush, yet didn't need too much maintenance.

Imbruglia says the lie of the existing landscape and the proximity of surrounding houses are often the two dominant factors that determine how this type of outdoor living area will finally look.

"The section was difficult to work with," he says. "It slopes up and away from the property, with houses on either side, and is also bordered at the rear by a 2.5m-high retaining wall."

The solution was to build up a natural barrier to block out the neighbours using varied layers of planting to soften the effect. 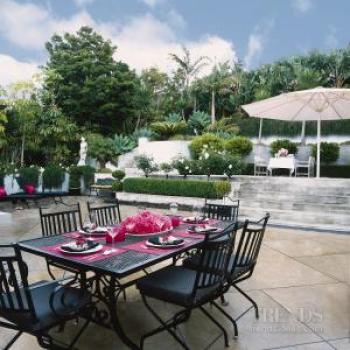 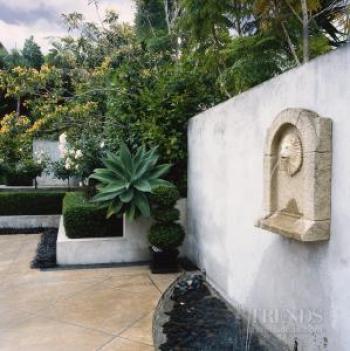 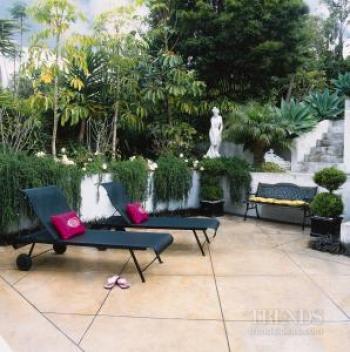 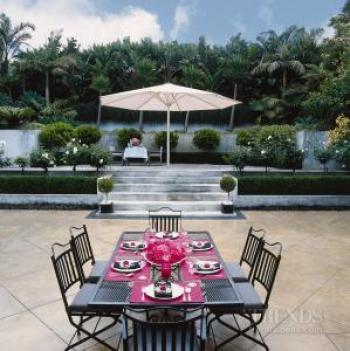 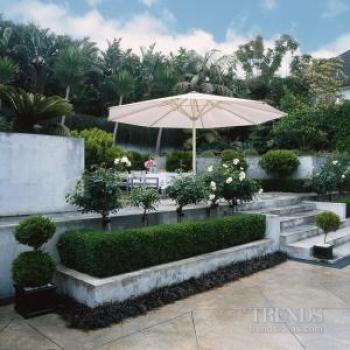 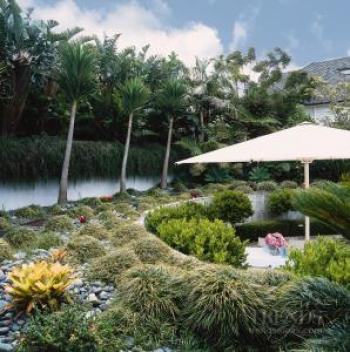 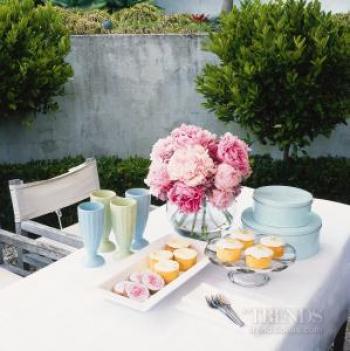 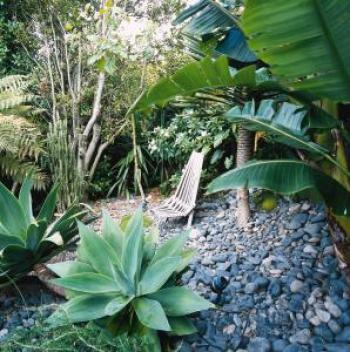 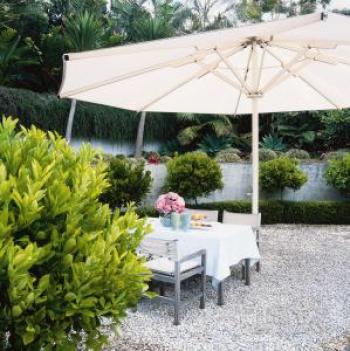 "Every layer is treated differently," says Imbruglia. "Bigger, bolder plants, such as the mature olive trees and the black bird of paradise, were used at the rear and sides as a screen. As you come down the tiers, closer to the house, the planting becomes more formal – first with a line of cycad palms, then a semicircle of yellow cumquats, and finally a neat row of iceberg roses edged by topiary."

The outdoor furniture is also layered and becomes less formal as you move away from the house. Black wrought iron chairs and a dining table on the ground level give way to a smaller, more casual, wooden dining arrangement on the first tier.

Tucked away on the next level is a small secluded area, with a favourite chair. Here, you can also catch a glimpse of the sea, say the owners.

Although it appears as paving, the main patio was laid as a single slab of coloured concrete, then cut on the diagonal part way through to resemble individual paving slabs. Black grouting was used to fill the channels, before a final layer of sealant was applied. This faux effect makes the area user-friendly and virtually maintenance-free.

The tiered effect has not only dealt with the issue of the sloping site, but it has also provided the owners with a truly diverse outdoor area.

"We have comfortably hosted a garden party in this courtyard for more than 100 people. But it can also be an intimate place to read a book," they say.