Looking like a fabulous jewelled beetle adrift on the river, La Seine Musicale has a unique presence – architect Shigeru Ban talks about his spectacular design

La Seine Musicale is a multi-purpose musical facility on Seguin Island, in Boulogne-Billancourt in the western suburbs of Paris.

Previously, the island was home to the old Renault manufacturing plant, which closed in 1992. After an interceding plan to build a museum there was cancelled, the city officials of Boulogne-Billancourt were inspired afresh by the Nomadic Museum, which I had constructed in New York in 2005. They asked me to design a temporary art museum using shipping containers and paper tubes for the island while waiting further redevelopment. However, this plan was also cancelled.

In 2010, the department of Hauts-de-Seine, to which Boulogne-Billancourt belongs, bought the island for one euro. Subsequently, architect Jean Nouvel designed the masterplan for the island and two years later, in 2012, a competition was held for the building of a multi-purpose musical facility on the island.

We prepared many drawings, perspectives and models for the venue and were one of only three teams selected to continue after the first round. Then, we made more detailed plans and image videos and finally our team won the competition in 2013. This process had run for one and half years.

The available site was 330m long, running along a narrowing edge of the Seguin Island. The Eiffel Tower happens to be almost as long and as wide as the site. Here, we have designed a musical facility with the total floor area of 36,500m2. This includes a multi-use concert hall – Grande Seine – with seating for 4000-6000, together with a classic concert hall – Auditorium – which incorporates 1150 seats, a music school, and retail.

Hauts-de-Seine, our client, had wanted us to design something monumental and symbolic for the west gate of Paris. However, instead of making an unusual-shaped building, I created a precious "jewel" – the Auditorium.

This is a vineyard-style concert hall where the seating surrounds the stage. Its form is egg-like and its surface covered with mosaic tiles which change colour from emerald green to bronze red according to the lighting and the angle of vision. The mosaic tile was custom produced for this project, inspired by the Japanese Tamamushi beetle.

The foyer around the Auditorium is covered with glass cladding set within a wooden structure. A condition required for the competition was the inclusion of 3000m2 solar panels. However, instead of the usual locating of the panels on top of the roof, I designed a triangular sail-form in solar panels and shaped this around the auditorium. The sail form moves according to the sunlight, just as an ordinary sail moves in response to wind. Thanks to its operation, the sail is facing the sun all the time, which allows an efficient power production and also creates a shade for the foyer of Auditorium.

Inside the Auditorium, I have covered the wall with corrugated wooden stripes. These are created in several typographies by composing the same single module differently in response to its specific required acoustic reflection and absorption. The variety of patterns ensures a homogeneous diffusion of the sound wave and good acoustic quality at all the seats, and also creates different shadows.

While designing, I paid a lot of attention to Jean Nouvel's masterplan of the entire island. For the exterior, I designed massive walls using undressed/exposed concrete, since the masterplan required something brutal like the island's earlier occupant, the former Renault plant. And in contrast to its exterior appearance, I created a jewel of La Seine Musicale, which is the Auditorium.

I have also extended the commercial axis, which was defined in the masterplan of the entire island, throughout the building. When there is no concert, the glass shuttered Porte Guillotine and bi-folding Porte Pliante open up so that the public can go across the Interior Street (Rue Intérieure). Once inside, visitors can walk along past shops, the ticket office, restaurants, the foyer and on past windows where you can see into the rehearsal rooms. This street leads you to the Place Rodin, a sculptural terrace located at the point of the island.

The island's green belt – the other axis defined in the masterplan – extends to La Seine Musicale. You can go up the monumental exterior stairs to access the rooftop garden above Grande Seine.

This was not a client's request but my own desire to build public facilities such as museums and concert halls that are open for everyone. In other words, I like to invite citizens who aren't used to visiting such facilities, as well as music and art devotees.

The Interior Street and the roof top garden of La Seine Musicale are examples of this. And the giant LED screen on the façade facing the Parvis, or enclosed area, is another example. Essentially, I placed the biggest screen in Europe there hoping people who don't actually have tickets can still enjoy the performances taking place inside the two halls. 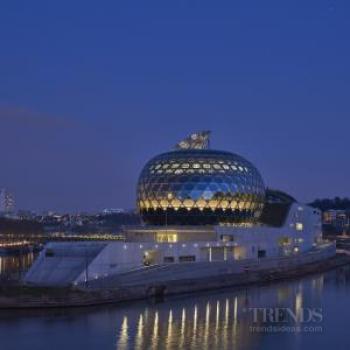 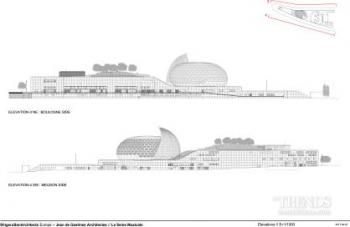 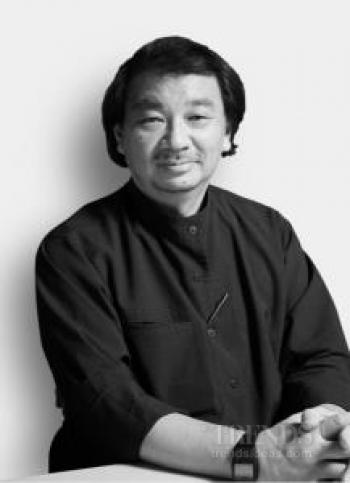 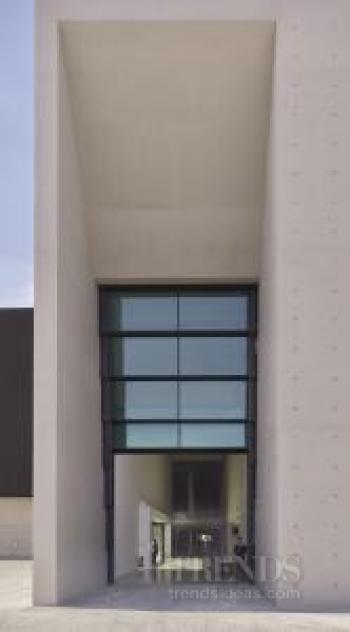 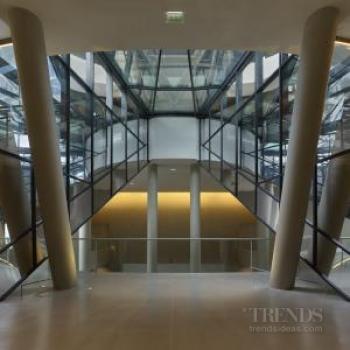 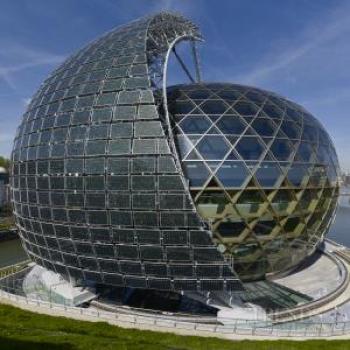 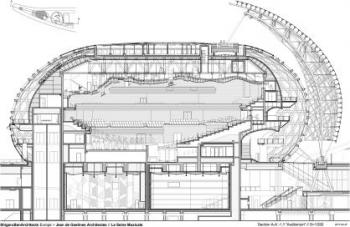 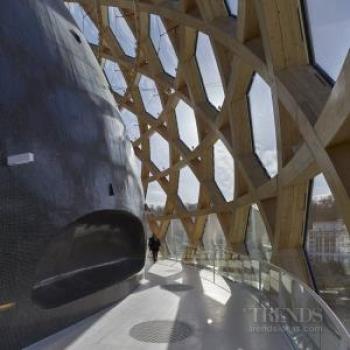 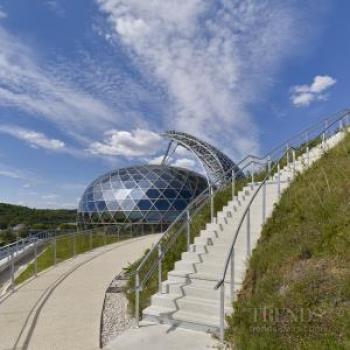 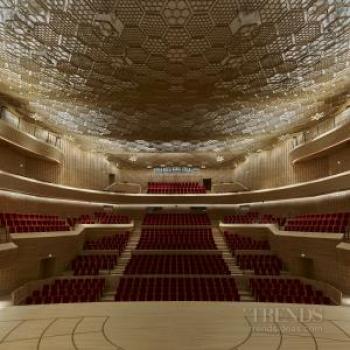 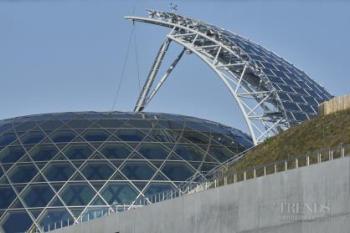 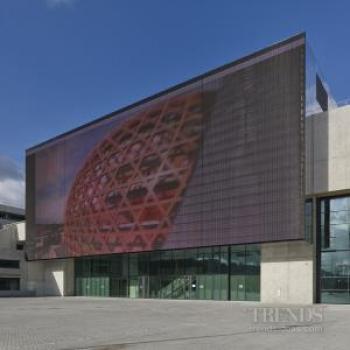 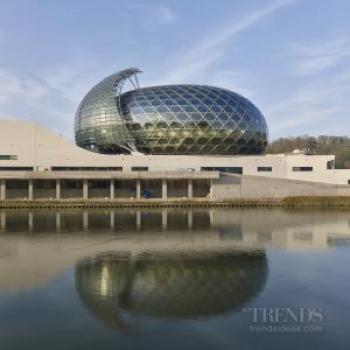 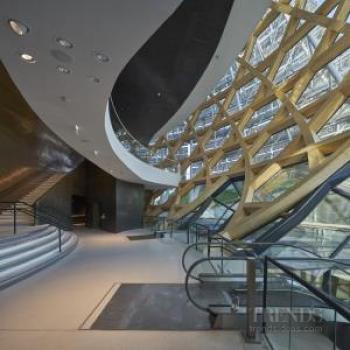 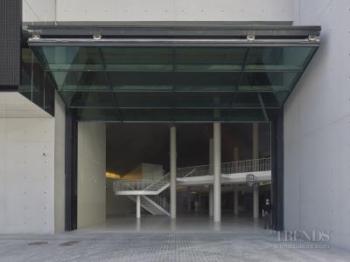 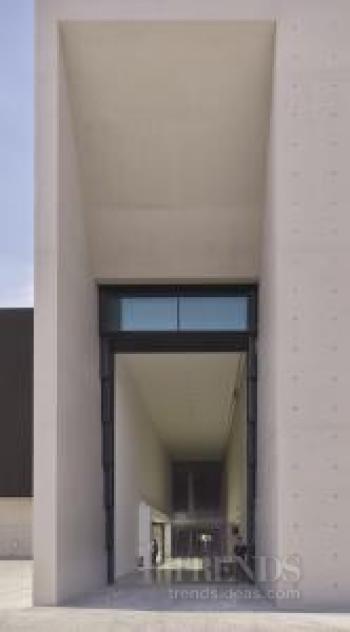 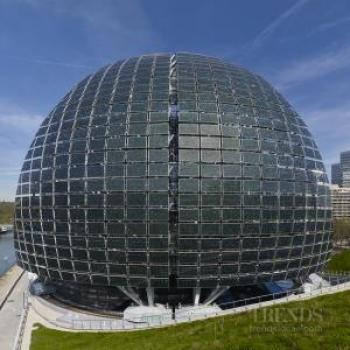