Where the house ends, the woods begin. This brief helped determine both the design and the materials of this contemporary home

Enchanting cottages in the woods don't just belong in fairytales. But the real version is more likely to be an architecturally designed home that caters to a modern lifestyle while still providing a place of refuge.

The home featured on these pages was designed to blend into the surrounding woodlands, and look as though it could have been there for some time. Architect Mark Shermeyer of SAA Architects says the owners requested minimal landscaping and no lawn.

"Where the house ended, the woods would begin. That's how the clients expressed the brief," he says. "It was also important that the house featured natural materials, such as stone and wood, on both the interior and exterior. However, the owners didn't want an overtly Prairie style home, or one that borrowed too much from the style of Frank Lloyd Wright."

Stone, wood and steel are much in evidence at the entrance portico, which is reached via a cloistered courtyard. Large, 4ft overhangs convey a sense of shelter at the entrance, while tiled steps mimic the roofline and extend out to form a point. This contributes to a sense of arrival and beckons visitors to explore further, says Shermeyer. 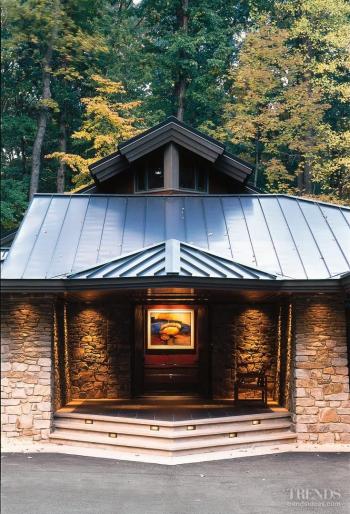 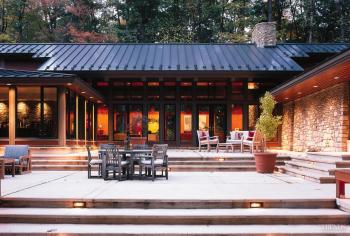 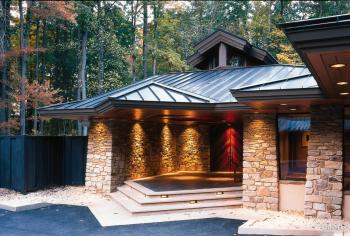 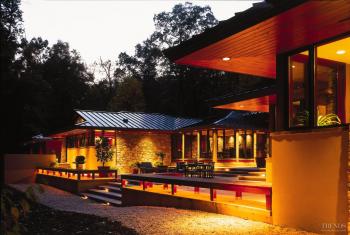 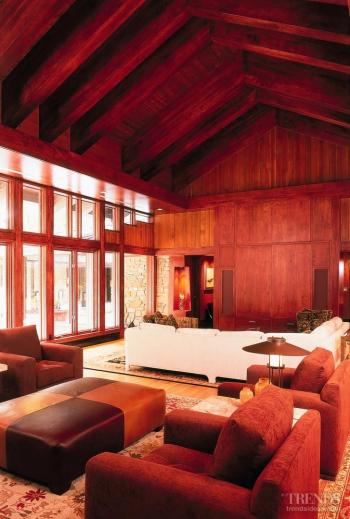 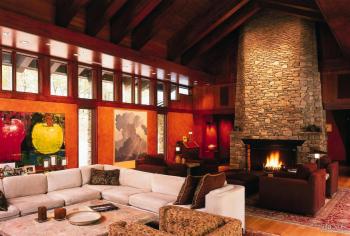 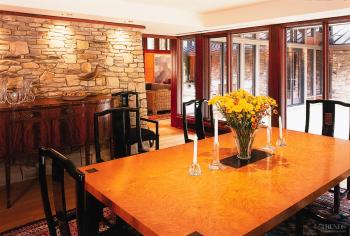 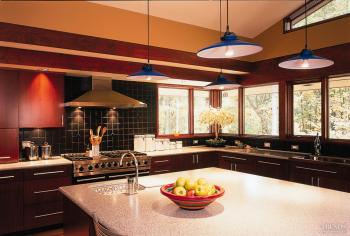 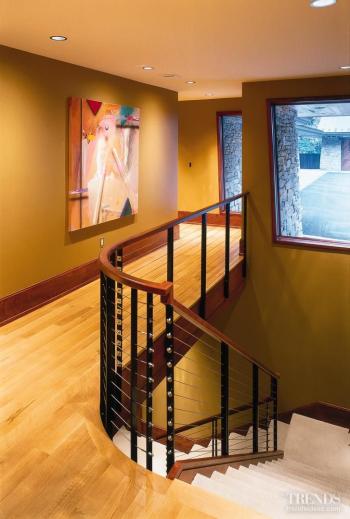 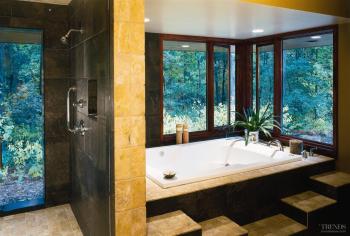 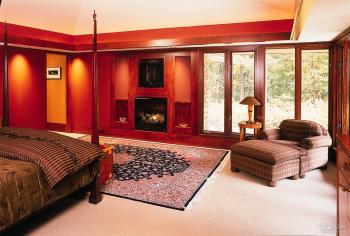 The entrance forms a key part of a long axis around which the house is organized. This axis follows the contours of the land and runs through the house to the woods at the rear.

A foyer at the entrance leads to the kitchen on one side. The great room is beyond the foyer and can be entered from either side of a central wall. Shermeyer says visitors are deliberately forced off the main axis to encourage a feeling ofanticipation and surprise.

"We wanted the different spaces to appear more dramatic when you arrive at them," he says. "There is a definite element of surprise that helps to make the home more exciting."

The great room incorporates a monolithic, battered stone fireplace and a high, beamed cathedral ceiling that echoes the woods beyond. A similarly monolithic wall incorporating cabinetry for the home entertainment system helps to anchor the opposite end of the room. In between these features, a glazed courtyard wall is contrasted by a mostly solid wallopposite. Clerestory windows extend along the top of both walls and are capped by continuous soffits, which form the base of the beamed ceiling.

Walls in the great room have a special paint finish that provides the rich, warm look of leather.The owners say they love color and didn't want any white surfaces in the house.

The dining room was conceived as a glass pavilion, grounded on one side by a heavy stone wall. Shermeyer says all the stone walls were detailed to slope inwards from the base. The stones also get smaller as the wall height increases, similar to the way a dry-stone wall is stacked.

"We wanted the stone to look as though it had always been there and that the house could have risen from the ruins of an ancient building," he says. "Allowing the stone walls to penetrate the interior makes the wood and glass appear to have been woven around the ruins. The rough look of the masonry is also a strong visual contrast to the smooth-edged detailing of the wood, glass and metal. In addition, the visual interplay between the axis, the voids and the solid walls enhances the ambiance of the home."

Shermeyer says that insulation and cost considerations meant the stone had to be a veneer, but with careful detailing, this is never apparent.

"Energy efficiency was a key concern. For this reason, and because the owners didn't want any window treatments, we used Loewen windows."

Bedrooms and bathrooms, which are off the private foyer at the far end of the great room, are all positioned to provide floor-to-ceiling views of the woods. Taking a shower is like being in the outdoors, say the owners.

Warm wood tones, such as the paneling in the master bedroom, are consistent throughout the house, and range from maple and birch to cherry.