Architectural innovation often springs from a challenging site; in particular one that is subject to stringent local body regulations. And these can be just as restrictive in a mixed-use urban area as they are in a residential enclave.

The architect of the Rolo apartment building in Fitzroy, Melbourne, which was developed by Rolo Developments, was faced with exactly such a challenge. Nicholas Murray says in addition to strict height limits, there were regulations governing the setbacks on each floor and the appearance of the building at street level.

"This is a very prominent corner site, and the building needed to fit in with the existing neighbourhood," Murray says. "At just 230m2, the site also has a very small footprint, which added to the challenge."

Developer and builder Robert Di Manno says that while the building needed to be respectful of its surroundings, he also wanted a point of difference.

"This is a very unique location, close to the city, and it needed a stand-out building of the highest quality," he says. 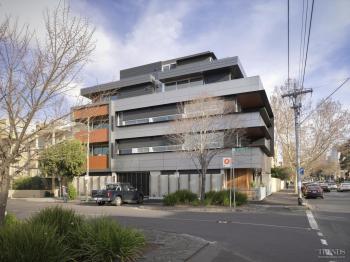 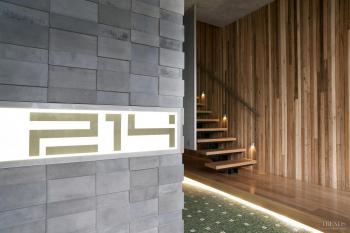 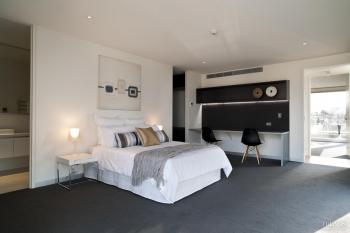 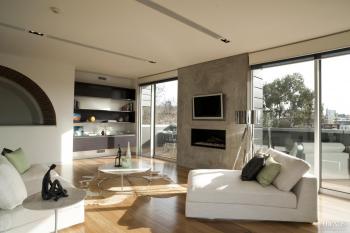 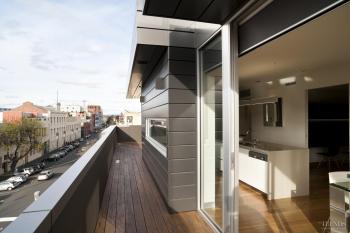 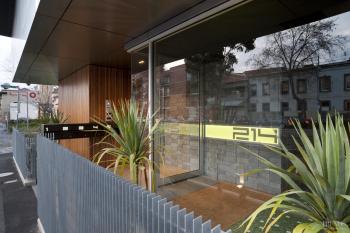 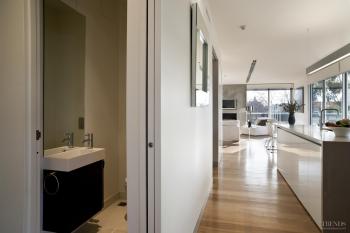 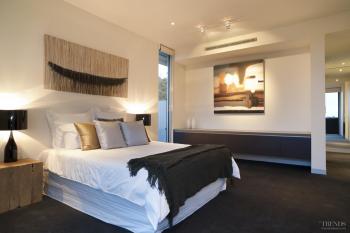 With this in mind, Murray introduced a mixed palette of materials that references the local vernacular. Aluminium and Alucobond clad the balustrading, while Corten steel features on the wide soffits, which are readily visible from below.

"Essentially, the building is grey with a splash of rust," the architect says. "Shrouds of black-painted flat steel frame and articulate the horizontal openings through the middle. They also simplify the form visually and provide shading from the sun."

At street level, a wall incorporating recycled timber posts will eventually be disguised by green climbers.

"Low-maintenance landscaping will help to visually soften the exterior over time," says Murray. "This was also a way to deal with the non-active frontage – the ground floor is taken up with car parking, including a pit stacker."

The architect says natural materials were introduced wherever possible, and include a timber screen at the entry. The mosaic floor tiles in the entry add a whimsical note – they mimic a lawn with grass and daisies.

A sense of arrival is also provided for the interior of the penthouse apartment featured on these pages. A curved timber batten screen compresses the entry visually, creating a sense of drama.

"The timber also has a practical function," says Murray. "It hides a series of very awkward planes and angles, which were necessary to achieve the required setbacks from the boundary. The screen simplifies the entire ceiling in this part of the apartment."

In keeping with the need for a contemporary fit-out, the penthouse features a large, open-plan living area, which opens to a balcony that wraps around three sides of the building.

A feature wall with a gas fireplace is finished in Ardex B12. This has a look of concrete – a nod to the more urban aspects of the neighbourhood.

Wood veneers were introduced, with built-in shelving units in the living area and vertical cabinets in the galley-style kitchen. Designed for easy entertaining, the kitchen also features a long island with waterfall ends in CaesarStone.

"The master suite and study are on the same level, so the apartment would appeal to all age groups," says Murray. "Upstairs there are two additional bedrooms. All bedrooms have ensuites, and there is also a powder room."