420 George Street, Sydney's new centrepiece, is a contemporary mixed-use development with an historical context and an eye to the future

The conundrum facing most cosmopolitan big cities around the world is how to accommodate the growing need for commercial property without sacrificing the heritage elements within their central business districts.

Situated between two listed buildings of some local significance, and occupied by two rather less distinguished structures, including the Harry Seidler designed Midcity Centre, was a site in Sydney's CBD that was prime for redevelopment, says architect Philip Vivian, director at Bates Smart.

"The challenge was to insert a large-scale mixed-use building with retail and commercial space seamlessly into the fabric of the city.

"We have created a contemporary addition to the city that respects its historic neighbours and provides an active public mid-block link, while reconciling the complexity of competing uses and maximising their efficiency."

Murray Coleman, managing director of Lend Lease's project management and construction business in Australia, says the expertise of those involved, as well as an ability to incorporate world best practices ensured the end result. 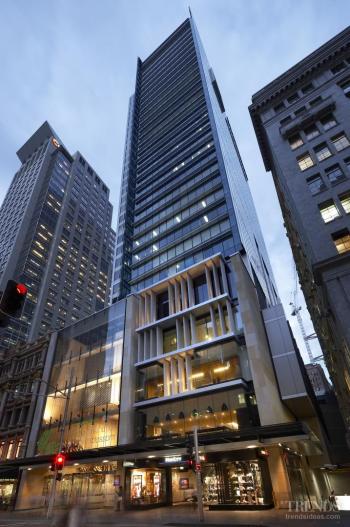 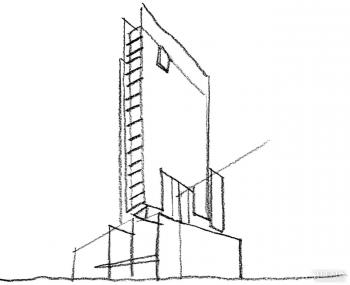 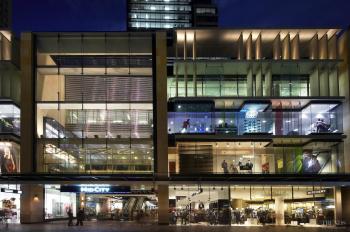 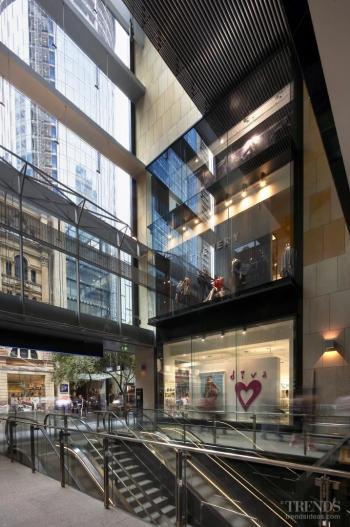 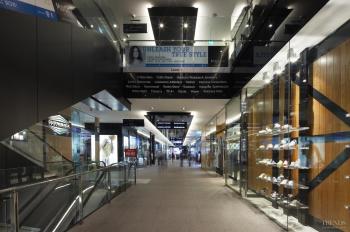 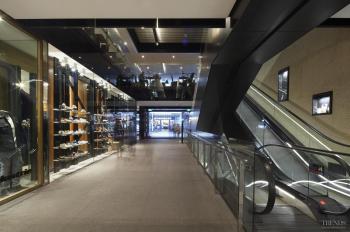 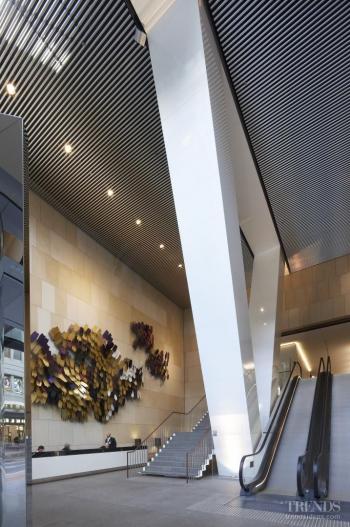 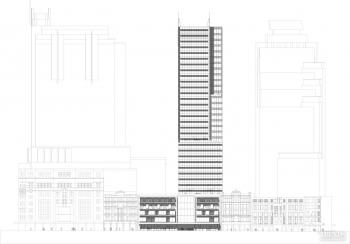 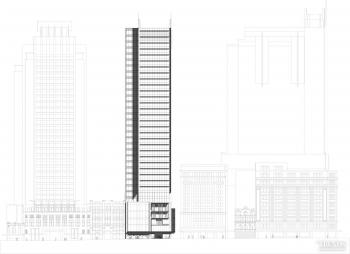 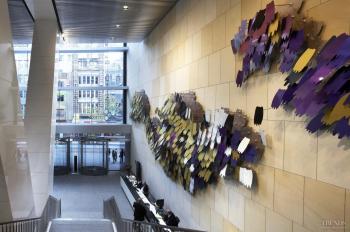 "Careful project management and innovative construction solutions have been applied to meet the challenges posed by the site's location."

Known as 420 George Street, the project is essentially three different buildings in one, each requiring a separate treatment.

The first, and possibly most significant, is the retail podium, which adjoins the two heritage properties. Through the use of like materials and scale, the podium creates a contemporary architectural language that is distinct, but not unfamiliar.

"The way the podium relates to the intermediate scale of the streetscape sets a new benchmark in modern interpretation of the city's heritage, and is one of the project's true successes," says Vivian.

"Uncompromisingly modern in its treatment, the podium reinterprets the rhythm established by its neighbours. Sandstone blades recall their pilasters, while aluminium-clad horizontals reference cornice lines within an abstract composition – a substantial result, never before realised in Sydney."

The second element to the building is the low-rise campus floorplates connected by a 10-storey atrium to the north. The naturally ventilated atrium, expressed by a setback in the facade, is one of the building's significant ESD features, providing privacy from an adjoining building, and admitting light to both.

The third element is the office tower, utilising a side core design that maximises the openness of floor plates and minimises solar gain from the north.

"The side core design allows a contiguous floor plate where everyone is connected, promoting greater collaboration," says Vivian. "It is the next generation in office design and we're seeing the marketplace calling for this type of design more and more frequently.

"Also, in this instance, the side core design has two distinct benefits. Firstly, clear views to the south add to the overall amenity of the office areas, and secondly, having these areas on the south side of the site – the shaded side – greatly reduces the heat load for mechanical cooling."

This has meant that a combination of a perimeter chilled beam system and a hybrid low-temperature variable air volume, or VAV, system are sufficient to maintain a comfortable working environment within the office setting.

These and other initiatives have been responsible for the building achieving a 5-Star Green Star Office Design (v2) rating – the first Sydney CBD commercial high-rise to do so. 420 George Street has also been awarded a 4.5 Star NABERS Energy rating.