Formerly a family apartment, this home has been re-created as an open-plan space for a couple

Living spaces more than a couple ofdecades old may have interesting design features worth preserving – but some have little to commend them, as the original layout and design are often out of step with contemporary lifestyles.

Before renovation, this early 1970s apartment – originally designed for a family – had three cramped bedrooms and two bathrooms on one storey, and a self-contained lower storey studio. On the plus side, there was a large outdoor terrace and, as the building sits high on an escarpment, there were good views over a large river.

The owners, a professional couple, could see past the negatives to the apartment's potential, says architect Andrew Boughton of Boughton Architecture.

"They wanted an apartment that would suit their lifestyle, with one larger bedroom, more open spaces and a home office," he says. "The first challenge was that the apartment is in the middle of the building, and every wall was load bearing. So wherever I've removed structural walls, I've put portal frames in their place."

Boughton installed internal stairs to link the upper and lower levels, and recon-figured the lower level as a garage and guest room. He then set out to restructure the space, opening the rooms so that the homeowners can enjoy the river view from as many places in the home as possible. 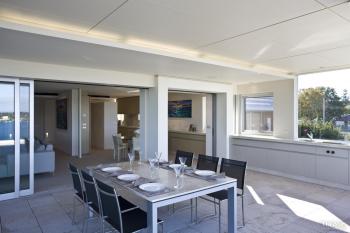 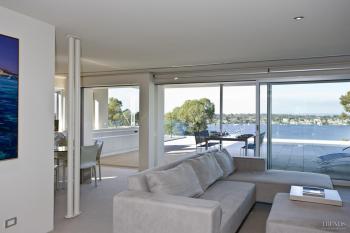 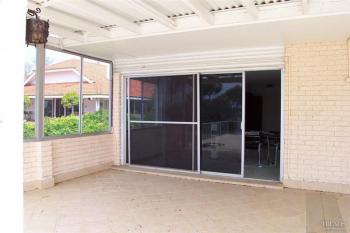 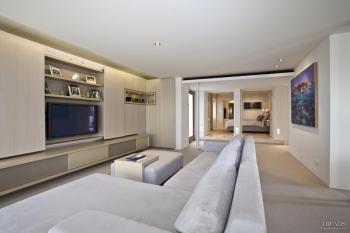 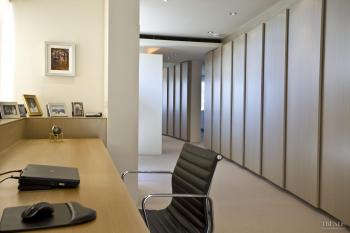 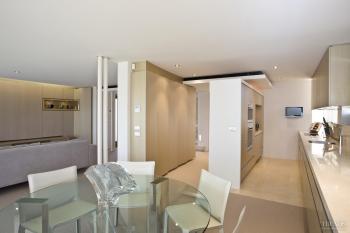 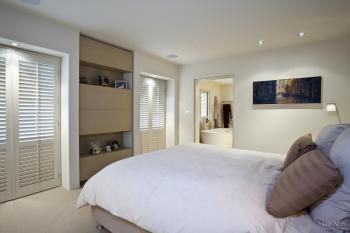 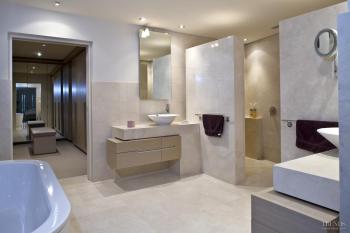 "This is a re-creation of the space, rather than a renovation. Not a single original surface remains," he says. "I was aiming for a simple, understated look – what I would describe as minimalism with warmth."

To achieve this, a hierarchy of space was established, with the open-plan living and dining areas, master bedroom, bathroom and dressing room all positioned to have sight lines to the river. A structural wall runs from the apartment's secondary entrance and forms a curved, open corridor through the space.

The structural wall is clad in a series of overlapping panels. Behind these panels is storage space and a hidden door leading to the bathroom.

The other outstanding feature is one that dates from the original build – the large deck, which, at 100m2, represents around one-third of the total floor space.

"The deck is an unusual feature for its period – it's really there because the building steps down the hill, and the deck forms the roof of the building below," he says.

To make better use of the deck area, Boughton extended the kitchen onto the deck itself, where it is protected from the elements by north-facing glazing and a large roof plane that extends out over one-third of the deck.

The renovation has created a sense of sanctuary, say the homeowners.

"We feel as if we are in our own little world. We are close to busy streets, but we don't notice that – we're just aware of the view of the river. And although it's an apartment, to us it feels more like a small house – one that's highly functional and aesthetically pleasing."