With the introduction of electric trains to the suburban network, Auckland's rail service is undergoing the largest transformation since its inception. And along with the updated rail fleet, Auckland Transport has built a new home for the trains at Wiri.

The Wiri Depot is a state-of-the-art facility, built to maintain the 57 electric trains, which will all be delivered by mid 2015. The 6.4ha site, which comes complete with a fruit orchard and mature pohutukawa trees, straddles the old Winstone's quarry and land next to the North Island Main Trunk railway line. It comprises 6km of rail sidings, a 7163m2 main building, a cleaners' platform and four ancillary structures.

Project director Steve Hawkins says the facility is a key part of the $600m upgrade to Auckland's suburban rail network.

"Revitalising the region's rail assets to provide a high-quality, high-frequency rail service is fundamental to meet the needs of the rapidly increasing number of Aucklanders using the rail network," he says. "Rail patronage recently hit a high of 11 million passengers annually." 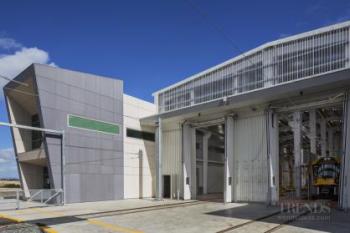 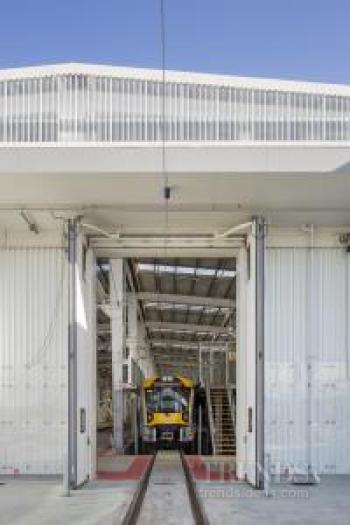 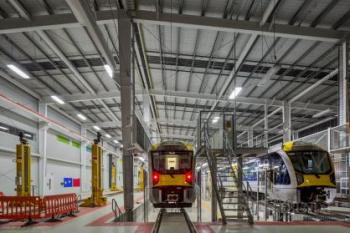 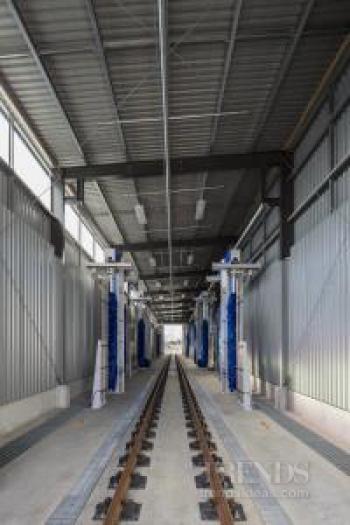 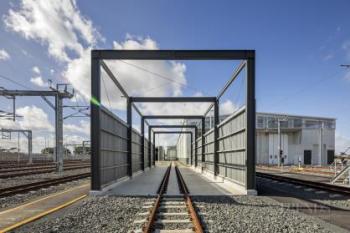 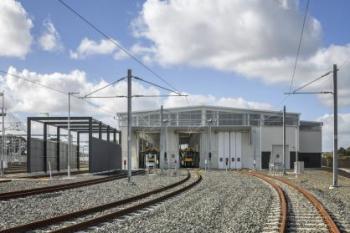 Hawkins says a key strategy from the outset was to procure sound expertise and experience for the design phase. Stage 1, the Master Plan, was awarded to a consultant consortia that included Opus International Consultants, Arup Group, RLB International and Peters and Cheung. The second stage was awarded to Opus, who with subcontractor Arup, continued to refine the overall design. Revit building information modelling software was used to design and draw everything in 3-D format for later use in Auckland Transport's building information modelling (BIM). This enabled Opus to co-ordinate all disciplines electronically in real space, to provide a database model for Auckland Transport to use for operating and maintaining the assets in the future.

Hawkins says in recent years there have been significant improvements around the world to the design and specifications for electric train maintenance facilities. These were incorporated into the new Wiri Depot.

"This project is a game changer in terms of its offering, compared to other similar facilities in New Zealand," he says. "It features a number of firsts that will provide significant operational and cost efficiencies that will translate into better service and reliability for those using the new electric trains."

One of the firsts is a locally controlled points system. This enables the safe and efficient movement of the points that change the track direction for trains. These are operated by a depot controller based in the depot building offices, much like an air traffic controller moves aircraft in and out of an airport. In other yards across New Zealand points are changed manually.

Another change in operation involves the jacks that are used to lift the trains for maintenance and work, such as changing out the bogeys (wheel chassis). Instead of the traditional mobile jacks, the Wiri Depot provides permanent in-ground jacks that make it possible for a three-car train set to be manoeuvred and lifted in a single movement.

"This method is a faster and more reliable way to maintain the trains," says Hawkins. "It provides significant time savings during maintenance."

The Depot Personnel Protection System is another critical design feature, which ensures the earthing and bonding system minimises the risk of electric shock hazards and other incidents.

"As all structures and electrical systems are effectively referenced together to the same potential, the site can be seen as a Faraday's Cage, that reduces touch-potential hazards, and creates an electrically isolated earthed island."

Hawkins says a key part of the success of the project has been the solid relationship with the union and other stakeholders, such as Transdev, CAF and iwi who all contributed to the design.

"Every stakeholder was able to participate and provide constructive input – this made a positive and significant difference to the end result."