For a house that has particular historical significance, it is important that any work done is more restoration than remodel.

Renowned architect Neel Reid designed this house in 1919, and Robert Woodruff, a major philanthropist who famously built Coca-Cola into an international company in 1926, was one of its early residents. Also well known is the designer of the neighborhood where the house is situated. The layout for Druid Hills was planned by Frederic Law Omstead, who also designed Central Park in New York.

It is due to the depth of history that current homeowners Niki Paris and Myron Kramer were determined to retain as much as possible of the original character.

"It was in need of repair, as many areas had begun to deteriorate. Luckily, no one had yet altered the floor plan, so it was possible to restore it with the original character intact, using high-end materials and retaining the original layout," says Paris.

The only exception to this was the kitchen, which was made up of three tiny rooms, originally servants' quarters. These were combined to create a kitchen that worked for a contemporary lifestyle, but even so, some elements – such as lacquered cabinet doors, wood columns and glass-front upper cabinets – were designed to reference the original style. 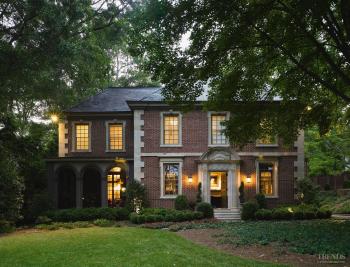 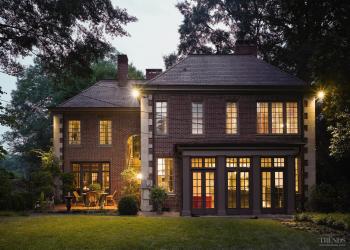 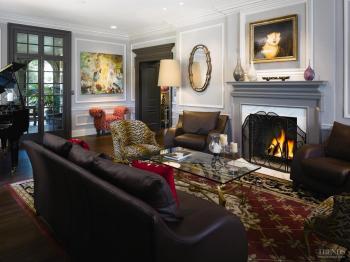 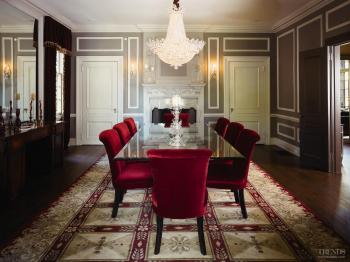 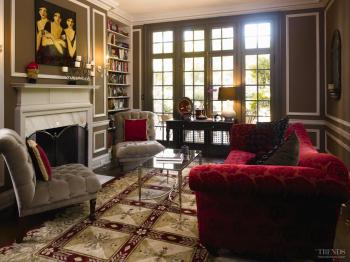 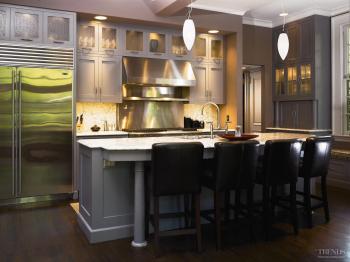 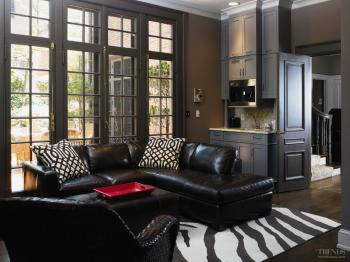 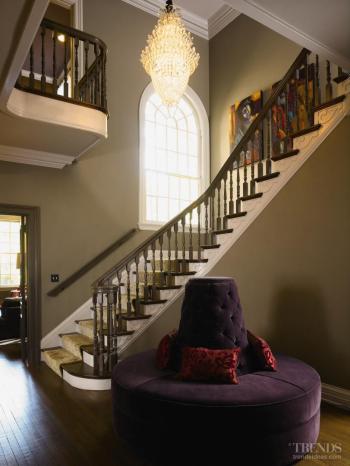 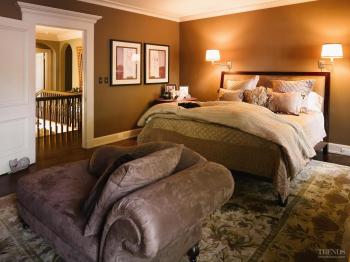 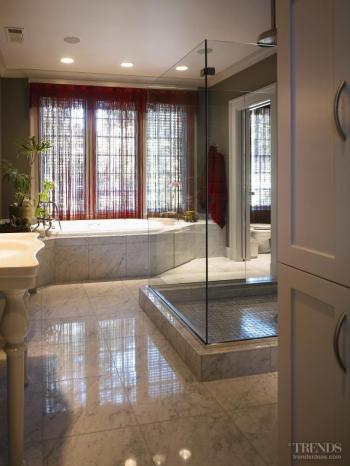 Moon Bros were the architects who completed the project. Founding partner Mark Fosner says that aside from the kitchen, the only other major changes to the look of the house were in areas where it had started to deteriorate.

"One such area is the screened porch at the front of the house. We rebuilt all the curves and arches and created custom screens so that there are no horizontal members to block the view. Originally, this porch would never have been screened, but it creates a nice space for use in the warm Atlanta summers," says Fosner.

The external sleeping porch at the rear of the house on the second floor was converted into a bathroom. With stairs leading down to the servants' quarters below, the original room was unusable and in a state of disrepair. Moon Bros enclosed the space, adding three windows and matching the walls and roof with those surrounding it. Similar to the kitchen, the treatment of the bathroom is classic in style, but built for modern purposes.

"In new areas of the house, we have kept to the idea that it need not be a restoration so much as retaining a sense of respect for the feel of the space. And seeing as there was no bathroom in the space before, modern elements could be used. Marble is used generously in the new bathroom to keep with the style of the house, while the frameless glass shower is a contemporary feature," says the architect.

In other areas, extensive restoration has been carried out to bring the rooms to their original state. Walls in the living room were refurbished, and the color of the trims recaptured. The existing charm of the grand dining room was restored, although the foot pedal used to call the servants is no longer active, says Fosner.

"The room also used to link to the butler's pantry, which we have now converted to a china cabinet," he says.

While most homes of this era have grand staircases in the main entry hall, the oversized, open stair hall in this house is located in the center.

"The stair hall is large, with balconies around the periphery of the second floor. Such a grand staircase in this location shows respect for the family rather than a need to impress guests," says Fosner.

Upstairs, the original look and feel of the bedrooms demonstrated a change in the hierarchy of spaces over time. While it is now common for bedrooms to have as much visual detail as public areas, private rooms in early 1900s houses had little in the way of trimmings.

"We added a door trim to the master bedroom in an attempt to give it some luster. A crown was also added around the windows," says the architect.

Externally, guttering had to be completely rebuilt. Many sections of the slate roof were also re-created, as well as areas of the floor. Other functional aspects of the house, such as the plumbing and electrics, were brought up to modern standards.