The decision to undertake a historic remodeling project is not taken lightly at the best of times. When the property in question forms part of a critical body of work by a well-known architect, the stakes are raised even higher.

When owners Howard Alport and Julie Drucker were looking to downsize they came across a David Adler-designed coach house that immediately appealed, says Alport.

"We were aware of Adler's work and reputation – in fact we were living in another of his houses, also a coach house, which we had remodeled. When we found this property we were immediately struck by the character and spaces, but thought that they weren't used to their best."

Constructed in the late 1920s and part of the Armour estate, the property comprised a cottage and five-bay garage, both of which had undergone an earlier remodel.

The owners commissioned local architect Garret Eakin to produce a design that stripped away the results of the earlier work and was more in keeping with Adler's vision. 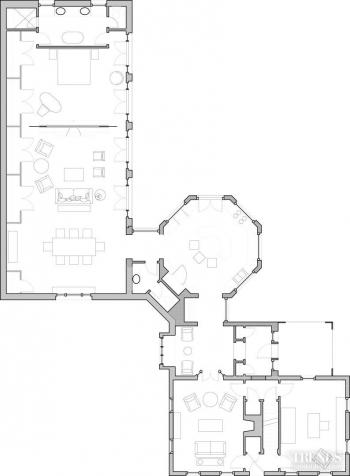 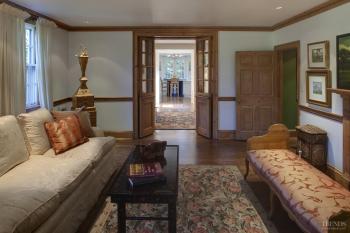 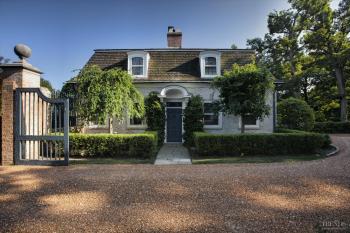 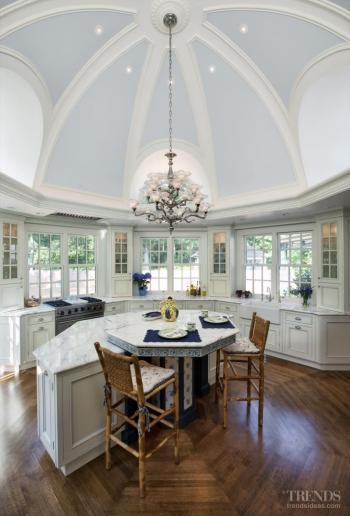 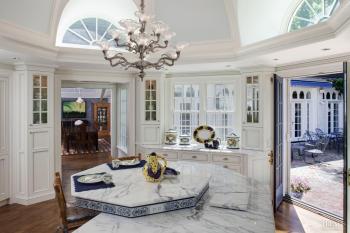 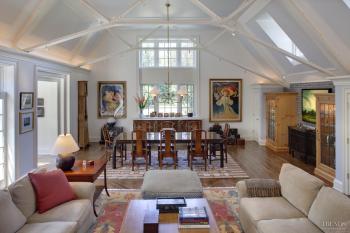 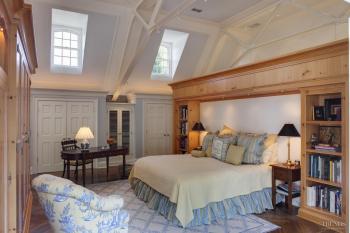 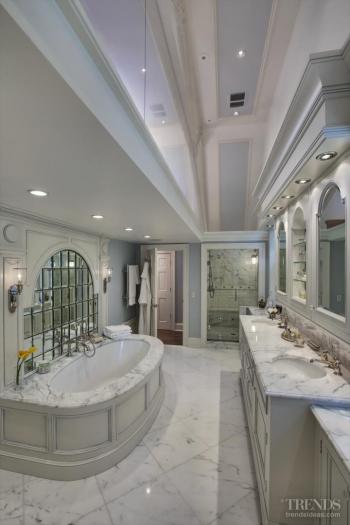 "The previous remodel had converted the garage into a family room and bedroom," says Eakin. "In addition, there was an awkward link, housing a kitchen, between the garage and cottage."

While researching other Adler projects, Eakin came across an estate with a pair of pool houses symmetrically positioned around the pool, featuring an octagonal space.

"A frequent strategy of Adler's was to take inspiration from a building and adapt the dimensions to suit. So we in turn adopted the octagonal motif and used it in this design as the linking element between the two buildings."

In doing so, the geometry of the space has been mended.

For kitchen designer Doug Durbin, designing a kitchen to fit an octagonal space was not as difficult as it might seem.

"My custom millwork shop has a tremendous amount of experience – this is not the first such space that we have had to work with and no aspect of the execution gave us a problem."

The secret to a successful design in an area like this is to take advantage of the available wall space, says Durbin.

"We did have one entire wall with no windows and we designed full pantries for that space. Additionally, we placed countertop cabinetry between the windows – this maximized storage and created a balanced theme to the design."

While the purpose of the linking element was to create a seamless replica of Adler's work on the exterior, when it came to the garage, it was a case of restoration, but within a different context.

"The previous works had turned the space into a living area and a bedroom, with a dividing wall clad in rough-sawn cedar, and a false ceiling," says Eakin.

"Behind the ceiling we discovered the original spans designed by Adler. Once we saw those, we had no intention of covering them up again.

"We wanted to keep the look within the space as open as possible, so we designed a piece of furniture that would offer a degree of separation between the living area and bedroom, but not dominate the space visually," says Eakin.

Pocket doors in this piece further separate the two areas, and low-lead glass – which is virtually invisible – has been inserted into the spaces between the spans to fully enclose the bedroom. This idea has been repeated between the bedroom and the ensuite bathroom, allowing the full expanse of spans to be viewed.

For the custom furniture pieces, Eakin specified knotty pine, following Adler's use of this timber, which features in the cottage.

Another challenge to the design was the garage floor.

"The original floor was a slab on grade – directly on top of the ground. We needed to be able to warm the surface, so we put in radiant heating, poured a new slab on top of it and installed a quarter-sawn white oak parquet floor," says Eakin.

The owners are delighted with their second experience of an Adler remodel.

"There are challenges of course – but if I had to start over, I would do everything exactly the same way," says Alport. "I'd like to think that were Adler to visit us, he would be pleased with what we've achieved – the focus was always to preserve the original integrity of his vision."