In the face of increasing online competition, what does the future hold for shopping malls? For Spark Architects' Singapore-based director Stephen Pimbley, the jury is still out on that question.

"Everybody's looking for the answer, but nobody really knows how these disruptive technologies are going to affect retail," he says. "Things are changing so quickly, it's going to take about 10 years before it settles down."

But many of Spark's clients are asking the firm to look at re-energising large malls, something that's having to be addressed around the world.

"There's a lot of conversation about providing much more social space in these buildings and to change the nature of retail by including more functions such as education and leisure facilities." 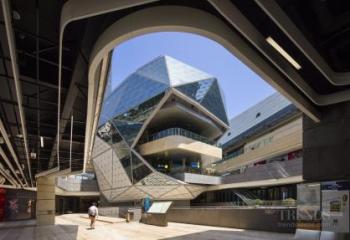 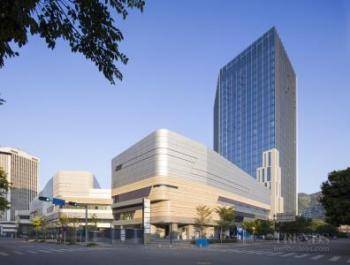 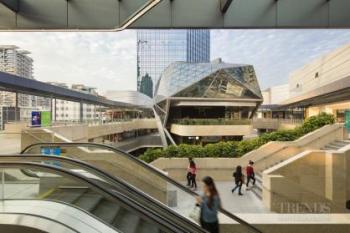 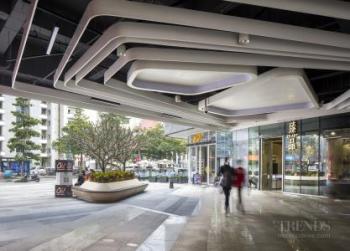 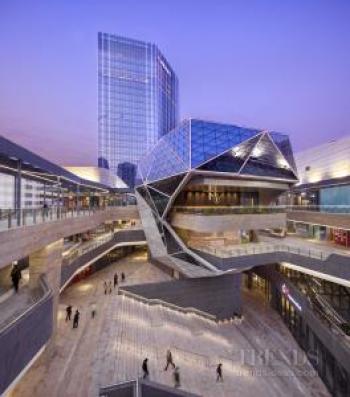 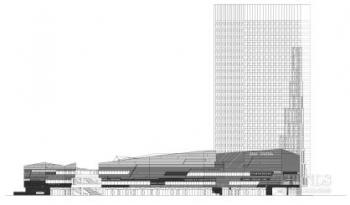 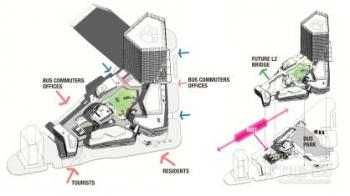 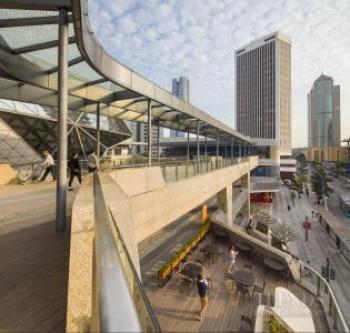 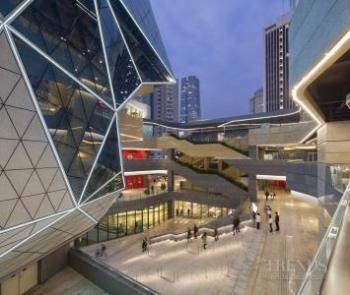 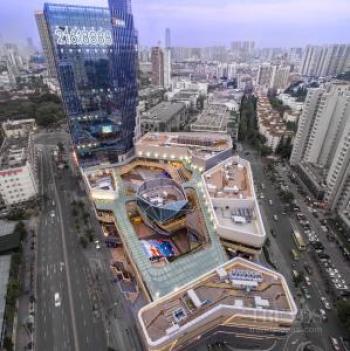 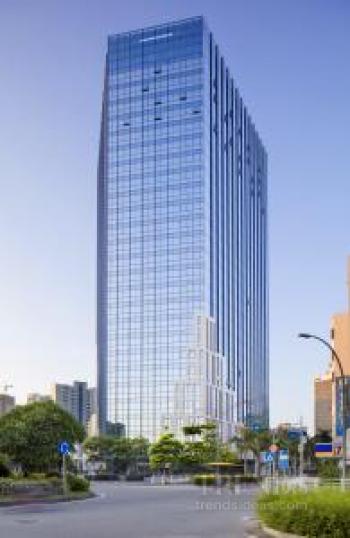 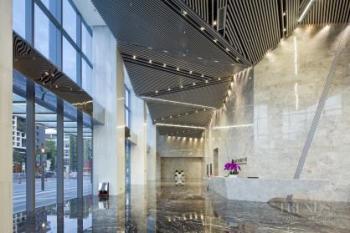 "The typical retail box is not really contributing anything to the city," he says. "Something we try to bring to all our mixed-use projects is to make sure they have an urban connectivity."

He points to Shekou Gateway One as a project that incorporates those two aspects, even though its planning pre-dates the online/offline challenge that retail developers are currently facing.

Spark director Wenhui Lim says the ideal position for the office tower was at the tip of the triangular site, giving it the best location for a business address and best visibility from the city approach.

"The location of the retail component also had to respond to Shekou's surrounding commercial and residential streets," she says.

"And with a train station below, there had to be very good connections from that to the retail at ground level, and to the bus station between the retail and office components."

Stephen Pimbley says that any transit-oriented development will have certain points of ingress and egress that are critical to making all the business components work successfully.

"Shekou Gateway is no different," he says. "It has certain aspects that fit in with the urban plan."

"The aim was to make the retail podium as permeable as possible, to drive people from the surrounding streets, through the site and into the centre. It's like an urban connector or urban living room that allows people to move freely around it."

But what is different about this project compared to most other large retail projects by Spark is that this one is open air – in keeping with Shekou's relaxed, seaside atmosphere, says Lim.

"Our client was supportive in creating a retail environment unlike any closed box shopping mall. They wanted to capture the atmosphere of Shekou and create an open air shopping centre."

Like many Spark projects, this one also comes with a distinctive architectural flourish – here, a lantern-like structure with large open balconies. This houses restaurants and coffee shops that open up onto the two squares in the middle of the project as well as containing the vertical circulation.

"The lantern offers a sense of surprise," says Lim. "Wherever you are in the development – whether you're coming from the Metro or the bus station – it's the guiding visual element."

For Pimbley, the wayfinding element is like a Town Clock, which fits in with his overview of the project.

"It's not just doing its infrastructure job, it's a people connector as well. The central space looks more like a civic centre than a shopping centre."