It may come as no surprise that the owners of this Singaporean home had wanted something out of the ordinary for their island hideaway. Created by Landry Design Group with associate William Mungall as project architect, the grand, sculptural residence is the owners reaction reacting against the typical houses that they had looked at on the resort island of Sentosa.

Instead, they wanted a home constructed with a dramatic sculptural feel, and that offered clean lines and a relaxed indoor-outdoor openness that makes the most of the tropical climate.

Viewed from the street, the home's white stucco facade creates the sense of a substantial home the owners required, but its most impactful feature is its artistically configured forms.

"The trapezoidal shape repeated across the front of the home in several orientations was inspired by the shape of the site," says Mungall. "This angle – 7° off a true square – was worked into the plans and facades as a playful contrast to the rectilinear forms of neighbouring homes."

Adding to the impact of the street frontage, Mungall introduced two graphic elements to the front facade. These panels are scored with LED lights, creating a different effect at night. 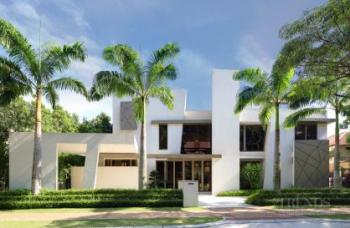 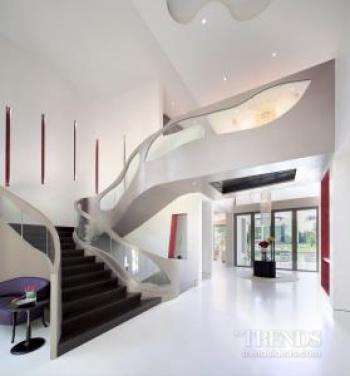 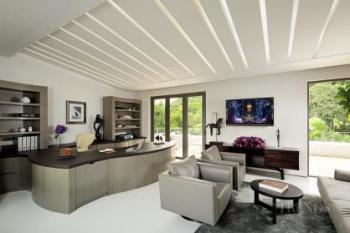 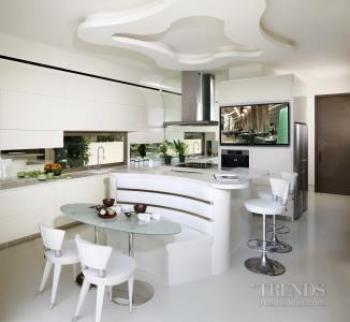 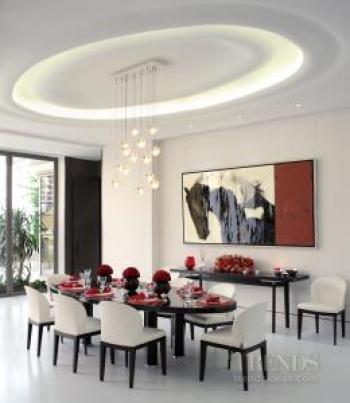 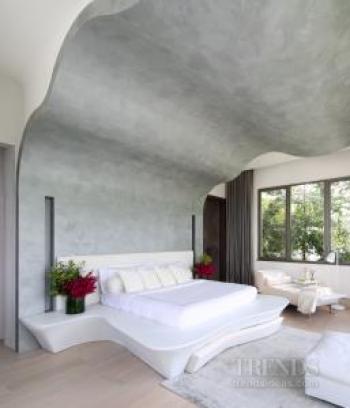 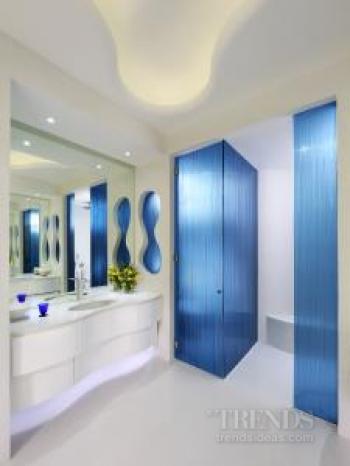 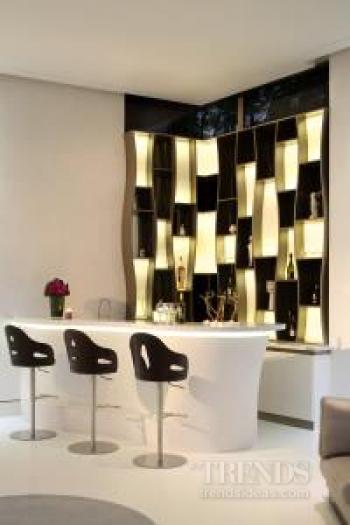 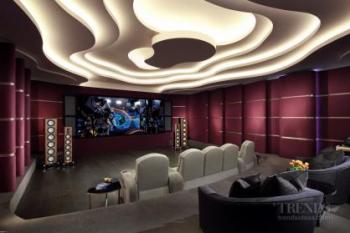 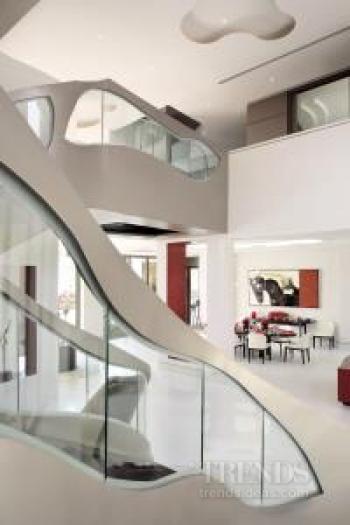 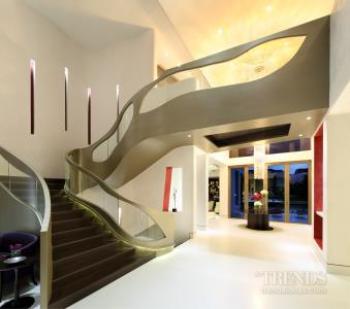 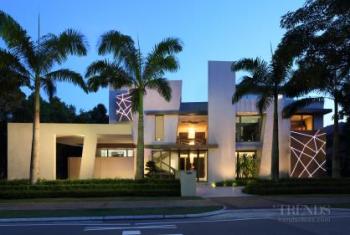 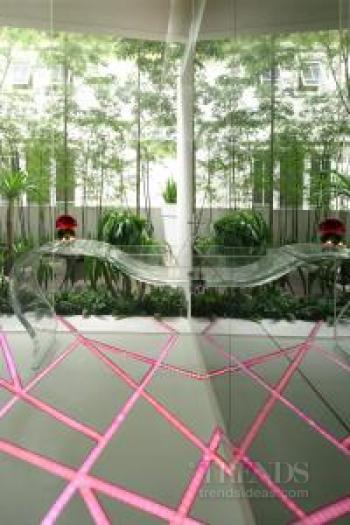 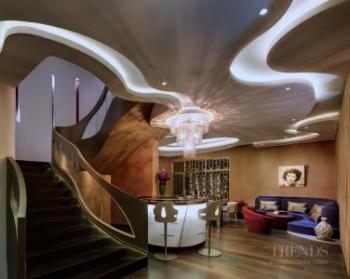 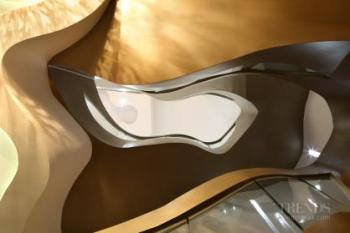 The interior's emphasis on organic curves provide a counterpoint to the angular facades.

"On entering, you walk into a two-storey atrium that runs the depth of the house, allowing spaces to flow from one side to the other," says Mungall. "A sculptural curved metal stair rises to a first-floor footbridge directly in front of you. This offers a degree of separation between the upper family lounge and children's bedrooms on one side from the master suite opposite. There's also a large study on this top level, reached by stairs or lift, that looks out over a golf course."

The stairway and bridge are the prime focus within the voluminous living space. Organic-shaped glass sections set in the balustrade, add to the impact. This fluid feature sets the scene for an interior filled with design drama.

"For example, the trapezoid shape seen on the front facade is repeated on the interior in elements like wall display niches," says Mungall.

There are peek-throughs between various spaces, too, while ceiling treatments throughout the home are works of art in their own right.

This includes in the dry kitchen where the fluid lines of the ceiling form are echoed in the curvaceous island and seating below. There's also a wet kitchen to the rear of this space.

Lighting plays a major part in the atrium's drama and in the house generally. Back-lit wall niches provide colour and throw interesting shadows and lights on the bridge and other elements. Concealed lighting also features in the study, where strips of recessed LEDs create a dramatic feature ceiling. The ceiling's grooves also perform a second function, concealing air conditioning vents.

Another arresting feature on this level is seen in the master bedroom where a bedhead in suede appears to ripple up and away from the bed to form an over-arching canopy. The bed itself is nestled on a faux leather-finished base.

The master ensuite has its own unique sense of drama as well, with blue cast glass cubicles, a wavy vanity and a playful wall niche.

At the basement level of the residence, there is another lounge, accompanied by a bar and wine-tasting room. These spaces lead to a large home theatre with padded walls that has been designed and calibrated for high-end audio – another owner requirement. This room, too, is set off by a spectacular, rippling ceiling feature.