The kitchen is the hub of the home as the adage runs – change this pivotal space and the feel of the whole interior can lift.

When designer Kira Gray came to this project, the existing kitchen was dated, dark and had a cold appearance.

"It lacked storage and bench space and, being separate from the living spaces, there had been nowhere to sit or entertain," she says. "In its place, the owners wanted a bright, warm space, with a blend of modern and traditional elements to link with the home's traditional aesthetic.

"They also wanted the new design to integrate with its wider surroundings."

Working from architect's plans, walls were removed, spaces rearranged, and the home even extended to achieve a large kitchen with separate scullery. The kitchen opens to gardens and deck in one direction and to dining and family rooms in another – ideal for gatherings of family and guests. 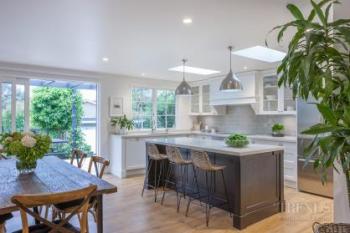 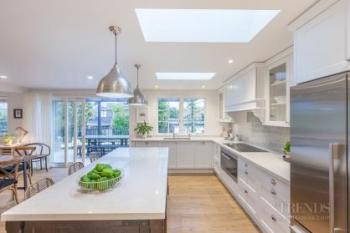 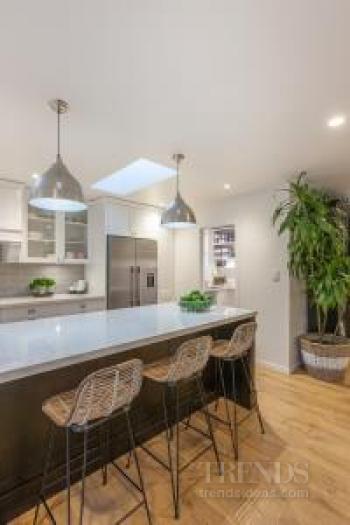 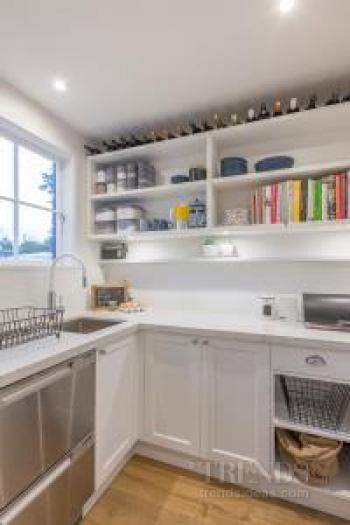 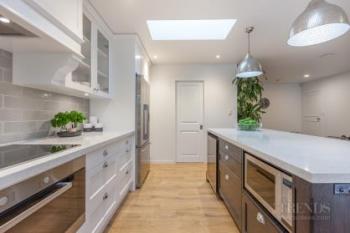 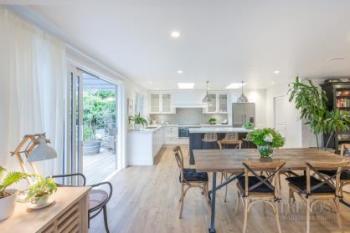 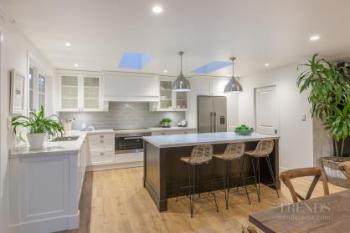 In terms of functionality, the hob and concealed hood are set centrally at the rear of the space, with bench space and glass-front display cabinets to either side.

"The owners had wanted an artisanal feel for the kitchen, too, and the addition of hand-made, undulating grey tiles for the splashback helped achieved this," says Gray. "A slender pantry to one side provides additional handy storage."

At the other end of the kitchen is the prep sink, positioned so the chef can clean up and take in the garden at the same time.

For the traditional accent, the designer chose classic cabinetry frames and a panel door style with internal bevel, all in white. Bright chrome cup pulls and knobs bring pops of interest and these visually link with the metal pendants over the island.

The island's wood cabinetry with its solid corner posts adds to the traditional accent. Free from a sink or other inserts, the island benchtop has a more modern appeal, while a drinks fridge is set underneath.

"The kitchen's predominantly neutral tones bring serenity while the greenery of the indoor plants links with the natural world outside," says Gray.