Bring back summer – starry skies, a shower on a pole and pebbled surfaces add a holiday feel to these contemporary bathrooms in a renovated villa

Traditional villas have their good points, but they are not often noted for great bathroom design. So it's hardly surprising that renovation projects focus plenty of attention on the smallest rooms in the house.

The bathrooms featured here are part of the extensive renovation of a villa, and were designed by architect Darren Jessop. Rather than enhance the existing character of the villa, the owner opted for a bold, modernist design approach.

"The owner wanted a clean, no-fuss look, without any of the traditional villa embellishments," says Jessop.

The ensuite bathroom is positioned in a former lean-to, which was extensively rebuilt. To bring natural light into the room, Jessop placed a series of skylights in the roof. This was also a way to save the wall space for fixtures and fittings instead of windows. A cantilevered vanity, which is lit from beneath, enhances a sense of space in the small room.

The main feature of the design, however, is the shower on a pole, which is reminiscent of camping holidays. 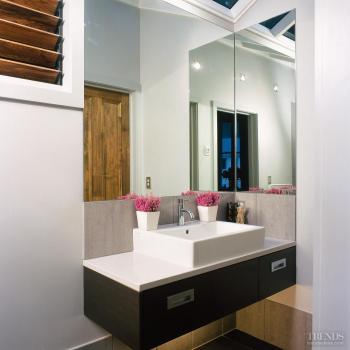 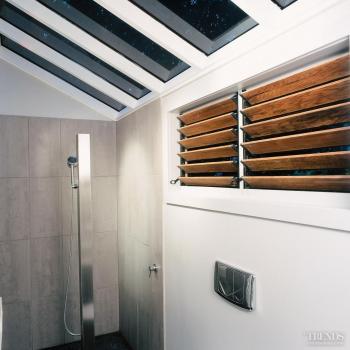 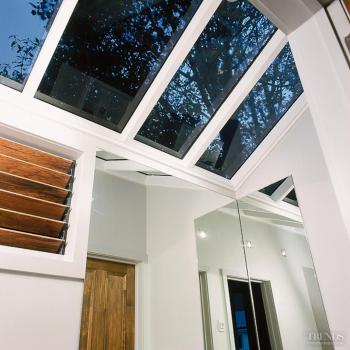 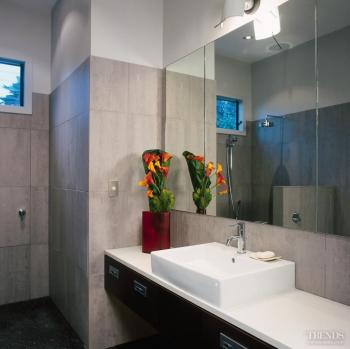 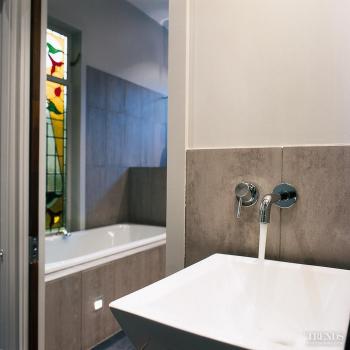 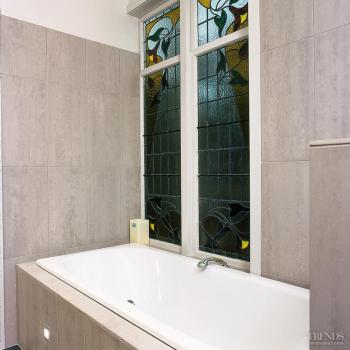 "The owner didn't want a standard shower with glass doors, so we opted for a spacious wet area," says Jessop.

The family bathroom also features a shower in a wet area. Here, the shower floor is pebbled, adding to the beach feel. Sleek fittings complement the design.

"Bathrooms can be quite cluttered," says Jessop. "Limiting the fixtures is a way to keep a streamlined look."

While most of the traditional villa decoration has been replaced, a stained-glass window from the original bathroom has been preserved. However, a new wall separating the toilet from the bathroom divides the window along its central mullion. This allows the window to be a feature in both the bathroom and toilet.

The family bathroom has a cantilevered vanity similar to the one in the ensuite, and a separate basin in an ante-room.