Out-moded, cubicle-style offices falling short of staff needs and carparking that amounted to borrowed floorspace in a central old warehouse structure – these were just two examples of the under-utilised state of the existing Employers and Manufacturers Association (EMA) premises on Auckland's Khyber Pass Road.

Mark Weipers, co-director of developer Location Group, says he initially became involved in the project when thinking of buying the 5500m2 property.

"At the time, EMA was looking to relocate to a new address to accommodate new offices, new conference facilities and teaching spaces, as well as ample parking and hospitality venues," Weipers says. "However, Location Group also looked into how, with careful planning, EMA could efficiently utilise the prime land they already owned. They liked our ideas, so instead of selling up they chose to redevelop the asset they had and employed us as development manager."

"Ultimately, we provided EMA with a fixed price for the entire project, from site layout, to adaptive reuse, to the new buildings – meaning we took all the risk and they just waited for us to deliver."

One important client request was that EMA staff stay on site while the new architectural game plan unfolded. Location Group worked closely with Avery Team Architects to devise a project plan that would accommodate this. 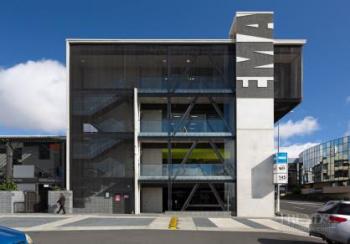 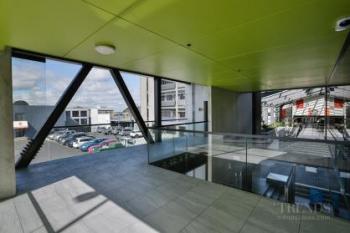 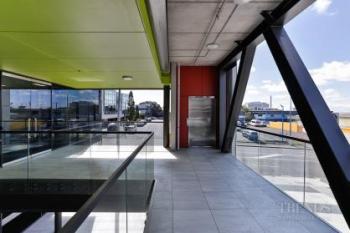 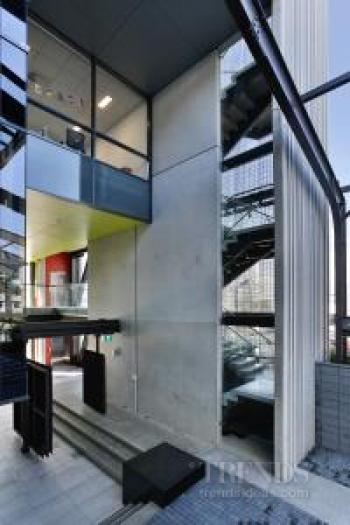 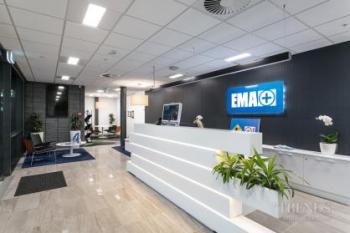 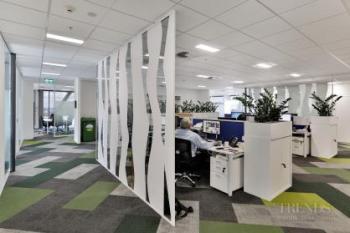 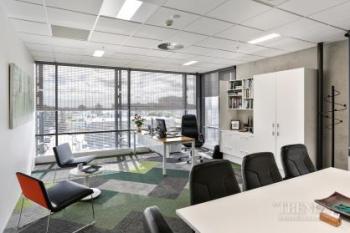 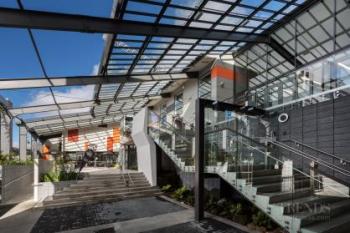 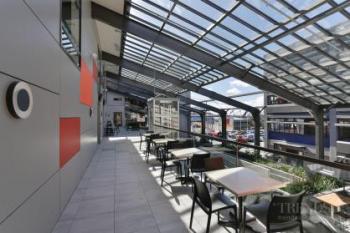 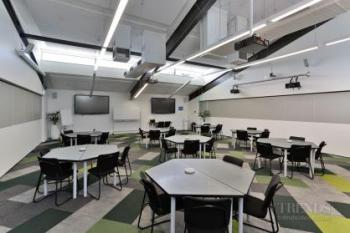 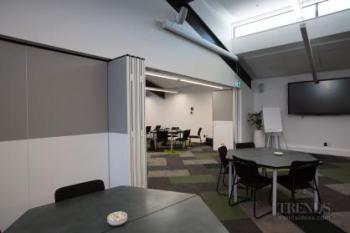 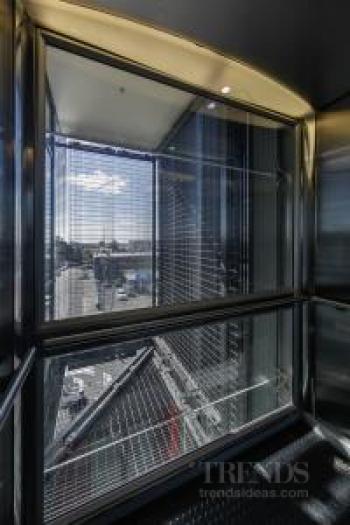 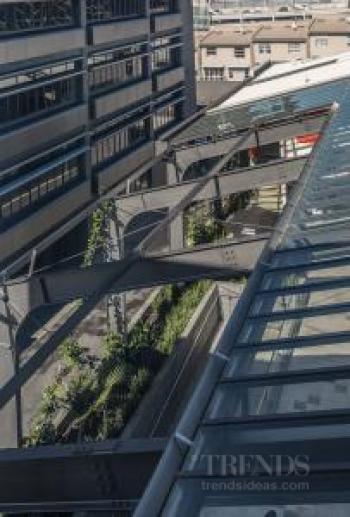 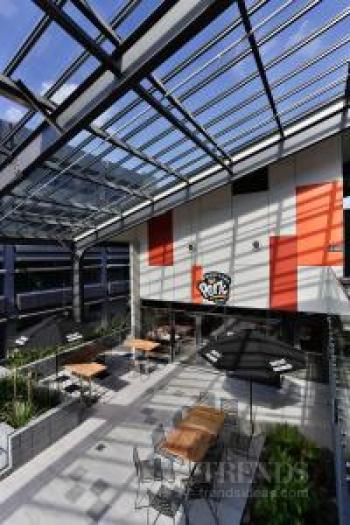 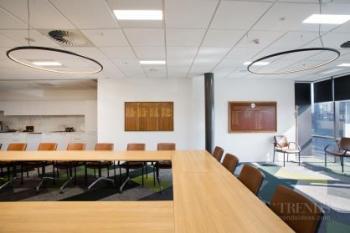 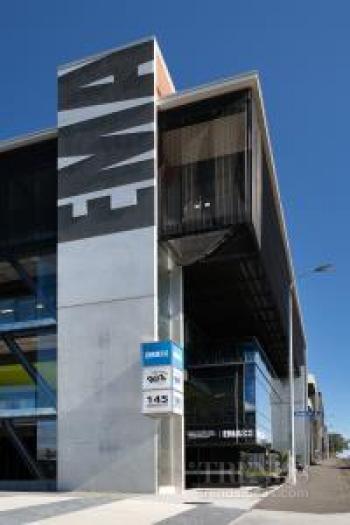 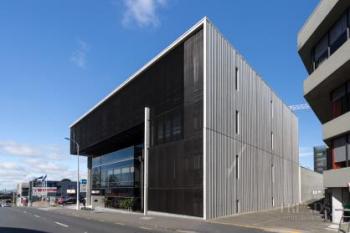 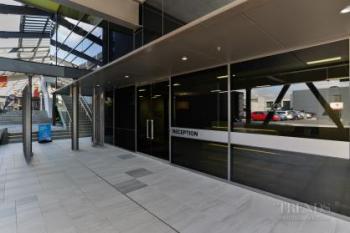 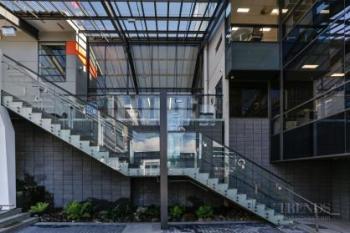 "This comprised the demolition of seven buildings, including EMA's original low seismic rated 1963 office, the creative reworking of a 1920s industrial building on site, a partial refurbishment of their existing offices, and a new four-level head office, seminar centre and cafe."

The run order was to first build a carpark building to free up the warehouse for redevelopment and then rework the latter as open-plan lecture spaces and conference spaces with a cafe at the rear. Then, the brand-new head office was constructed at the front of the property, looking to the street. The last part of the jigsaw was moving EMA staff from their existing offices into the new premises, allowing their existing office building to be sold to an independent company.

"A tricky part of this project was the reworking of the old warehouse," says Avery. "This was stripped back, with structural members and concrete panels retained, and a mezzanine created for open-plan lecture and seminar rooms. New skylights ensure light-filled, healthy learning environments, while additional carparking, admin, and a truck dock were introduced downstairs.

"We celebrated the good bones of the structure wherever possible – for example, the steel portals were exposed and put to new use as the supports for the glass awnings that protect the outdoor eating environment to the side of the building. This public, semi-enclosed plaza provides an airy, relaxed break-out space for the lecture theatres."

While the repurposed warehouse encloses the plaza from one side, EMA's new four-level head office building forms the gateway into the site via a two-storey void on the left of the structure.

Naturally, with a bustling head office it's all about the people and, as EMA's manager of corporate & building services Sheree Alcock explains, the staff were ready for change.

"We had come from a more traditional office environment with all its negatives of cramped, enclosed office spaces, limited natural light and high energy air conditioning," says Alcock.

EMA's new head office environment couldn't be more different than their old workspaces – shaped to an extent by the architecture of the new building. Project architect Kerry Avery says the new building makes a feature of the stairs, set as they are in prominence at the front corner of the building.

"Having a prominent circulation stair encourages its use, to the health benefits of staff. However, this was only one advantage of this design feature.

"Having an external circulation stair and walkways, means around 15% of the building is actually outside – with attendant savings on air conditioning and even on the amount of indoor lighting required."

The corner lift and externalised stair structure, with its individual concrete panels and mesh screens, encloses one side of the gateway into the site with the other side delineated by the building's mass.

With reception on the building's ground floor, the other floors are runs of open-plan offices. And just as you can enjoy glimpses into the plaza from the street, so too can staff anywhere in the offices look out to the front and side of the building through its walls of glazing and bridges enclosed by screens.

"The mesh is really a series of small, linked fixed louvres that admit natural light while limiting solar gain and avoiding strain on air conditioning," says Kerry. "The smaller louvres allow you to look through the screen without it impeding views."

The head office engages with its setting in other ways, too. Staff and visitors on the circulation paths behind the screens animate the facade for passers-by, while the building also connects to stairs and walkways linking back to the lecture spaces and outdoor coffee venue behind.