The ANZ Centre, originally the Coopers & Lybrand Tower, first made its mark on the Auckland skyline in 1991. Twenty years on, the building stood confidently as a good example of late '80s office design, with a long term tenant occupying a substantial portion of the building. But for how long?

This was the dilemma faced by the building's owner, Precinct Properties, says development manager Iain McIntyre. "ANZ were a substantial occupier and exploring options for a new premises, so we had to come up with a compelling strategy to retain them."

Architects Warren and Mahoney were engaged to revitalise the building and, in the process, help convince ANZ to stay on as the anchor tenant for the next 15 years. Principal John Coop says that due to its age, some aspects of the building were not performing well, and public spaces had become weak and unsupportive of the occupants, and no longer engaged with the rest of the city.

"We needed to give the structure a new lease of life, retain its premium grade status, and create a project that would be internationally modern," says Coop. "The existing tenants clearly required a high-performance working environment that was both flexible and collaborative; one that was more closely related to their clients."

It was also critical to address the building's response to its location in the CBD, and to upgrade the amenities at ground level – primarily by creating an internal public thoroughfare, a generous seating hall with a café, and a suite of meeting rooms. 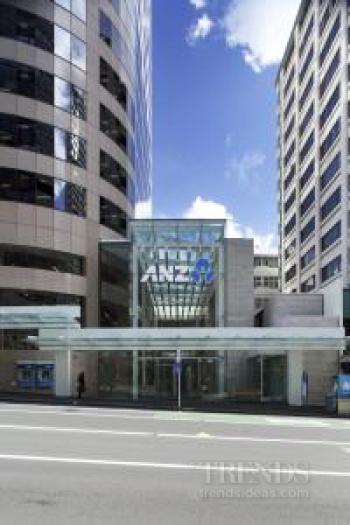 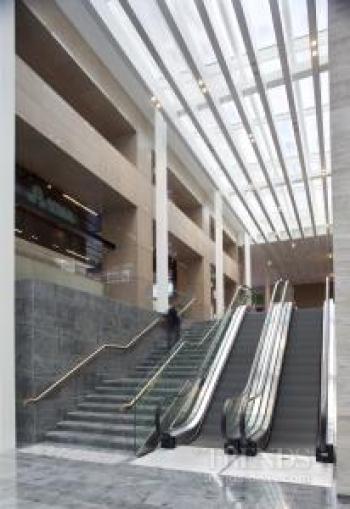 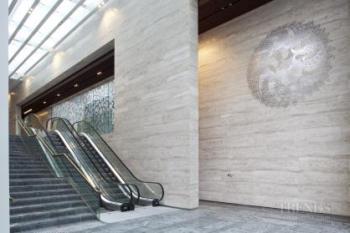 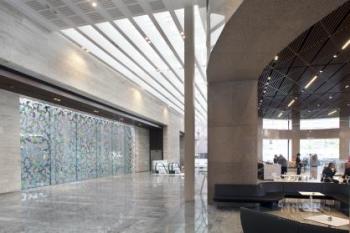 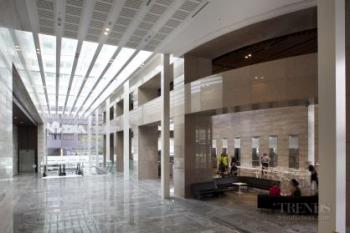 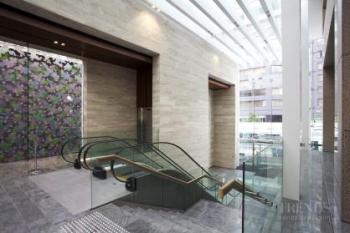 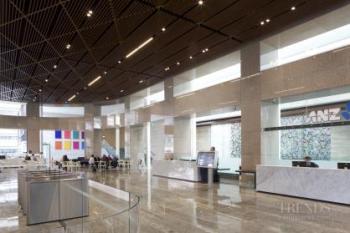 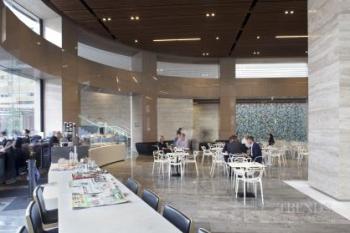 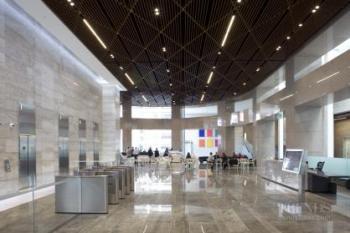 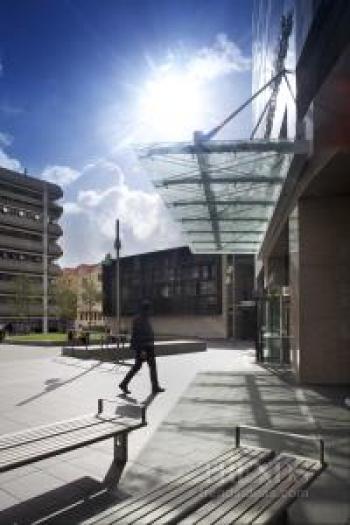 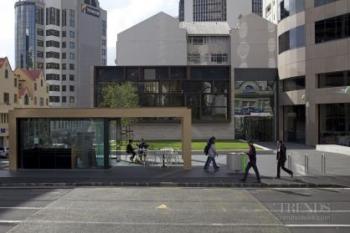 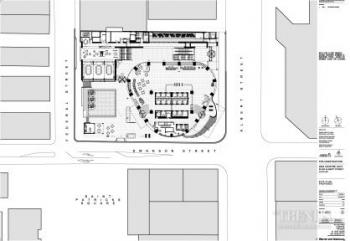 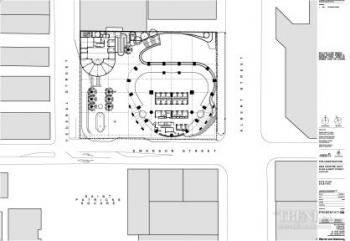 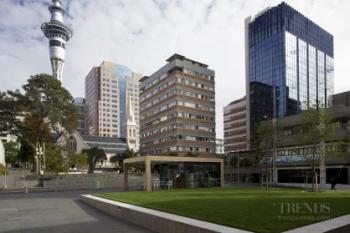 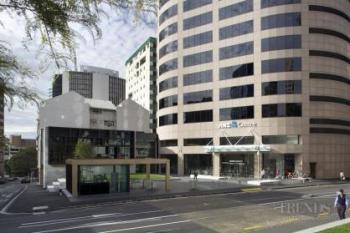 "By adding a new rectilinear spine along the northern side of the site, the foyer was expanded over the existing external walkway," says Coop.

In doing this the architects were able to utilise the space beneath to accommodate essential new plant and infrastructure to service the refurbished floors above – including an energy-efficient chilled beam (HVAC) system for the entire ANZ tenancy.

"That, and the installation of a destination controlled lift system has seen some massive gains from a sustainability perspective," says project architect Richard Archbold.

Art was also a priority, with the architects advocating for a public art programme from the outset.

"Too often art can be an afterthought, the corporate equivalent of throw cushions, added for a splash of colour. Here, however, the artworks respond to the space and in some cases, take on functional, architectural tasks," says Coop.

Landscape architects Boffa Miskell were brought on board at an early stage to help with the redesign of the plaza at the base of the tower, bordering Swanson and Federal Streets. The firm's award-winning work on the adjacent St Patrick's Square project certainly influenced the outcome, says landscape architect Cathy Challinor.

"There was a definite intention to forge a strong connection between the two visually and create the feel of a single space," she says.

Challinor says that the simplicity of the end result belies the complexity of the design and technical challenges on the project – referring to the fact that the plaza is built on top of an existing car park roof, and the design had to work within constraints of the podium roof structure, existing and new building floor levels and entries, and the surrounding public footpath network.

"Overall, it was a brilliant team effort," says Coop. "Not only was the project hugely important for the property sector of the CBD of the largest city in the country, it was also the most sustainable outcome for the environment."