High-density construction is often the only way to recoup the high cost of real estate, but it can also result in uniformity and congestion.

This is a challenge facing every architect and developer in Singapore, but celebrated master architect Daniel Libeskind has come up with a novel solution for the Reflections at Keppel Bay project, jointly developed by Keppel Corporation and Keppel Land.

By positioning low-rise villa blocks along the waterfront and high-rise towers behind them Libeskind has created an airy, light-filled grouping with a strong sense of community.

The 18ha site, at the entrance to historic Keppel Harbour, accommodates 1129 luxury apartments in six glass towers, and 11 low-rise, fan-shaped villa buildings of six to eight floors each.

"Singapore is a paradigm of harmony of culture, nature and the built environment," says Libeskind.  "I wanted to convey this while highlighting the spectacular beauty of the setting. 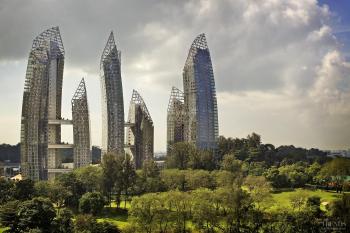 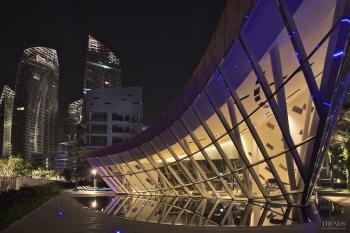 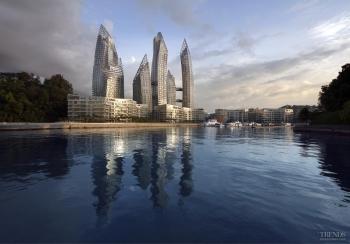 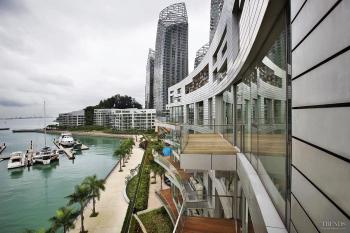 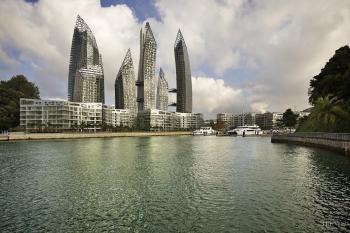 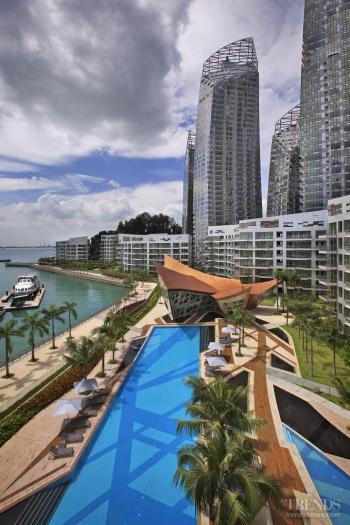 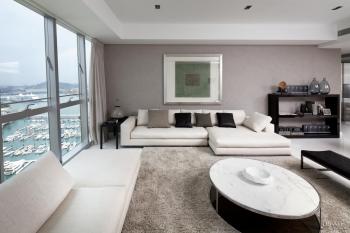 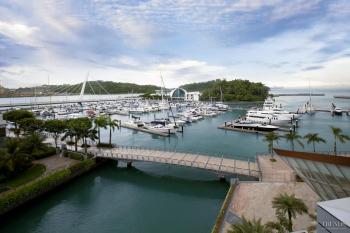 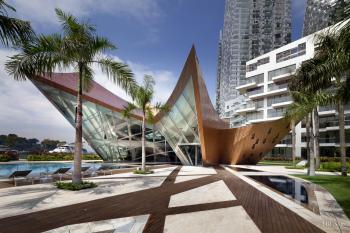 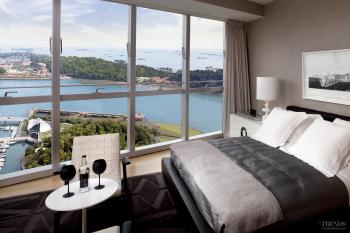 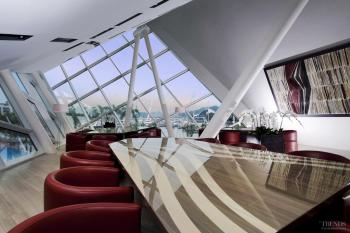 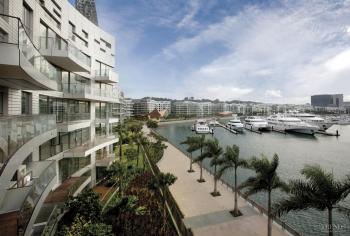 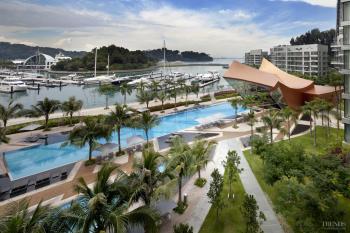 "Very often, residential projects have been treated as a background of a city. In my view, however, creating a community and a neighbourhood is the highest priority of a great city. In the 21st century residential work should indeed become an icon of a great city such as Singapore."

Libeskind says the series of undulating towers is the focal point of the project. The sleek, curving forms gently bend toward one another as if in conversation. Their alternating heights create graceful openings and gaps between the structures, which means all residences have commanding views of the waterfront, Sentosa, a neighbouring golf course and Mount Faber.

Each apartment is not in alignment with either the floor above or below. And no two identical residences are positioned next to one another, or seen from the same perspective. The result is a fundamental shift in high-rise living – individuality and difference are not sacrificed.

The architecture was also conceived to highlight the close relationship between the sea, land and sky – and the reflective quality of the landscape.

The design team says the alternating heights and double curvature of the towers create a unique interplay of changing light planes and reflecting angles. All the elements that inspired the design are fused together – location, nature, form proportions, materials and intuitions.

Every detail of the design heightens the buildings' connection to the land, sea and sky. The towers are sheathed in anodised aluminium panels and different glass surfaces of varying shades, which all help to create a multi-dimensional, pixelated facade that shimmers with infinite reflections.

The towers are joined by nine sky bridges that incorporate landscaped sky decks at different levels. There are also steel crowns on the top of the towers, filled with tropical greenery.

Not surprisingly, the landscaping is a key feature of the development. The six towers appear to rest on a massive 9290m2 reflecting pool, and are linked through a network of platforms and walkways over the water.

The villas are built on 1m-high berms to provide greater privacy for the ground-floor units. The berms and hedging follow the line of the buildings, and the rich variety of coloured flowering shrubs around the villas mirrors the architectural effect of the shimmering towers.

To create a distinctive point of difference, Libeskind added a double-storey clubhouse and separate, single-level gymnasium, which are described as the crown jewels of Reflections at Keppel Bay. These dramatic, crystalline structures are also set within reflection pools, so people inside feel as though they are floating on the water.

Sustainability was another key driver for the design. The development has been awarded Gold certification under the Building Control Authority of Singapore Green Mark programme.

Environmentally friendly features include the use of low-VOC paints, asbestos-free wood cement boards, low-emission formaldehyde particle board and zero ODP air conditioning refrigerant. There is also double glazing to reduce heat gain in all the buildings; and more than 1600 pre-grown trees have been introduced to the site to further enhance well-being.

Amenities for residents include an Olympic-length swimming pool, Jacuzzis, tennis courts, barbecue pavilions and a 3km jogging pavement and pathways along the waterfront promenade.