Set on a steep, bush-clad hillside, the design of this bathroom draws its inspiration from the log cabins of yesteryear

Reflections all round Discover this article's resources 0

The design of a bathroom will often be strongly influenced by its immediate surroundings. A location close to other homes is likely to drive a design that is inward looking, while a more private site calls out for large windows.

As their home has a peaceful green backdrop of pine trees and native bush, the owners bathroom wanted it to connect closely with its surroundings.

Interior designer Irene James says the aim was to create a space that almost felt as if the bush was in the bathroom.

"This led us to create a design that is really a modern version of an old log cabin," she says.

Walls in the bathroom are lined with American oak veneer, most of which is finished in a light stain. To create a slight contrast, darker stained American oak has been used on the vanity cabinetry, the base and shelves beneath the bath and for the vanity in the make-up area. 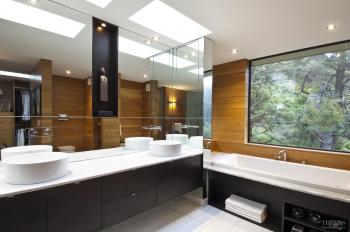 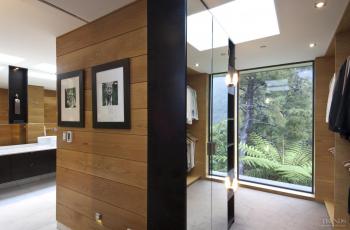 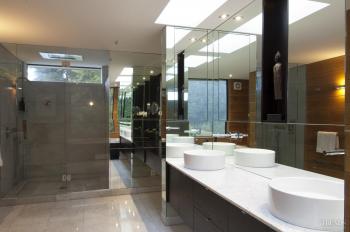 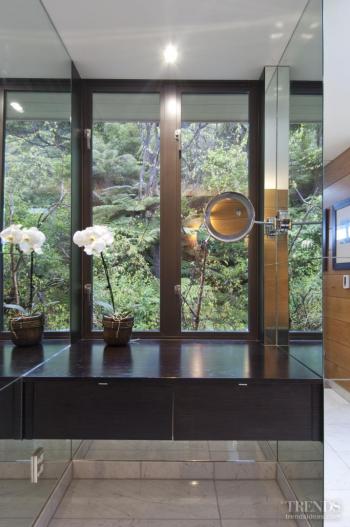 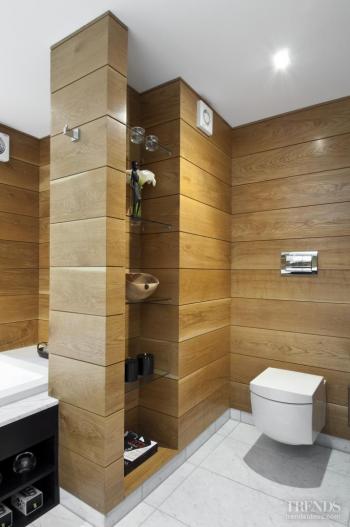 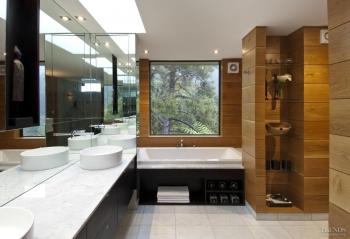 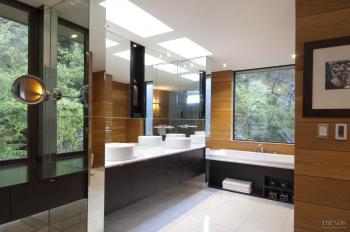 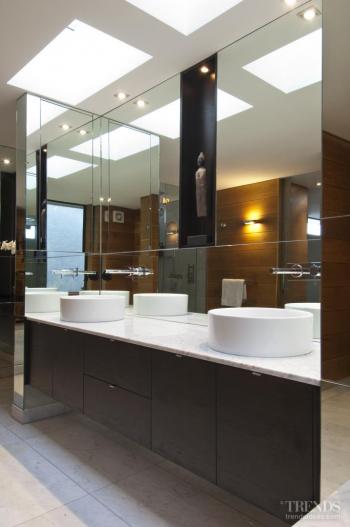 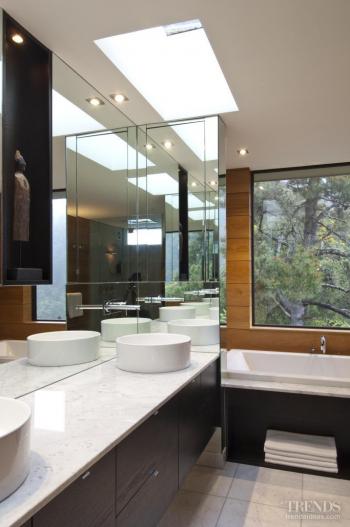 "With the rich green tones of the bush and the view towards the sea, we didn't feel the need to bring much additional colour into the bathroom," says James.

Introducing only two other materials into the room – Carrara marble and mirror – keeps the effect simple and emphasises the setting.

"Any walls not clad in the American oak boards are covered with mirrors, which reflect the timber and surrounding bush," says James.

The boards were specially milled with an extra-wide tongue, creating a negative detail that runs horizontally around the walls. A coating of Gold Seal marine paint was chosen to ensure the timber maintains its condition.

By dividing the bathroom into several zones, the various functions have their own spaces. To take full advantage of the view, the bath was placed directly under the large main window.

"We have even seen deer grazing right in front of us," says the owner.

A mirrored wall at the end of the vanity partially separates the double shower and the make-up area from the main part of the bathroom, while a timber-clad column with shelves for displaying artworks forms a private niche for the toilet.

Skylights ensure the bathroom gets as much sun as possible and plenty of light all day, and one in the ceiling over the double shower catches the morning sun.

The dressing room, which also uses the same simple palette of materials, has its own kitchenette, creating a master suite that becomes a self-contained retreat.