Location, landscaping and length – all elements that influenced the choice of Highbrook Business Park for the site of the new New Zealand Post Mail Service Centre

The modern office park is no longer simply a place where several companies can be situated on one site. Landscaping and amenities are becoming increasingly important in the quest for a functional, aesthetically pleasing workplace environment.

Situated on the edge of the Tamaki River, on the Waiouru Peninsula in East Tamaki, Highbrook Business Park exemplifies a humanitarian approach to office park design. Developed by Highbrook Development and managed by Goodman NZ, this project consists of 107ha of commercial area – 600,000m² of industrial and retail space, surrounded by 40ha of landscaped parkland.

The landscaping was the creation of leading landscape architect Peter Walker, and the masterplan won the 2003 Analysis and Planning Honor Award from the American Society of Landscape Architects.

An interesting feature of the site is the Pukekiwiriki Crater. One of the oldest extinct volcanic craters in Auckland, it rises twenty metres from the river terrace. A walking and running track passes through this crater, on completion spanning 12km and offering coastal views of many of Auckland's landmarks, such as One Tree Hill, Mount Wellington and the Sky Tower. There are also many seated areas around the park for employees and visitors to relax or eat lunch.

The proposed on-site amenities will include a gymnasium, cafés, childcare centre and retail outlets. According to former Manukau City Council mayor Sir Barry Curtis, Highbrook Business Park is expected to create between 12,000 and 15,000 jobs in 10 years time. 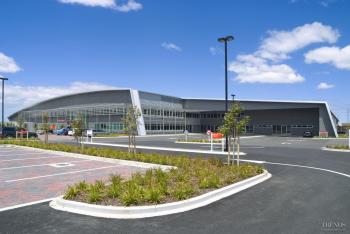 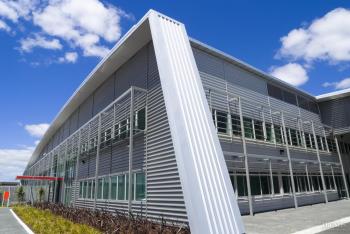