This dark, 1950s house was transformed into an open-plan, airy home with contemporary spirit

Extensively remodeling a home can include a complete character makeover. But it's easier to give a home a new identity if it has none in the first place.

Before architect David Hacin got his hands on this 1950s house, it was plain and uninspiring, and had very little curb appeal.

"It was basically a blank slate. It had small windows, an overpowering roof and no personality," Hacin says.

But Hacin, and the homeowner Lilli Gordon, saw the home's potential. Located in a good neighborhood, it was surrounded by grand residences, and came with a great deal of land. The size and orientation were fine, so the problems were essentially cosmetic.

Gordon lived in the home for a year before the remodeling began. 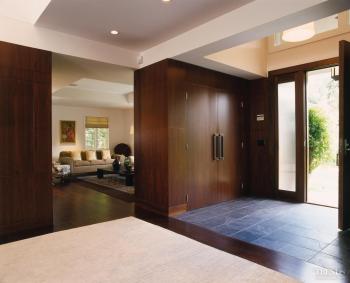 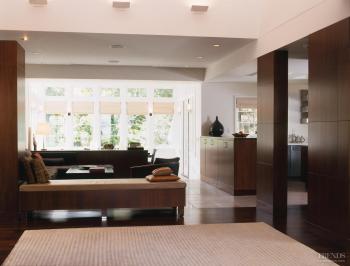 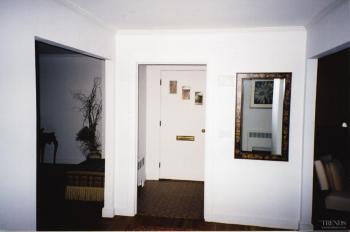 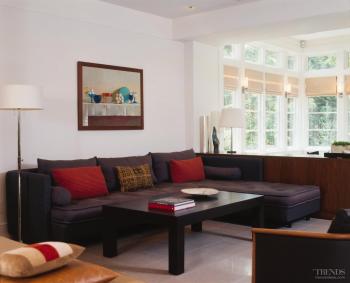 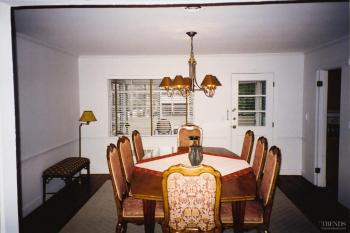 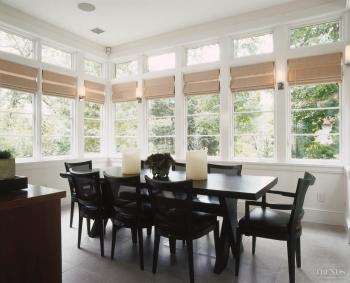 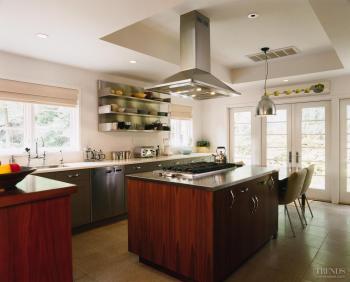 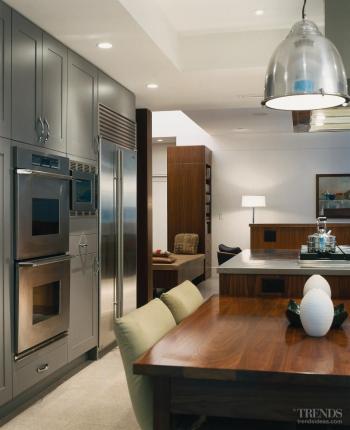 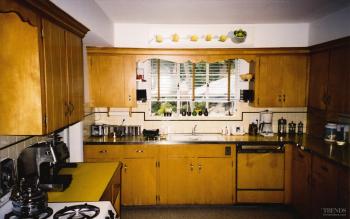 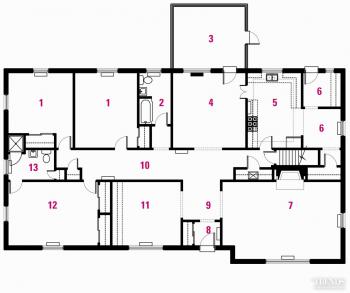 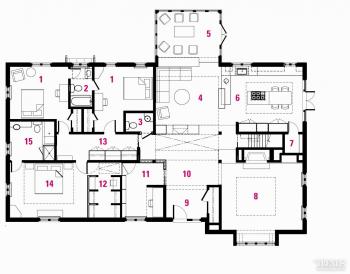 "It was actually very helpful, as I really got to know the house. I learned how the spaces worked, so I was able to improve the remodeling process," she says.

One of the main objectives was to make the house more attractive from the outside. The lower level of the two-story home was concrete, and the upper level was brick, which gave the home adisjointed feel. Hacin decided to clad the entire home in pale-colored stucco, which unified the two levels, and gave it a more contemporary feel.

Gordon felt the home was dominated by the heavy roof structure, so she and Hacin explored various ways of remedying this.

"We were going to bump it up into a series of flat roofs, but we realized that would be too expensive. Instead, we raised the windows above the roof line and created a grand entryway, which counteracts the roof's strong horizontal lines," says Gordon.

The roof's two different materials – shingle and copper – also help to break up the solid feel of the roof, as does the addition of a clerestory turret.

The grand entryway was created because Gordon wanted the home's entrance to have a more ceremonial feel. Having a roofed-over entrance also provides shelter from the wind and rain.

One of the major problems before remodeling was the lack of natural light penetrating into the home's center. Windows were small, and the ceiling was very low. Enlarging several of the home's windows not only helped to minimize the roof's impact, it also allowed more light into the home. Hacin decided the best way to raise the ceiling height without substantially changing the roof line was to remove the home's attic.

"There was plenty of storage in the basement, so by cutting through the attic and adding a clerestory turret we were able to flood the center of the home with light," says Hacin.

Inside, the home's compartmentalized format was replaced with a flexible, loft-like space that is great for entertaining. Instead of a small, en-closed vestibule, the front entrance now opens directly to an expansive foyer, which in turn flows into the family room and kitchen. Barely separated from these spaces are the living room and day room – converted from what used to be an enclosed porch.

"My overwhelming objective was to open up the space, and I wanted the public rooms to be much larger than the private areas," says Gordon.

She didn't want to have unused rooms in the house, so instead of having a separate dining room, the day room doubles as a dining room when necessary.

The kitchen area used to be divided into three separate rooms, so these were joined together to make one large space. There are no upper cupboards, only a few open shelves, which leaves plenty of space for windows. An island was added, and to ensure Gordon is at the center of the action when cooking, the cooktop is positioned on the island rather than on a side wall.

"The large cooktop and ventilation hood provide a dramatic element in the center of the kitchen," says Hacin.

Gordon's private suite was also substantially changed. The office and closet space was reorganized to create a smaller office and a walk-in closet. Extra doors allow Gordon to access her suite from both sides.

"The house has been designed to have as few dead ends as possible. We tried to ensure the flow through the house was very flexible," Hacin says.

Gordon wanted to create a separate powder room, so the children's rooms were redesigned to accommodate this. A shared ensuite bathroom now sits between the two bedrooms.

Gordon's favorite thing about the remodeled home is its added user-friendliness.

"It's not a large house, but it functions well. Sometimes I'm in it with the children, sometimes I'm working, I might be entertaining, or I'm here on my own, and it feels right in all these different situations."