Light, bright, colourful – these are not words usually associated with law offices, but they do reflect the rationale behind this fit-out, which signals a change in culture.

When the Singapore office of Clifford Chance moved to new premises in the Marina Bay Financial Centre, the firm commissioned Space Matrix Design Consultants to design an office that would reinforce the firm's progressive, modern outlook.

Justin Young, Clifford Chance general manager, says the company had formerly worked over three nonconsecutive floors in a different building. Bringing staff together was a crucial part of the design brief.

"We wanted a more open, collaborative and flexible workplace," he says. "While we have corporate design guidelines, we were happy to push the boundaries on these – the brief was very open."

Shagufta Anurag, Space Matrix founder and managing director, says the concept was all about connection – connecting people, spaces and thought processes. The overall design of the office, on a single floor, was consequently based on a plus sign, with the services core at the centre. 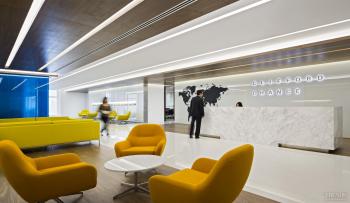 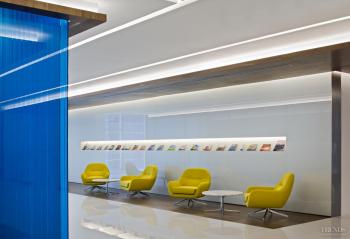 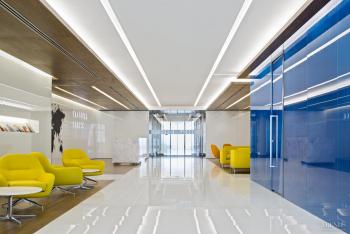 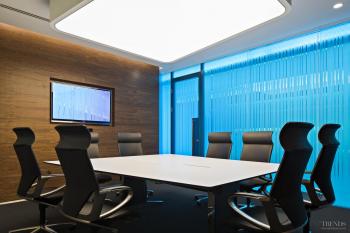 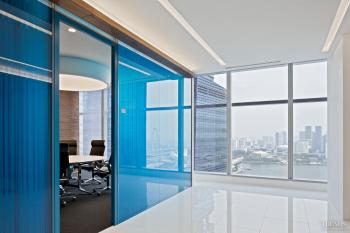 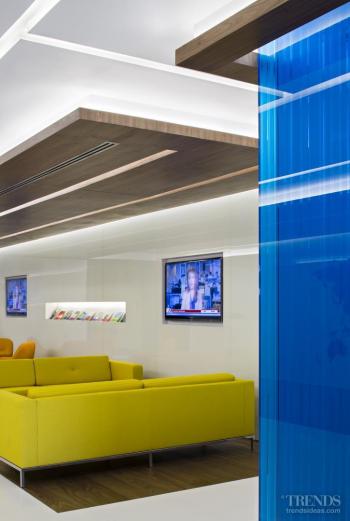 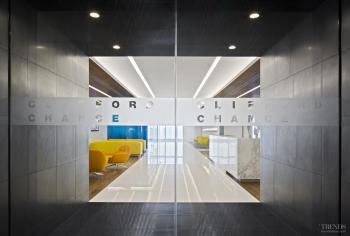 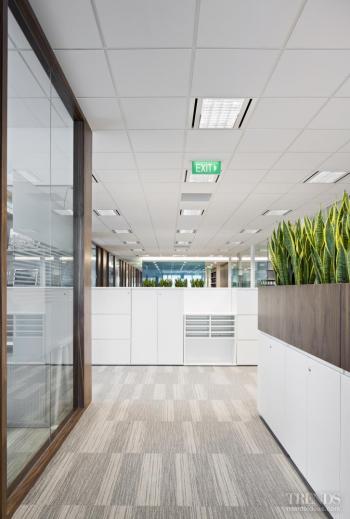 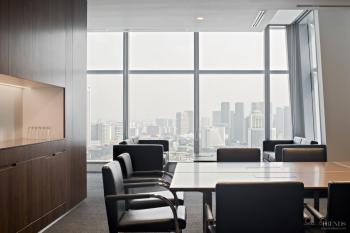 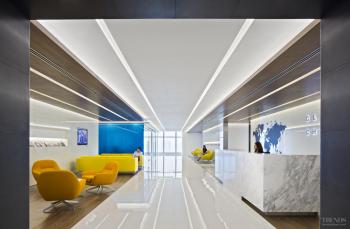 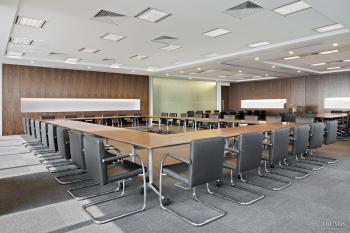 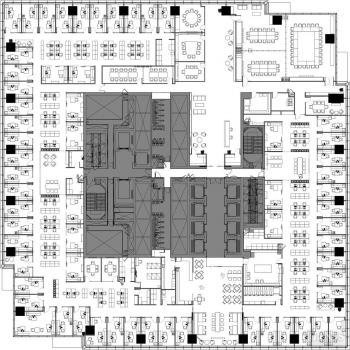 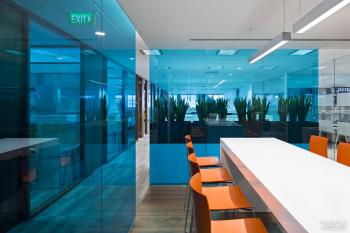 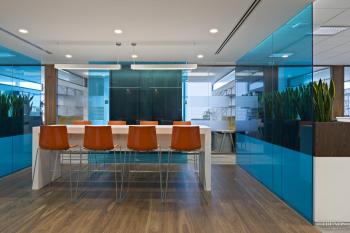 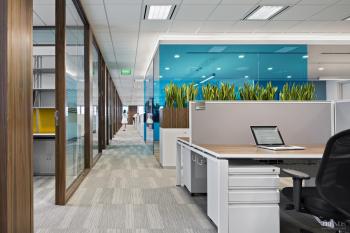 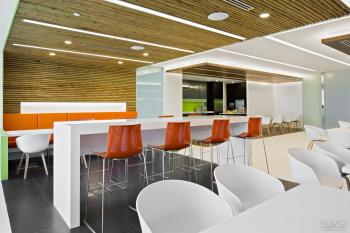 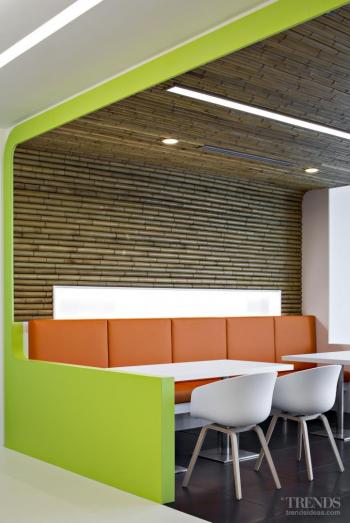 "This provides four entry points to the office, including the main reception area," Anurag says. "Each of these four linked areas also takes the form of a plus sign, with collaborative, breakout areas situated at the intersection point, rather than on the outer edges of the office. This means staff enter directly into a café-style social space, where they can stop and say hello to fellow workers and get a coffee first thing in the morning."

To enhance the concept of connection, the design team created a much more transparent office, with glass rather than solid partitions.

"It's a very clean-lined, transparent interior that reflects the vision of the firm," says Anurag. "There is a real sense of what lies beyond – the unlimited capabilities of Clifford Chance."

Blue film on glass walls helps to define the meeting rooms, which are essentially glass boxes that sit within the office.

"The double-glazed frames are concealed, so the glass walls appear to emerge from the floor and disappear into the ceiling," says Anurag. "Attention to detail is a defining characteristic of a law firm, and so it is with the design of this office."

Two parallel walnut veneer "runways" define the ceiling in the reception area and lead the eye towards the view. This ceiling detail reappears as a seemingly continuous connection on the other side of the services core.

"These ceiling runways are repeated on the floor, with the central floor and ceiling areas finished in white, so the perimeter treatment stands out," says the designer.

The walnut is a darker veneer than that specified in the Clifford Chance global design guidelines, but it is a popular look in Southeast Asia. It also clads walls in meeting rooms, breakout areas and a library, where it helps to create a sense of warmth and intimacy. Anurag says the panelling is perforated and incorporates a special acoustic cushion – a product custom designed by Space Matrix.

"The colours were chosen for the feeling they evoke and the emotion they inspire, rather than the need to brand the office with a particular corporate look," says Anurag. "In the staff pantry, or kitchen, we chose soothing green and orange tones, which complement the bamboo panelling that wraps the walls and ceiling. This space has a completely different feel from the rest of the office, but the ceiling reflects a common design language."

Flexibility is another key feature of the Clifford Chance office. Operable walls around the boardroom can be closed to create three separate meeting rooms. When the walls are opened up the space creates an auditorium that can seat 120 people for seminars.

"Providing such flexibility with the meeting rooms is a much more economic use of space," says Young. "With mobile furniture that hides away when not in use, we can even turn two other meeting rooms into a training room with 12 desks and PCs."

Work areas also offer flexibility, with workers able to group together for specific tasks, or work in quiet areas. While part of the office is open plan, there are also offices positioned around the perimeter of the building. The glass walls ensure there is plenty of natural light flooding into the building.

Young says sustainability is a priority for Clifford Chance. Consequently, the interior was designed to Green Mark Gold Standard – every fixture and fitting, from the lighting and air conditioning to the choice of carpet, was chosen for its environmental credentials.

"Creating an interior that won't date was also a way to ensure sustainability," says Anurag. "Similarly, designing a fit-out that caters directly to the workers and that can evolve and adapt to changing needs is a sustainable solution."

Young says the success of the fit-out is reflected in the increased social interaction, and in the company's decision to use some of these concepts in the revised global design guide.