Maximising space on a sloping site can sometimes mean ending up with a sprawling, multi-level house that looks and feels disjointed. Connecting the areas within becomes more difficult the further each level is stepped down the hillside.

These were problems SPG Architects, the designer of this house, needed to solve to create the open-plan living space its owners were seeking.

The house is set on a relatively small wedge-shaped site, which slopes down toward the valley floor. With neighbours nearby, the owners wanted privacy, but not at the expense of the impressive views.

Principal architect Coty Sidnam says the solution was to add height to the house by building upwards from the flatter part of the lot and cantilevering out the main living areas to increase the floor spans on those levels.

"The main body of the house is lifted up upon a concrete base. As a result, it captures the views above the rooftops of nearby houses," Sidnam says. 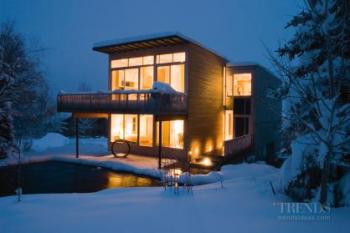 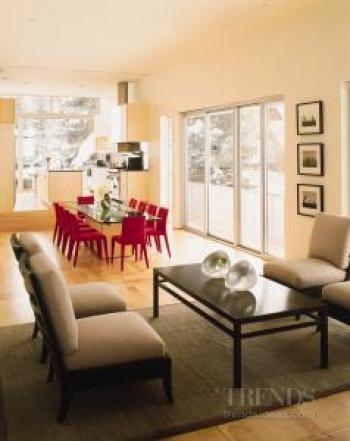 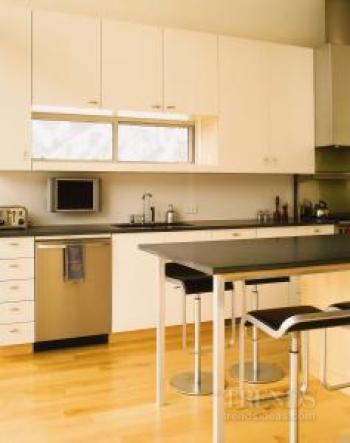 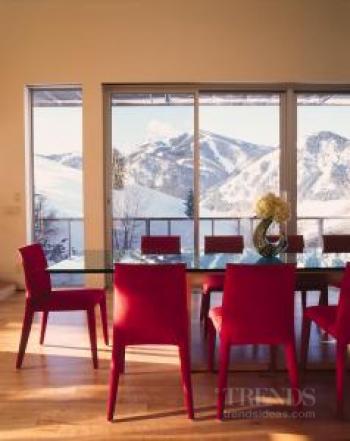 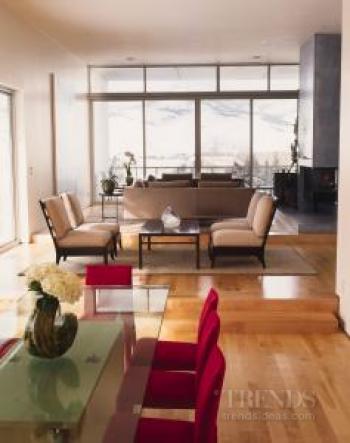 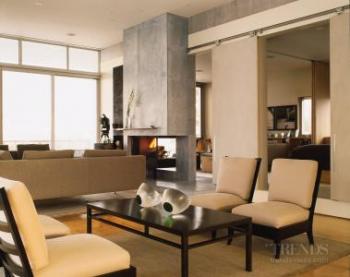 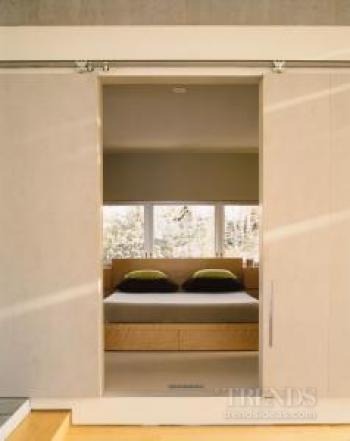 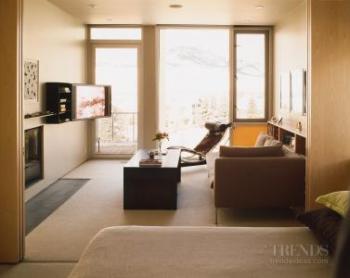 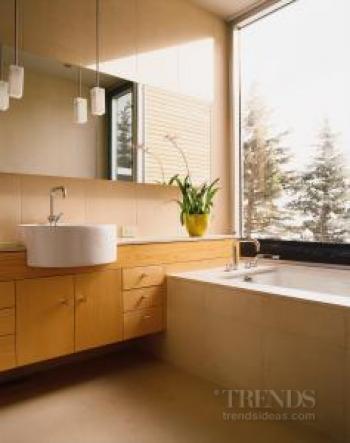 Clad in cedar siding, this section of the house appears as a rectilinear hollow that is open at each end.

"The long sides of the exterior are mostly solid wall, sparsely punctured with windows that frame the mountains from inside.

"Both ends are fully transparent, glazed with large full-height windows, making the space, like the view, seem to go on forever," she says.

The roof has a slight pitch to allow for run-off and, at its tallest point, almost reaches the maximum height limit for the area. Being so high up effectively allows the top floor of the house to be private.

"Ordinarily you would expect to see bedrooms and a family room on the upper level. Instead, we've placed the kitchen, living areas and master suite here," she says.

An internal stairwell, with a single staircase, extends the full height of the three-storey building. During the day, it is lit from above by a skylight and at night by cold cathode lights inside a translucent glass walkway on the third level. This passage connects to a powder room and provides an alternate route from the kitchen to the dining area.

A screen that drops down from the ceiling separates the kitchen from the dining area and is used when entertaining. In other areas on this level, steps serve to delineate rooms. The architect says they represent the undulations in the surrounding landscape, but also provide markers identifying room transitions.

The birch wood flooring and the use of light colours on the walls provide a neutral setting for furniture and other objects.

"The basis of the interior was to create a calm background and then punch it with colour," Sidnam says.

The colour comes from furnishings like the custom-made dining table and red chairs. Coffee tables and shelving units made from black steel also provide a solid contrast to the neutral tones of the floor and walls.

However, none of these elements are intended to be dominant focal points within the interior. They are used to create a comfortable and spacious living environment, but one that takes a backstage seat to the mountains outside.

"Materials and furnishings were selected, for the most part, to be an abstract and tranquil backdrop to the views and the owners' lively collection of paintings and prints," the architect says.