A new, custom-designed workplace can be uplifting – for the workforce and productivity. But just how much does it change things?

Auckland Airport general manager aeronautical operations Judy Nicholl sums it up perfectly when she says, "Before we moved, people managed to work well in spite of the building. Now they work well because of the building – productivity is right up."

And that's exactly the sort of feedback architects love to get, because increasingly, it's precisely what they set out to do. In other words the needs of the workers define the design parameters.

Jasmax was the firm commissioned to design the Quad5 building, which is also the new headquarters for Auckland Airport. Jasmax architect Nick Moyes says this is one of the clearest examples of a building literally designed from the inside out.

"Auckland Airport's wish for all staff to be located on the same level, and, in particular, the specific requirements for meeting and breakout areas determined the shape of the large floorplate extending out from the four-storey block." 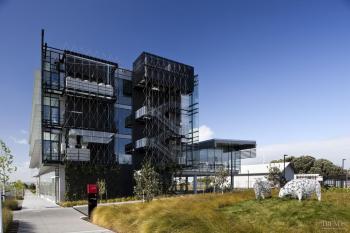 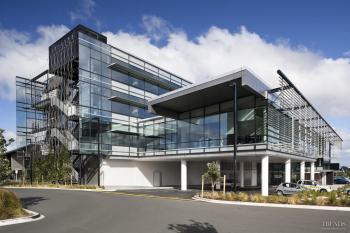 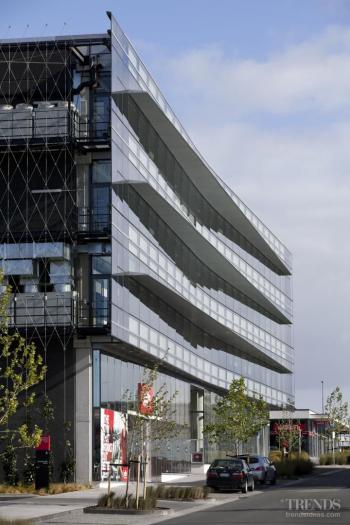 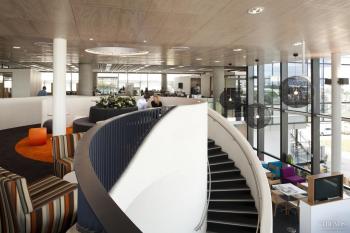 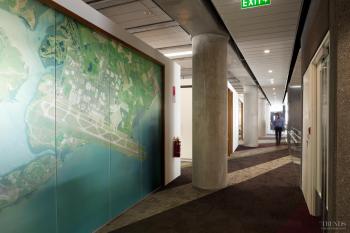 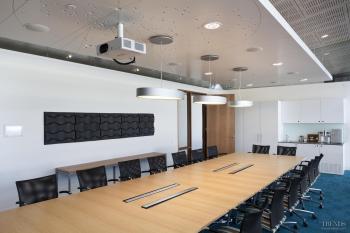 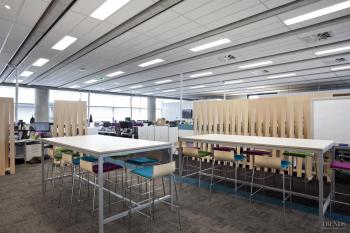 Another significant contributing factor was the need for a building that would set a benchmark for the new airport business precinct. Auckland Airport property manager Peter Alexander says the company wanted to raise the bar for office design in the precinct.

"We wanted to target a 5-Star Green Star rating, and deliver an office building of a higher standard that those in traditional suburban office parks. As the first of the new-style office buildings, this project was a way for Auckland Airport to show its commitment to the precinct and demonstrate how we intend to move forward."

Alexander says the airport office precinct is all about convenience and connectivity – to the city, the rest of the country and the world.

"So many companies today are dependent on foreign markets, in addition to tourism, which sees more than 70% of all visitors to New Zealand passing through Auckland Airport. So it made absolute sense to come up with an urban masterplan for a business park at the airport. We have also carried out surveys to determine exactly what amenities people want, and subsequently have a gymnasium and food and beverage facilities right at hand."

For the company itself, the new office provided an opportunity to bring together staff and improve the work environment. Judy Nicholl says the former workplace was a rabbit warren of rooms, with the office split in two by a wide corridor the size of a school hall.

"It was a very poor example of an old-fashioned open-plan office. It was cramped, with a poor layout, no noise absorption and no natural light. While we put a Band-Aid over some aspects, there wasn't a lot we could do to improve it. People would be tired constantly, and that is one of the biggest things we have noticed with the new office – everyone has so much more energy. In fact, we didn't even know productivity could be improved until we moved and noticed an immediate and real improvement."

Nicholl says improving the connectivity between departments was a key part of the brief to the design team. The company also required better work conditions, engaging spaces where people could interact on an informal basis, and a large staffroom. And the firm wanted to be able to hold large meetings on the premises.

Nick Moyes says the design team had to find the mechanisms that would allow the teams to integrate, and work as one.

"We divided the space loosely, with a main circulation trunk running longitudinally. We added a double-height volume – the extended floorplate – and created a ribbon-like plastered wall to weave together a series of interconnected meeting areas, including mezzanine breakout spaces. This gave us the opportunity to change the scale and feel of each area to provide variety – the ribbon wall provides a sequence of spaces, not unlike a journey, from one end of the office to the other."

The architect says the organic curve of the wall juxtaposes the more angular lines of the building, which has helped define it as the social hub. The entire space, which in places forms a triple-height void, is enclosed by an angled wood veneer ceiling.

"What's behind the suspended ceiling is also significant," says Moyes. "We looked at the most cost-effective way to expose concrete to provide a thermal mass within the building.

"The suspended ceiling sits beneath a concrete ceiling, and is positioned between a series of concrete double Ts. The concrete slowly absorbs warmth and coolness, evening out the temperature. It radiates heat back into the building when the indoor temperature is cold, and helps to cool the building when it gets too hot, reducing energy use.

"We also ensured there was a 15m span to allow a large column-free area, which greatly increases the efficiency of the floorplate."

Providing plenty of natural light is another sustainable design feature. Direct sunlight is blocked by aerofoil-style fixed blades on the building exterior. Reminiscent of wings, their design mirrors the shape of the air ducting within.

"These blade sunscreens are positioned part way down the windows, a design commonly seen in the 1970s," says Moyes. "They allow reflected light to enter through the top of the window, which greatly improves the amount of natural light coming into the building. Yet they prevent solar gain."

HVAC systems are suspended on the outside of the building, behind a stainless steel lattice facade that will become a vertical garden covered in vines.

"The air conditioning units are like the panniers on a bike," says the architect. "And while they will eventually be hidden behind the greenery, they will always be easy to access for maintenance."

The more informal side of the building – the soft edge, with the extended, elevated floorplate facing away from the street – has a raised roof that opens up a view back to the airport. In time, it will open out to an activated, large-scale grassed courtyard.

"This is a building that will simply get better and better with time," says the architect.