Traditional Victorian terrace houses have always had a lot of street appeal. But transforming interiors to fit with modern lifestyles is frequently a labour of love.

For the owners of this property, the dilapidated state of the original building meant they had to virtually rebuild the house from the inside out.

Designer and homeowner Sue Garbler of Sterling Design Concepts says the poor state of the flooring and lack of footings created the need to start almost from scratch. The front facade and one party wall were the only parts left untouched.

"We kept largely to the original footprint, however," says Garbler. "This ensured we retained the sense of the traditional terrace. We also copied the original high ceilings in most of the rooms, re-used the existing bricks, and reinstated much of the architectural detailing."

To make the interior better suited to a family, the original steep staircase near the front door was removed. This left space for a wide, tiled passage that runs the length of the house to the kitchen and courtyard beyond. A new staircase with a landing was positioned on the other side of the house near the rear. 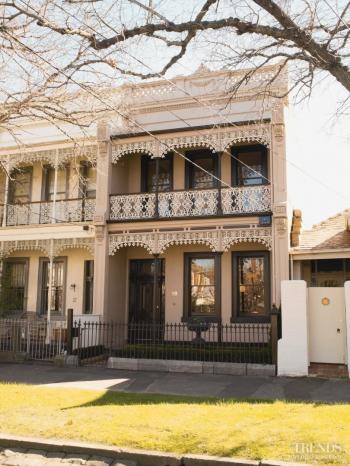 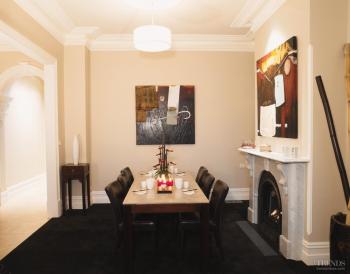 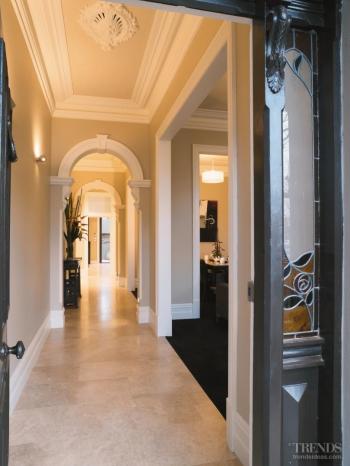 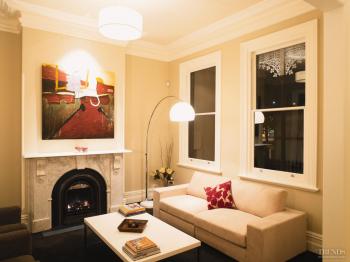 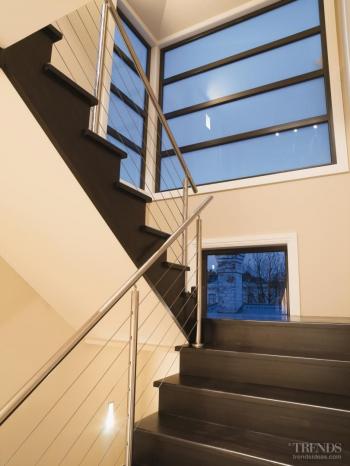 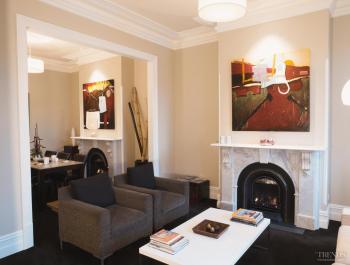 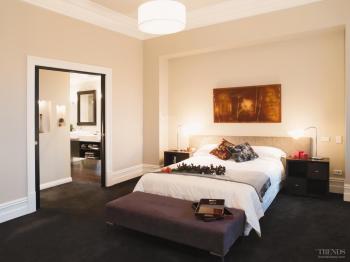 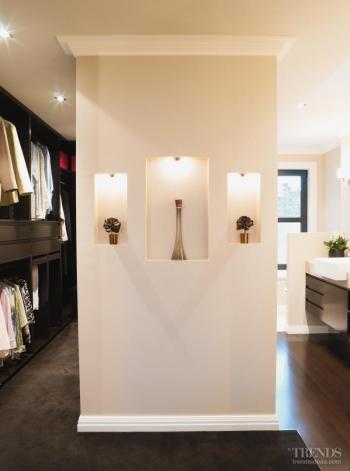 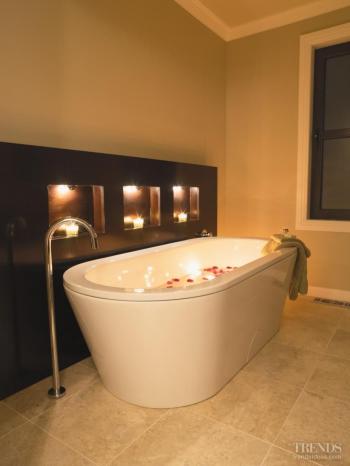 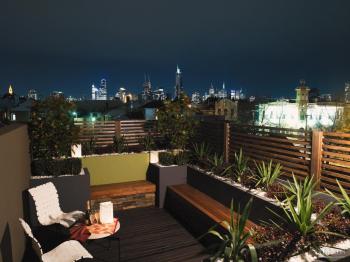 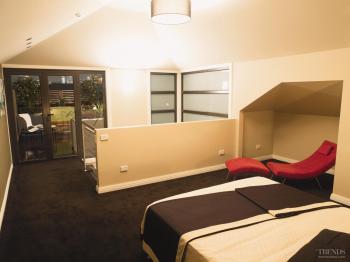 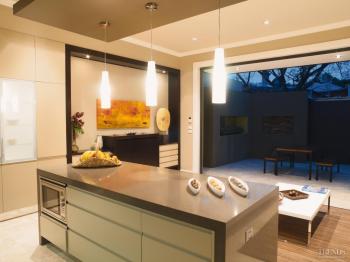 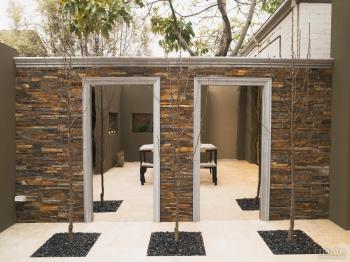 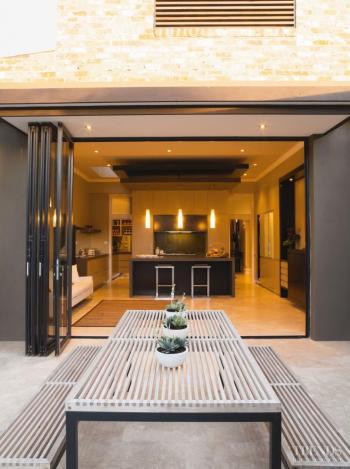 Back-to-back fireplaces in the formal living and dining rooms were also moved to side walls, creating a large opening between the rooms.

"Removing the stairs and opening up the entire living space created a much lighter, more spacious interior," says Garbler. "When you enter the house now, the first impression is a sense of space."

Garbler says the existing footprint was slightly altered to incorporate the unused breezeway, which formerly ran down one side of the house. This enabled the size of the informal living areas to be increased by about 1500mm.

"Removing a wall of joinery also helped to open up the interior," she says.

Adapting the house to suit modern living was a priority for the owners. Consequently a bedroom on the first floor was transformed into the master ensuite and dressing room.

A wide opening in the bedroom leads to these rooms, which are partially screened behind a decorative wall that also accommodates built-in storage.

A lowered ceiling in the ensuite and dressing room created enough room above to build a new bedroom and studio within the building envelope. This space leads out to a roof terrace providing extensive city views.

Garbler says the new stairwell features stairs of Victorian ash stained in black Japan, and was designed to make a strong visual statement. The stairs were also coloured to complement the carpet tones.

The contemporary flavour is even more evident in the north-facing kitchen at the rear of the house.

"I wasn't going to mimic the original kitchen, but I did want to keep the finishes similar to the rest of the house," says Garbler. "It was important to have a continuity that would visually pull together the new and old spaces."

The limestone tiles that run the length of the house provide one linking element – the use of dark wood veneer throughout the house was another constant. Colour also plays a major role, says Garbler.

"The warm neutral shade, used in varying strengths throughout the house, suggests the house has a history. But it is also a very up-to-date colour, which adds an inviting warmth to the interior in winter. It's a shade that doesn't overpower the darker rooms on the south side, or look washed out in the sun-filled spaces."

Kitchen cabinets are painted in the full-strength neutral and feature toning CaesarStone benchtops. Garbler says the island was designed to be both a casual eating area and a buffet area when the family is entertaining outdoors. For this reason, and to keep it free of clutter, the island does not include a sink.

As the kitchen space includes an entertainment zone, it is designed to blend with the living space. Large appliances, including the fridge and freezer, are integrated where possible and a separate butler's pantry keeps food supplies and small appliances hidden from view. Flush cabinetry, with recessed pulls on drawers and touch-lock doors, further enhances the streamlined look.

Continuity is also reinforced by the awning above the bifold doors. Its square, layered form mimics the ceiling treatment in the kitchen, helping to create a seamless transition between inside and out.