Intellectual circles have long debated the way art and life interact. While inspiration and response are often talked about in elevated tones, the practical implications of bringing art and daily life together are rarely considered. Thoughtful architecture can bring them close together, creating a home for both within a single space.

Architect Ed Niles has gone some way to bridging the gap between art and life with his design of this contemporary city residence. Built to house both a family and a significant art collection, the design owes some of its concept to the work of Dutch artist Piet Mondrian.

"In creating a contemporary piece of architecture, I wanted the design to be more than just something that responded to the style of the time. Mondrian's style used colour and form subdivided into spaces and it's this aspect of his work that I have interpreted in my design," says Niles.

This artistic concept, translated into architecture, can be seen in the façade, which makes its first impression when viewed from the street. Here, the geometric forms of the home's structure are used to visually segment the look of the exterior.

"This is done through exposing the skeleton of the house's structure as the frame emerges from the solid form of the building," says Niles. 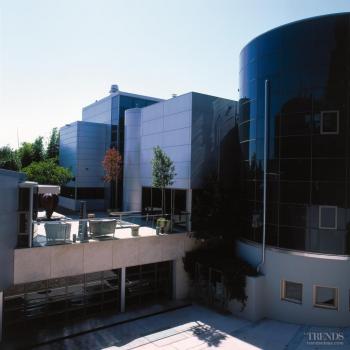 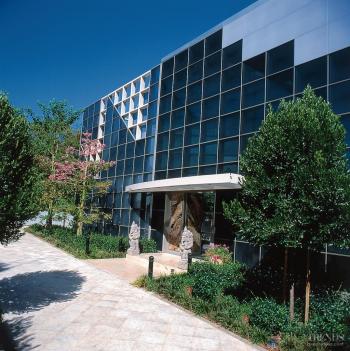 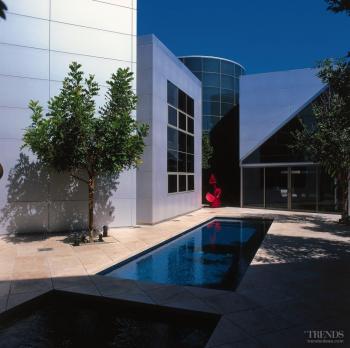 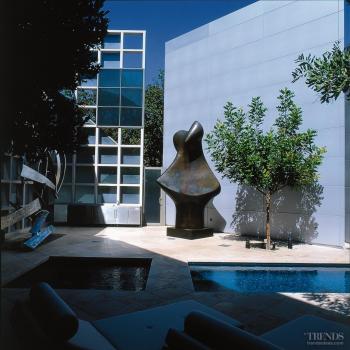 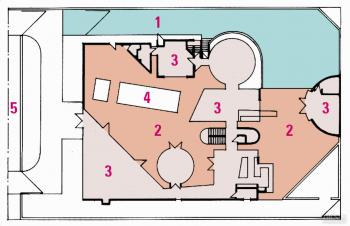 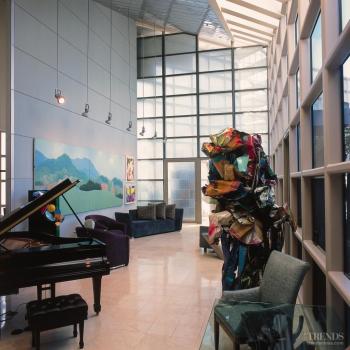 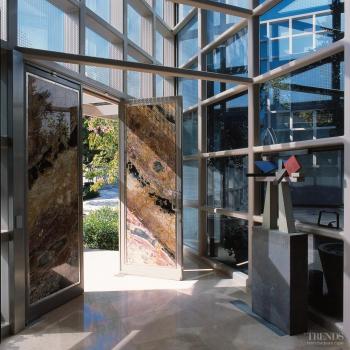 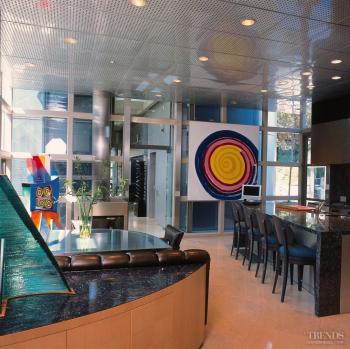 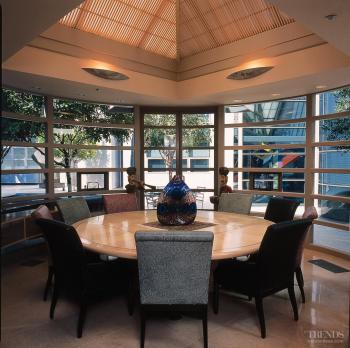 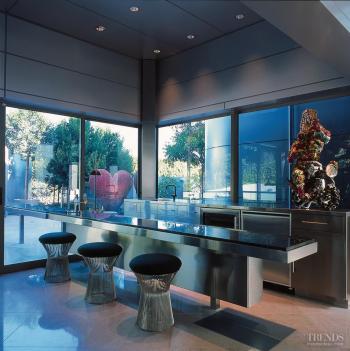 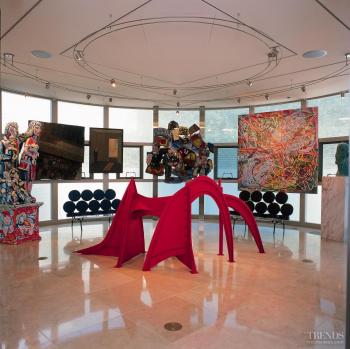 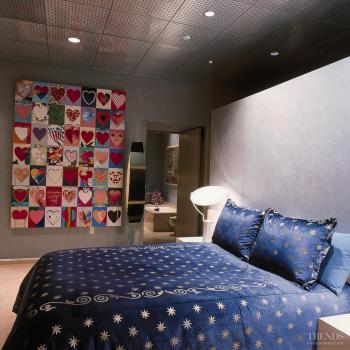 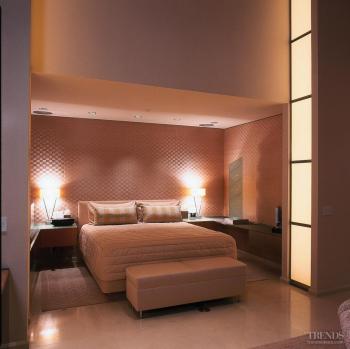 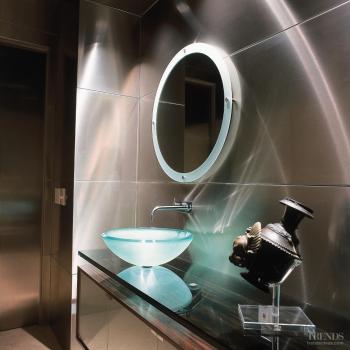 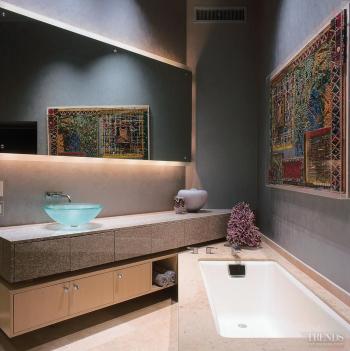 "The spaces this creates are filled with transparent materials and then the structure returns to its solid form. All of this is made from the same construction system used throughout the building."

The combination of skeletal structure and transparent materials has given the design a sculptural quality, particularly apparent at night, says Niles.

"The lighting from inside creates a lantern-like effect," he says. "The varying levels of transparency let people know that something is going on, even though they can't see what it is."

Taking this design approach helped open the home to the street rather than just creating a dark, solid mass. The home's location is busily urban, with an alley system running at the rear of the site. The surrounding homes are a mix of early 20th century traditional styles, so Niles' contemporary design was set to stand out.

"From the street the house reads bigger than it is, because the design is intended to visually reach out and increase the size of the actual space," says Niles.

The design evolved partially as a response to the urban setting, with the layout wrapping around a private central courtyard. It's this open centre that goes some way to fooling the senses on approaching the house. The main entrance is set in a long wall of glass, but once through the door you enter a linear gallery space and see the open courtyard, through the transparent wall to your left. The house then encircles the courtyard, creating a central outdoor living space in the style of a small-scale piazza.

A second courtyard was developed on a platform above the home's three-car garage. The two courtyards accommodate the family's outdoor living needs in a climate where the outdoors can be enjoyed frequently. At the same time, they provide very private space in the middle of a busy urban setting.

The courtyards are also used to display some of the larger sculptural works that make up part of the family's art collection. The rear courtyard links the main building to the separate guest house at the back of the property.

"The courtyards are connected by way of sliding doors on either side of the main family living area," says Niles. "The quality of these spaces is the same, from one to the next."

This part of the property received plenty of attention, Niles says, because the owners usually enter through the rear courtyard rather than the main entrance. This rear elevation has a commercial appearance, thanks to the mixed geometric forms of the structure and the glass and aluminium cladding.

"The alley behind the house is on a slightly higher elevation than the property," says Niles. "So, it was important to have a mostly solid form for the sake of privacy."

Etched glass has been used extensively in this elevation, as the master suite and other private areas on this side of the building are visible from the alley running behind the house.

The opaque finish of the glass means that at night, only a light glow is visible from the outside.

On the inside, the owners' experience is much more open and connected than in their previous home, which occupied the same site. The gallery-like living space leads into an open kitchen and bar area with views to the interior living spaces and the exterior courtyards on both sides of the building.

"They are gradually living with less, seeing the house as a finished product, not something that needed further gilding," says Niles. "This is part of the responsibility of an architect – allowing clients to see options for how they can live differently."