Preserving heritage buildings from seismic damage and making them safer is a focus for specialist engineers, says John Hare of Holmes Consulting Group

Nobody knows exactly how many buildings in New Zealand can be classed as earthquake risks, but there's little doubt it's a frightening number.

Recent earthquakes have put the spotlight firmly on the safety of the country's buildings, with owners and users alike concerned to understand how well they might perform in an earthquake, and what they can do to improve them.

In the case of New Zealand's precious heritage buildings, it's an exceptionally fine balance between preserving the heritage quality and delivering the appropriate levels of safety for the people who use them. Across the country, specialist engineers are finding ways to do exactly that.

Earthquake risk building is a general term to describe all buildings either not designed to withstand earthquakes, or those designed to a significantly lower level of seismic resistance than a new building would be designed to deliver. In simple terms, that lower level is less than 67% of the equivalent new building design load. Of these buildings, some will prove to be ‘earthquake prone', meaning they demonstrate less than the 33% minimum level of resistance required by the Building Act 2004 for existing buildings. Those that are deemed to be earthquake prone are required by proposed law changes to be demolished or seismically strengthened over a period of time.Strengthen to protect life, or the building?

The Building Act and its earthquake prone provisions are primarily – and appropriately – aimed at protecting human life, not buildings. Provided all of the occupants survive a moderate earthquake, the objective of the legislation is satisfied. However, satisfying the legislation might not be enough for the building to survive, even if its occupants do. For example, a brittle brick heritage building that is strengthened with a tough, ductile steel frame, without reducing damaging movement, may simply shed the brickwork. That would leave the frame relatively undamaged, but the heritage aspect of the building would have been lost.

A different approach needs to be considered for strengthening of heritage buildings, focusing on reducing damage in addition to making the building safe for the people using it. The challenge is that it's not easy, and it often isn't cheap. Where conventional analysis fails

New buildings are designed to the Building Code to ensure they behave – and even fail – in a predictable fashion. But existing buildings may behave unpredictably according to both stiffness and the strength of their elements, many of which were never designed to resist seismic loads.

Building analysis tools used on new structures are seldom sophisticated enough to be able to predict what happens when parts of the building are overloaded. But stopping the analysis at that point will often not detect issues which may be more critical to the survival of the building and its occupants. That can lead to very conservative strengthening solutions, or even unsafe systems if the resulting strengthening isn't compatible with the building's natural behaviour. Interim securing – a short-term solution

Typically, one of the main vulnerabilities of heritage buildings is their lack of structural connectivity – all that holds them together is often just gravity and friction between the elements. Earthquakes have a way of finding these weaknesses and shaking the building apart. In cases where a suitable strengthening solution cannot be found, it's sometimes best to design and install interim securing measures. Interim securing ties the building together so that it can at least develop its potential until a strengthening solution can be found.

The Christchurch earthquakes demonstrated that good interim securing can be very effective in reducing the potential for catastrophic collapse of heritage buildings. One of the best examples in the city is the Arts Centre, where most of the old stone buildings had undergone interim securing, but were yet to be strengthened. Although the buildings were damaged, they stayed standing, and their occupants lived to tell the tale.Is earthquake risk real?

In spite of recent, major seismic events in New Zealand, many people still hold the dangerous misconception that there are some areas of the country free of earthquake risk. Unfortunately, although some areas appear further away from fault lines, there's nowhere in New Zealand that's safe from the threat. As the Christchurch earthquakes proved, there could be unknown faults almost anywhere.

New Zealand's seismic design code already makes allowance for the lower risk of earthquake in the regions away from the main fault lines, by reducing the required design loads in those areas. Even for Auckland, a city with a relatively low risk of damaging earthquakes, the question of what happens when there IS an earthquake is what we need to consider, if we are to preserve our heritage. At the very least, we should identify the most at risk buildings and determine a sensible way to deal with them. Heritage buildings will certainly figure prominently in that discussion.The final word: act now, not later 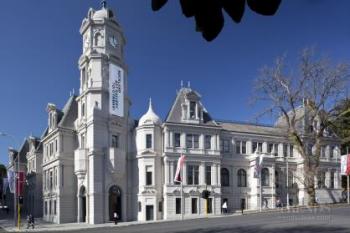 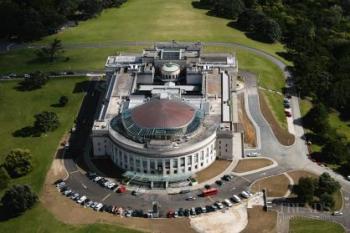 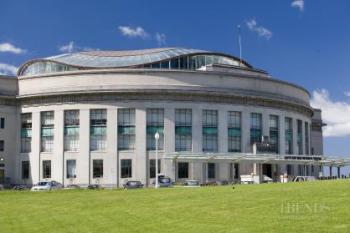 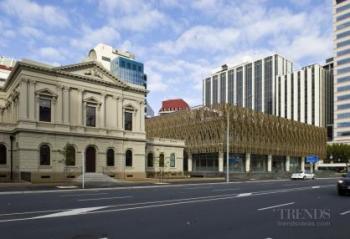