Before renovating a protected building, issues such as structural profile, exterior detailing and safety are all looked at in stringent detail. This attention may even extend to the use of an approved turn-of-the-century colour palette on a home's exterior.

The project featured here, a renovation of a late Victorian structure with a grade-A Historic Places Trust rating, was just such a detailed undertaking. Architects Michael Melville and John Mills spent a number of years in consultation with architect and conservator Ian Bowman and the Historic Places Trust before go-ahead for the project was obtained.

"The plan was to create two contemporary apartments on the upper floor by taking advantage of a large attic space and raising the roof 1.5m over parts of the space," says Melville. "Existing gables were retained and the exterior filigree brickwork on the addition was either re-created from original materials or rebuilt in empathy."

While the extension had to sit well with the existing exterior, right down to the use of colours approved by the Heritage Trust, the interiors of the new apartments have a bold, modern character.

"They are used as executive stays and as such are designed to be appreciated at night," says Mills. "The interiors reflect this with an extensive use of bold colour and shiny jarrah wood floors." 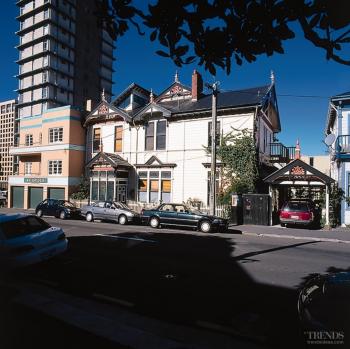 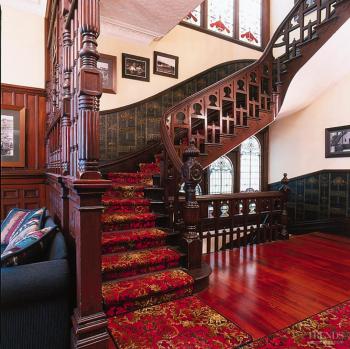 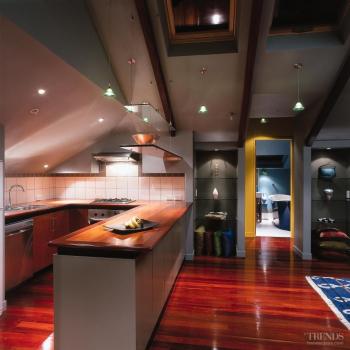 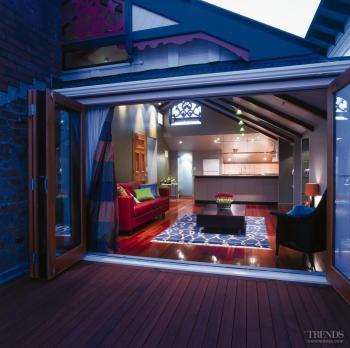 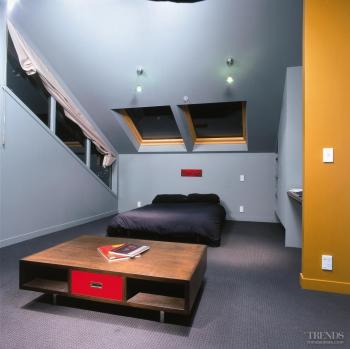 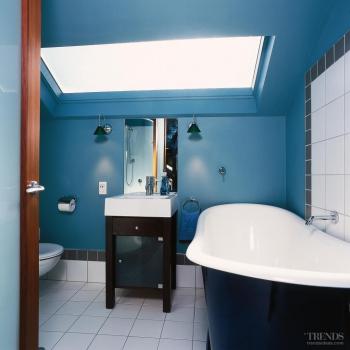 Strong tones, such as the living room's deep green, accentuate the high stud, while a generous use of lighting serves to augment the rich décor.

"Vibrant colours and layering of pattern were also popular in late Victorian times, so while the décor has an exuberantly modern feel it is also in a sense faithful to the home's past," says Melville. "Given the living area's high stud, we used grey mid-tones for the base colour, which makes the darker tones appear even richer."

The use of grey as a base also toned down the definition between the gables and the walls, effectively blending the walls and the ceiling.