Space is a luxury when it comes to inner city living – many apartments are small and have limited scope for decoration. But, as the New York apartment featured on these pages shows, sometimes there can be a clever solution to the problem.

The owners acquired a second apartment immediately below their unit and chose to link the two with a large stairwell, creating one large home.

Interior designer John Barman says he was given a blank canvas when it came to decorating the interior. As the original layout of the rooms had been changed extensively, there was plenty of opportunity to create a new look.

"The apartment is in a 1920s building that has a distinct Deco style and elements of a French ‘40s look," says Barman. "I wanted to keep some of that elegant feeling on the interior."

Original windows were replaced with stronger steel windows in the same style. Concealed blinds ensure the views across Central Park are maximized and the windows remain a key design feature. 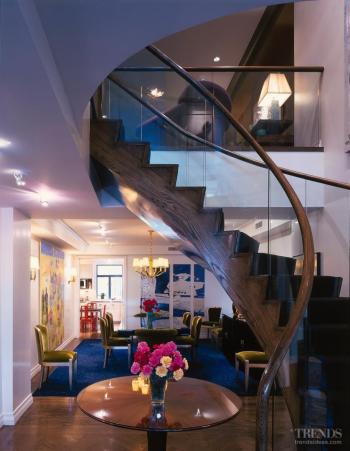 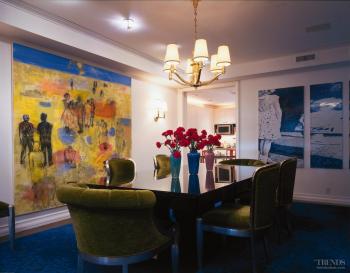 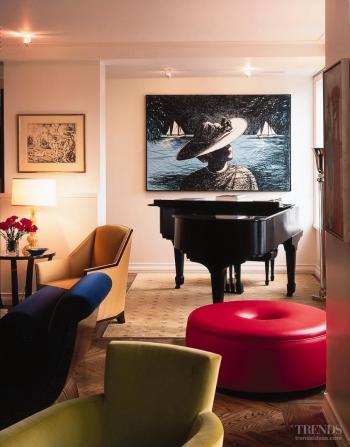 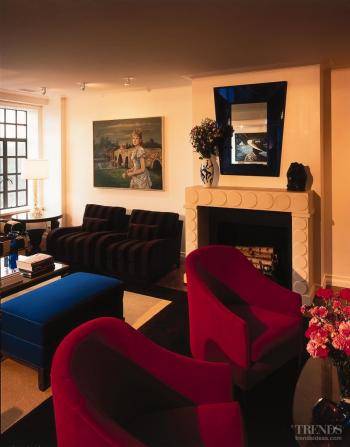 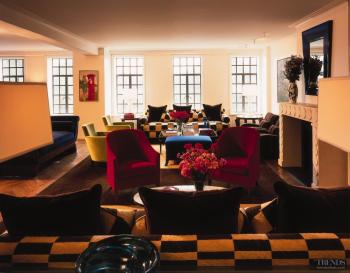 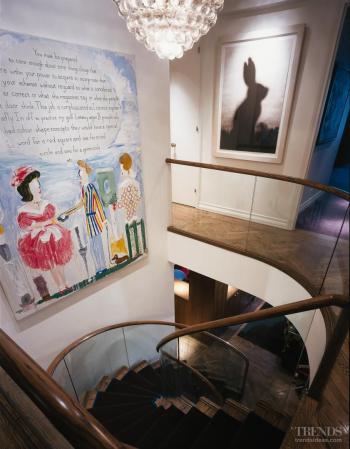 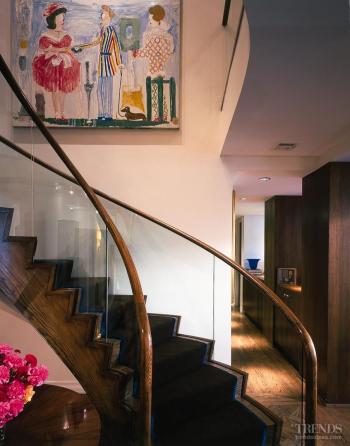 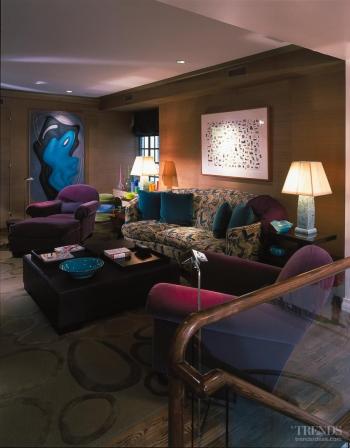 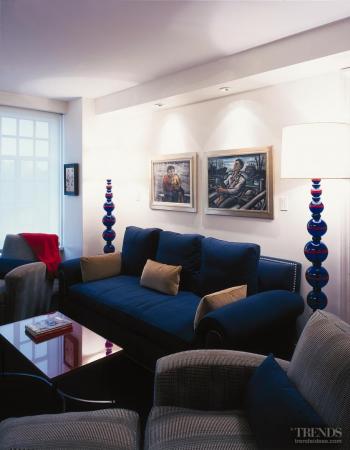 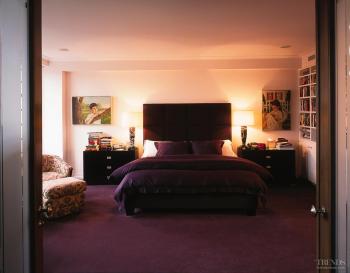 Walls in the living areas on the lower level were painted white to provide an unobtrusive background for the furnishings and the art. Rich, jewel colors were specified for the formal living room, where sofas and chairs feature red, green, blue and dark-brown tones.

"The bold blocks of color add a crisp feel," says Barman. "Black furniture and accessories, such as the grand piano and the mirror above the fireplace, create further contrast for visual impact."

Barman says textures are also varied for added interest. Sofas, armchairs and a chaise lounge feature velvets and bouclé fabrics, while ottomans are upholstered in leather. Two long sofas are covered in a checkerboard Clarence House fabric, which has a graphic pattern reminiscent of the window designs. The position of the sofas, at either end of the room, provides visual balance.

To further define the large space, seating is arranged in groups. This still allows people to intermingle easily when the owners entertain, says Barman.

A large, dark-brown rug helps link the respective seating areas. Beige-colored inserts in the rug provide visual relief and offset the coffee tables either side of the fireplace.

Another casual living room on the same floor has a blue sofa and matching glass lamps. On the second level, an intimate media room features a textured grass cloth wallcovering and more muted tones of purple. Velvet furnishings and lamps also add to the ambiance.

Barman says the paintings were placed after the furniture – their positions partly determined by the colors and style of the various rooms.

"The large painting in the dining room, for example, tones in well with the upholstered dining chairs. The custom-made glass vases on the table also bring out colors in the painting."

Other accessories include period glass pieces, which fit in with the Deco theme, and a collection of lamps that provide subdued, ambient lighting.