Traditional touches provide a sense of timelessness in this renovated bathroom

Less can definitely be more when a large awkward area detracts from the comfort of a house. Dividing such an area into smaller, more practical rooms can be a better way to utilise existing space – as this project shows.

To suit the needs of a family of five, bathroom designer Debra DeLorenzo converted a bathroom and irregularly shaped laundry into two compact bathrooms and a sleeker laundry.

"Because the house has no ensuite it was a huge benefit to be able to create two bathrooms, with a shower in each to accommodate three sports-mad teenage girls, who sometimes shower twice a day," says DeLorenzo.

The former laundry was larger than it needed to be. As well as containing the usual washing machine and dryer, it had a shower awkwardly tucked into a corner, and a back door.

By placing a wall beside the back door within the former laundry, the designer was able to divide the space, creating the necessary second bathroom and a small laundry with back door access. 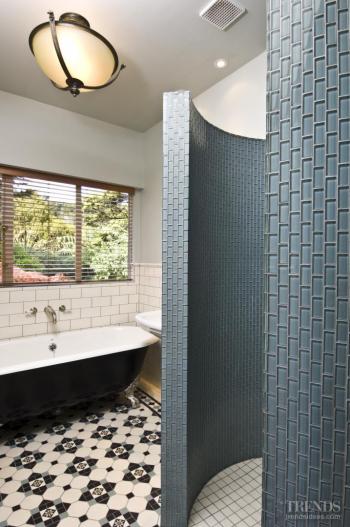 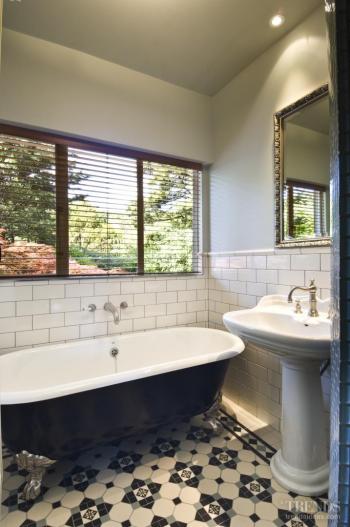 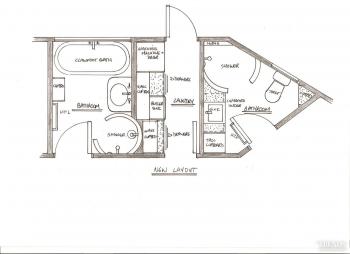 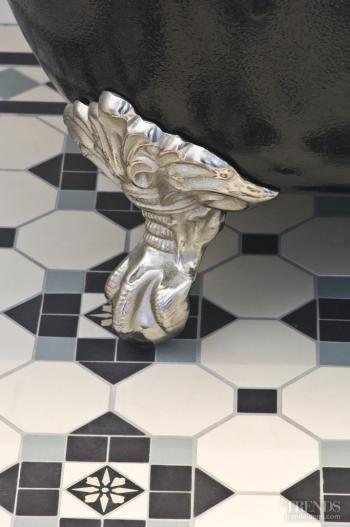 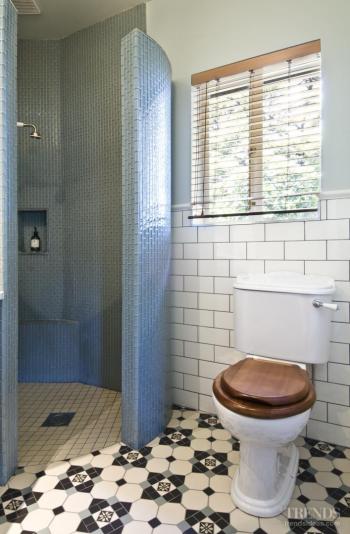 The new layout and the house's brick construction made it impractical to enlarge the windows in the exterior wall. To make the most of the sunlight streaming into the small rooms, DeLorenzo specified modern glass mosaic tiles for the showers, for their reflective quality. In the laundry natural light pours through four glass panes in the top half of the back door.

As the homeowner sought a timeless look with ornate details, DeLorenzo combined modern and traditional materials. Winckelman floor tiles coupled with white wall tiles in a brickwork pattern provide a retro contrast to the classical fittings. A pedestal sink and clawfoot tub, both with traditional tapware, complete the look. The showers were left doorless as the homeowner preferred not to have to clean glass doors.